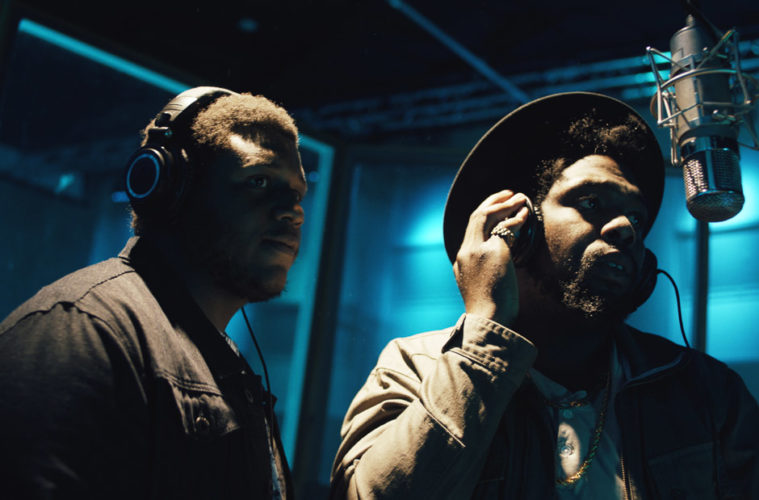 It’s a bold move to follow up a festival favorite indie film from a couple of years back with a Los Angeles-set series of vignettes punctuated by poetry. Such is the case with director Carlos López Estrada’s sophomore effort Summertime. The young filmmaker turned heads with the provocative Blindspotting at Sundance 2018. He aims at something similar here, though with a decidedly different spin.

Set in Los Angeles, the film takes place over one long summer day as twenty-five separate young people quite literally wax poetic about their hopes, dreams, fears, and passions. A bit cringe-inducing at the start, all involved find their stride quickly enough. In one particular scene–a poetry battle set in a couple’s therapy session–Summertime gets lighter and a bit more engaging.

Similarly, the film charts the rise of a hip-hop duo called Anewbyss (Bryce Banks) and Rah (Austin Antoine) to some breezy comic effect. The press notes reference Richard Linklater’s seminal indie Slacker, as well they should. The structure used is similar, as the narrative finds one character after another, allowing them to explore their city as they voice their emotions into the world. At times there’s a self-seriousness quickly countered with levity, an alchemy that works well.

Lopez has such love for all his subjects and their words. A young woman recently heartbroken (Maia Mayor) wishes she could read a bookshop to death; an Asian man (Gordon Ip) gets promoted at a burger joint only to deal with the impossible stress of rude customers; a young African-American man (Tyris Winter) on a mission to capture the gentrification of the city through his Yelp reviews tries his best to suppress some of his own personal scars.

The film’s setting in the City of Angels is captured by cinematographer John Schmidt with an equal amount of love. Graffiti-lined alleys, eclectic food shops, worn-out music venues and, finally, the city skyline are admired by Schmidt’s camera with beautiful wide-angled lenses. The script is credited to Dave Harris and “27 Get Lit Poets.” Get Lit is a non-profit organization that uses poetry as a way to help at-risk teens and improve teen illiteracy. They also boast a curriculum currently being used in one-hundred schools. Look them up if you want to smile.

Frankly, this is content that makes one feel a bit better about the future. All the poems may not connect, all of the performances may not stick, and the ending may play a bit more maudlin than intended, but the energy on display and the goodness therein should be enough to melt the coldest of hearts. It’s a brazen second film from an exciting filmmaker, capitalizing off of a truly collaborative effort to create something that feels singular.