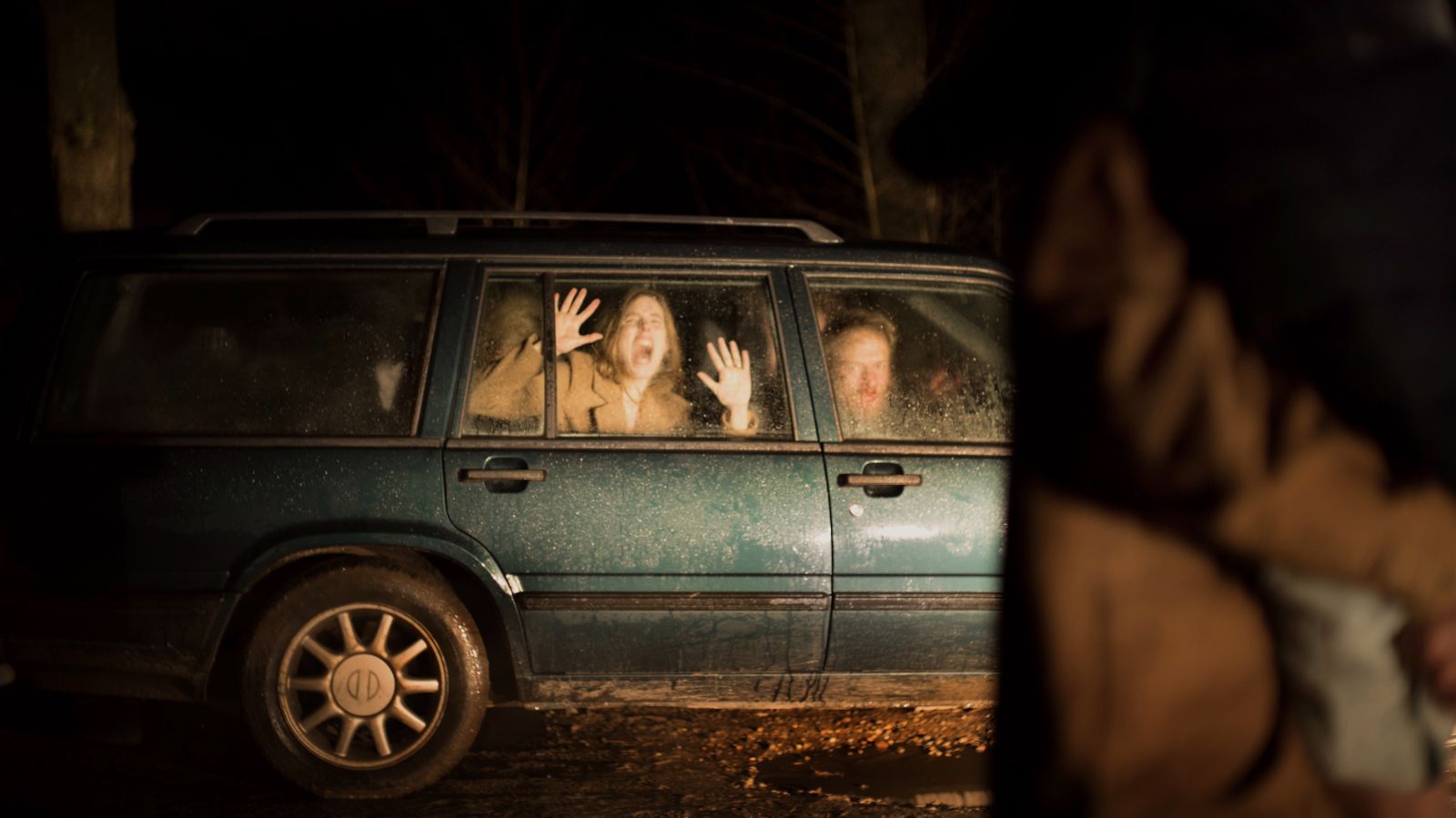 Speak No Evil is terrifying, shocking, and deeply, deeply unsettling. There’s no getting around the upset factor. Audiences who catch this Sundance entry from Denmark should be warned: this one’s gonna hurt. The latest from Christian Tafdrup has the brutal shock value of George Sluizer’s The Vanishing and gut-punching, visceral impact of Haneke’s Funny Games. Speak No Evil does not reach the level of ingenuity and freshness found in those similarly potent antecedents. But what it lacks in originality is compensated in chilling execution.

It’s the third feature from Tafdrup, a Danish writer-director who co-penned Evil with his brother, Mads Tafdrup. And it’s a smart, deceptive script. For more than half the film, Speak No Evil plays as dark comedy of manners, Ruben Östlund-style. Its tone slowly shifts, growing darker and stranger. Evil is ultimately revealed to be a horror film rooted in some key societal issues. (Naming these would spoil the final stretch.) Some sizable plot holes lead to an ending with more questions than answers. Still, that ending—about which more shortly—is so powerful that such issues are likely forgotten.

It opens in idyllic Tuscany as Bjørn (Morten Burian) and Louise (Sidsel Siem Koch) watch their young daughter Agnes (Liva Forsberg) swim with glee. At the pool, at dinner, and then on the street, the trio come into contact with a family from the Netherlands. They are the affable Patrick (Fedja van Huêt), Karin (Karina Smulders), and their little boy, Abel (Marius Damslev). The families become fast friends, and when their Dutch counterparts invite Bjørn, Louise, and Agnes to visit it seems like a welcome getaway. Even Abel, who is unable to speak—Patrick explains that “he was born without a tongue, or a smaller tongue than you and me”—is said to be anxiously anticipating a visit from Agnes.

If the house is a bit cramped, its vibes are lovely. Still, some elements rub Louise the wrong way and Agnes is frightened to sleep in Abel’s room. “You’re with mom and dad now,” Lousie tells Agnes. “Nothing’s going to happen to you.” After an off-putting parents’-night-out, Louise has had enough. The family departs, undetected, until a seemingly left-behind stuffed bunny causes a guilt-ridden Bjørn to turn back. (Important lesson for parents: Either buy two of your child’s beloved stuffies, or be prepared to hold your ground amidst an onslaught of tears should it get left behind. Do not, under any circumstances, head back to the home of a family you met on holiday in order to retrieve said stuffed animal. Nothing positive will follow.)

Bjørn encounters a shell-shocked Patrick. “It truly breaks my heart that you haven’t enjoyed your stay,” he utters defeatedly. “It makes me wonder if maybe I’ve failed as a host.” Sure enough the Danes decide to stick it out for a bit longer. As one may guess, soon it all will descend into chaos. Through it all, Speak No Evil is anchored by the acting of Burian, Koch, and most notably van Huêt as Patrick. This is a revelatory, star-making performance; van Huêt dominates the screen, especially as Patrick’s true nature is revealed. It helps that the situation is so believable. What adult hasn’t been so taken by a new friend that they turn a blind eye to things that don’t add up?

Speak No Evil‘s final 15 minutes are horrifically unforgettable, featuring a moment of extreme violence that dares viewers to look away. It is so unsettling, in fact, that the very idea of rewatching the film is outrageous. Even recommending it is tricky. Rarely have I seen a horror film that inspires a reaction quite like this one. There are moments—Abel silently screaming (and offering a subtle clue of what’s to come); Patrick drunkenly swerving his car with music blasting at ear-splitting volume; a quiet moment in which Bjørn realizes that he and his family are pretty much screwed—that viewers will find extraordinarily difficult to shake. Speak No Evil is riveting and upsetting in equal measure. And I never, ever want to see it again.

Speak No Evil premiered at the 2022 Sundance Film Festival and will be released by Shudder.