Sundance Review: Some Kind of Heaven Examines Whether Retirement Can Be Paradise 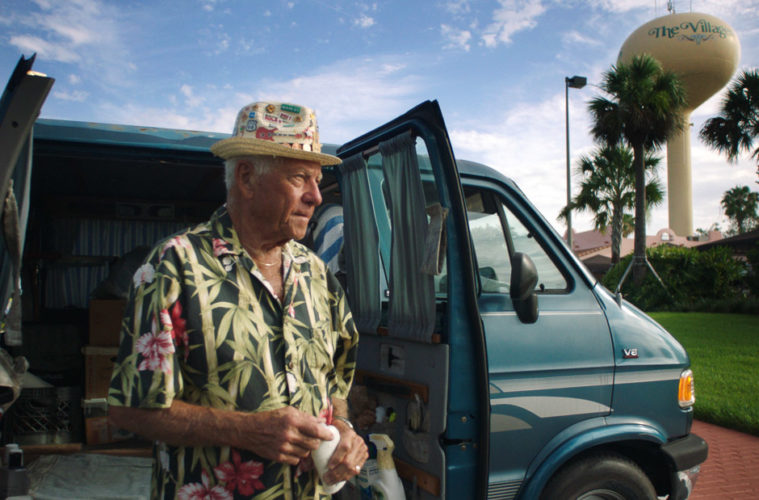 The draws of living inside The Villages, the largest over-55 retirement community in the country, are readily apparent. For the nearly 115,000 veterans planted within the insulated Floridian suburban sprawl, there is no reason to be bored with life. Its complex contains golf courses and pickleball courts, swimming pools and volleyball beaches, acting and dance classes and plenty of tricked out golf carts. The sherbert sunset backdrops each night suggest this place is paradise.

That’s how some of its residents describe life in Some Kind of Heaven, Lance Oppenheim’s exploration of—and long fascination with—this central Florida bastion of elderly living. Though retirement communities generally portend life slowing down, many that plan to finish their days there are only just getting started. “You come here to live, and you never have to leave,” says one local. As seen in an opening montage, residents row and synchronize swim and party and never worry about life on the outside. “You don’t see death, murder, children,” says another. Indeed, The Villages, and its growing campus, operates as a safe haven—its manicured lawns and rows of palm trees never change, only expand.

Of course, Oppenheim is wary of turning his first feature-length documentary into a strict infomercial. At one of the festival’s screenings, he explained that his desire to infiltrate this bubble was primarily to witness whether this kind of retirement was nirvana for everyone, or if the humid highs begin to fade. With keen eyes and compassion, he finds four primary subjects to test that theory, following them through their daily lives in and around the tropical campus.

One woman struggling with this daily playground is Barbara, a widowed Bostonian who lost her husband to an illness after getting married several years prior. She still works full-time, but her enthusiasm has waned significantly since her partner died. Barbara can’t comprehend the “fantasy” of this place, though Oppenheim delicately observes her efforts to find connections with other guests, specifically with a socialite named Lynne, who calls himself “Margarita Man” and can’t get enough of his daily life.

On the other end of the singlehood spectrum is Dennis, a non-resident, whose debts have caught up to him. He sleeps inside his blue van outside the community gates, but finds ways to sneak into The Villages to hit on “classic-looking women” that might be able to finance the end of his life. What begins as a comical portrait of a skeevy, musically-inclined old man, evolves into a melancholic snapshot of vulnerability and fringe living.

And then there are Reggie and Anne, married for more than four decades and the emotional center to Oppenheim’s story. It’s clear Reggie, a recreational drug user and Tai chi enthusiast, doesn’t exactly exist on the same frequency as his wife, a quieter, athletically-minded senior who doesn’t buy into her husband’s babbling vocabulary and approach to health. Their journey throughout the documentary visits its fair share of valleys and suggests The Villages is a place for serious self-auditing and soul-searching.

Some Kind Of Heaven, executive-produced by Darren Aronofsky, can sometimes feel like a short film that’s been stretched out to feature-length. And the politics of its senior population are only hinted at, mostly through its local pastor and his church’s particularly divisive stage props. But the characters Oppenheim finds are compelling enough to stay invested in the ways they navigate this “Disneyland of retirement,” a phrase used by its original owner Harold Schwartz. At one point, Oppenheim films inside of a Ruby Tuesday, where a staff member speaks to a handful of residents about locking in prices for their funeral arrangements, suggesting somebody could drop dead right inside the restaurant. “Will you be ready?” she asks. It’s a comical juxtaposition of two realities—the specter of death and the smell of baby-back ribs.

Using inspiration from Todd Haynes and Edward Scissorhands, Oppenheim portrays the suburban grounds with still camerawork, highlighting their staid, sickly-sweet nature. His deft sound editing further enhances the first-person perspectives of his subjects, all trying to find some form of happiness. When Dennis calls a friend, he fabricates his experience searching for a companion, calling The Villages “God’s waiting room for heaven.” It’s hard to tell if he actually means it, or if he’s just remembering the brochure.

Oppenheim’s documentary ultimately asserts what Anne shrewdly and solemnly reflects: everybody has problems—even in retirement. Though it’s not a particularly dramatic thesis, for those enjoying their final sunsets, solving them feels a little more urgent.

Some Kind of Heaven premiered at Sundance Film Festival.