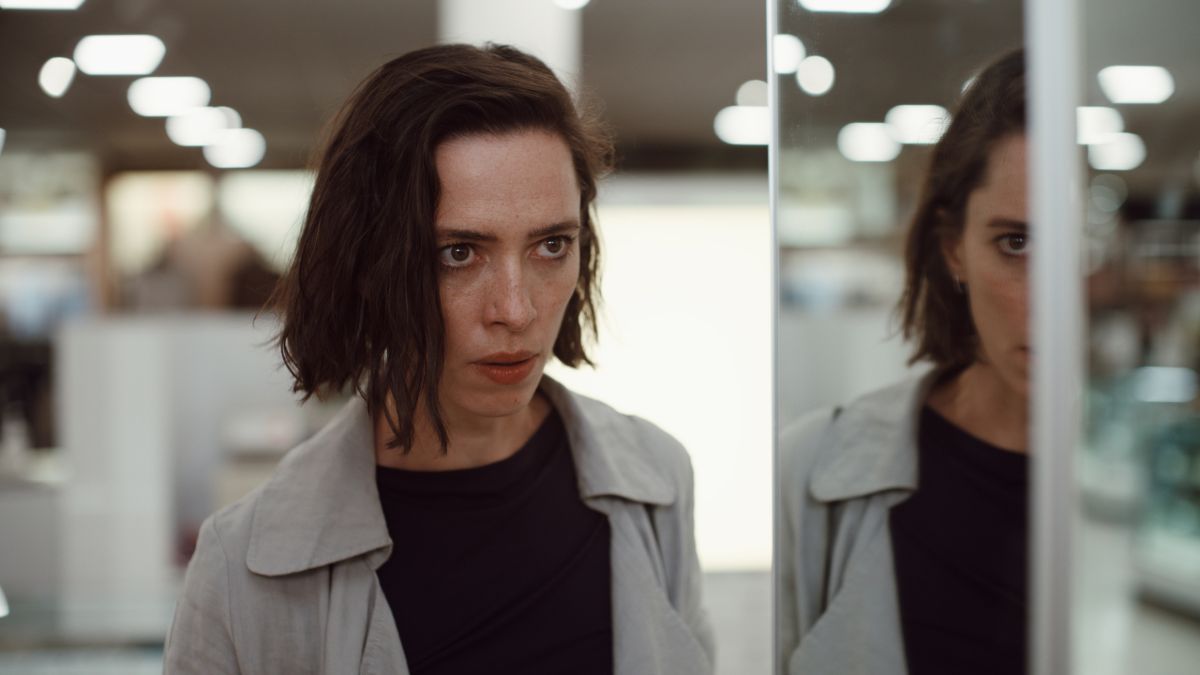 Not all is well from the opening scenes of Andrew Semans’ Resurrection, based on his own Black List-charting script, which begins as a chilly, slick workplace and mother-daughter drama before exploding into a stomach-churning psychological thriller. Though its preposterous narrative ends up getting into rather silly territory that obfuscates its initial, more pertinent thematic ideas, the film is another stellar showcase for the immense talent of Rebecca Hall. One also can’t entirely fault the director for following through and taking his rather illogically extreme set-up to its most logically absurd conclusion.

Single mother to a teenage daughter, Margaret (Rebecca Hall) is an established businesswoman—not only seemingly the leader of her team but also a trusted source of romantic wisdom, offering advice to a female co-worker who is in a bad relationship. She’s also seeing one of her married co-workers on the side, attempting to juggle her relatively routine life when signs appear something is off. A mysterious tooth shows up in her daughter’s wallet, she has visions of horror in her own apartment, and her daughter succumbs to a freak accident. When David (Tim Roth), a strange man from her past, appears at a biotech conference she’s attending, she freaks out, sprinting away as fast as she can, running through her home city of Albany and crying uncontrollably.

Shot by cinematographer Wyatt Garfield with the energy of an edge-of-your-seat thriller and featuring a propulsive score by Jim Williams, recently responsible for Titane and Possessor, Resurrection soon progresses into can’t-believe-what-I’m-witnessing territory not dissimilar to those aforementioned shockers. To reveal where the narrative turns would rob Semans’ film of many surprises, particularly when, by the finale, that’s all it really has going. Suffice it to say Semans knows the good fortune he has in casting Hall and gives her a single-take monologue delving into life-altering grief that proves one of the actress’ finest career moments. Along with a nauseatingly chilling Roth, they carry us through the ludicrousness on display, lending believability to their tormented, unspeakable bond. As an obsession with resolution begins consuming Margaret’s life she starts to become her own worst enemy, pushing away those around her, and Hall’s physical transformation to a walking corpse of sorts is quite a sight to behold.

Exploring ideas of manipulation, motherhood, abuse, and co-dependence, Semans has all the right ingredients to deliver a powerful tale of reckoning with one’s past trauma. But he becomes far more interested in the B-movie thrills of rote revenge after doling out his repulsive mid-film twist––one Jacques Demy and Ivan Reitman previously mined for more farcical laughs. Of course, taking the outlandish nature of the plot at face value, Resurrection almost skirts by as an over-arching metaphor for carrying one’s past demons far too long, hoping there’s still a silver lining and one can rebuild what was lost.

Yet Semans stays profoundly committed to the bit, so to speak; even while there’s some audacity to such unwavering devotion to the nonsensical, any resonant allegory becomes smothered. Delivering a happy ending that feels like a cheap way out of the story, Resurrection may initially shake one to their core, but by the finale it devolves into little more than a diabolically outrageous genre outing for two great actors.