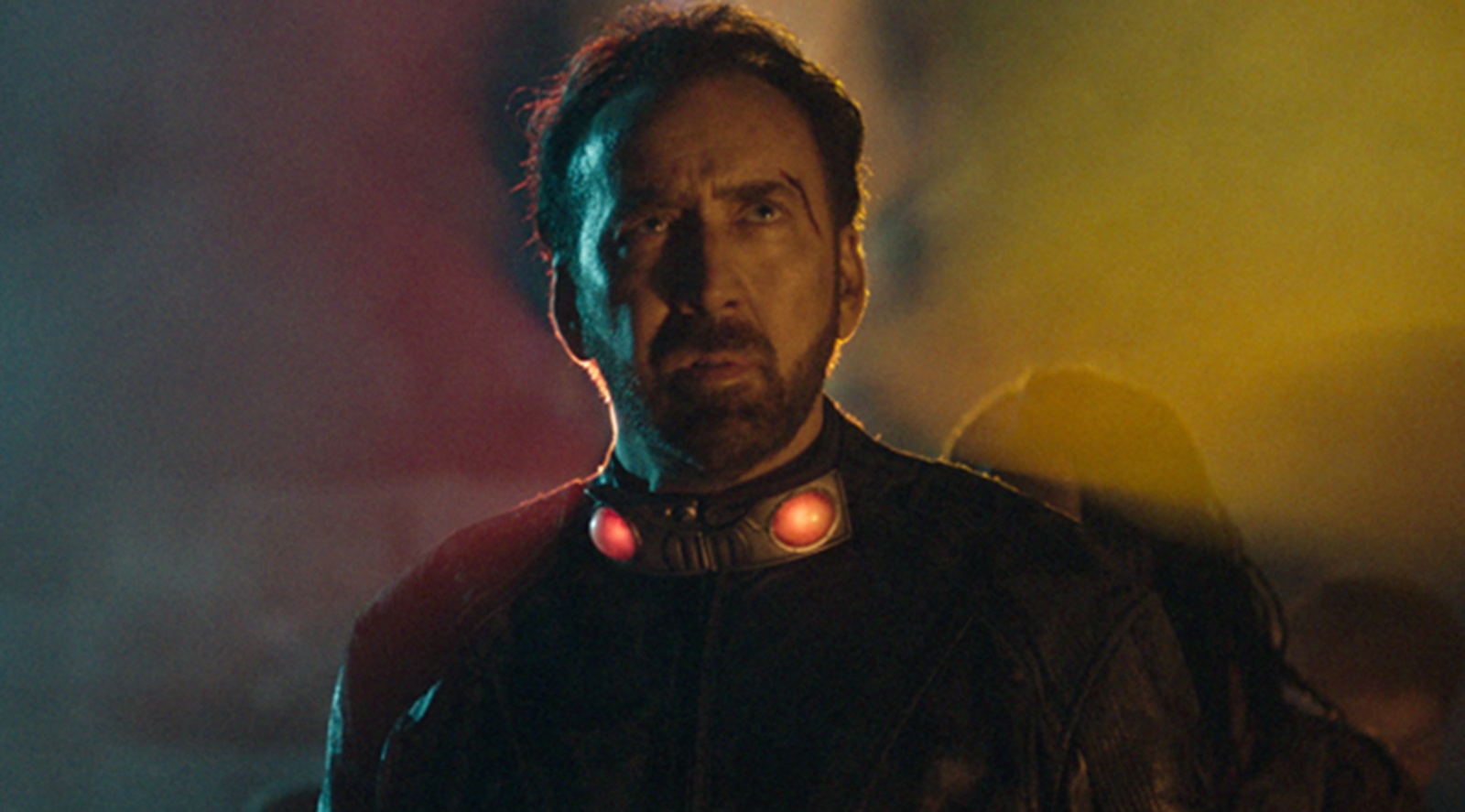 Arguably the hardest working man in show business, Nicolas Cage appeared in over 40 films the last decade alone. Yes, he may no longer work with the likes of David Lynch, Brian De Palma, Francis Ford Coppola, Charlie Kaufman or the Coens, but the eternally entertaining actor usually finds a gem every now and again that truly utilizes his eccentric talents. That’s why the prospect of him teaming with a director as unhinged and prolific as he is an actor made for the most-anticipated collaboration in some time. With Cage as his lead, Sion Sono––one of Japan’s most creative, kinetic filmmakers––embarked on his English-language debut Prisoners of the Ghostland following his life-altering, death-defying heart attack. The results are a madcap Mad Max-esque, Gilliam-style fever dream that throws everything at the screen that its limited, but resourceful budget can muster up. The actual experience of watching this gonzo dystopian samurai western is far from the shock-a-minute journey that one would expect, but even in its more banal sequences, Sono’s imaginative eye peeks through.

With one of the most videogame-friendly set-ups of Cage’s career, he plays a jailed bank robber––simply named Hero––who is temporarily freed with the promise of permanent release if he completes a single task: rescue Bernice (Sofia Boutella), the adopted granddaughter of vicious warlord The Governor (a scenery-chewing Bill Moseley). However, there’s a ballsy twist: attached to his testicles, arms, legs, and neck are neurosensors that will explode if he hurts innocent people. Also, Bernice must speak her name into a device on Cage’s arm within three days and, if this occurs, he’ll get an extra two days to deliver her safely. Otherwise, the sensors go off, and Cage, looking like a disheveled mo-cap actor, can say goodbye to life on earth.

With that said, this particular wasteland of an earth Sono creates doesn’t much look like one that’s worth living in––and the east-meets-west land of Samurai Town isn’t all that more appealing. While both the production design and costumes are extravagantly vibrant in his frontier town, juxtaposed with the admirably arid landscape and imposing characters of the Ghostland, neither place is rendered as wholly lived-in, as if there was only enough budget to create two sets. The experience of watching this adventure is more like a demented carnival ride with reenactment actors hired to perform every line to the nosebleed seats. It’s not entirely a negative, as there is some excitement in seeing Cage perhaps naturally adlib, “You people are all fucking nuts” upon entering the Ghostland. But the script from Aaron Hendry and Reza Sixo Safai is less a fully-realized work of world-building and more like a jumble of one-liners and self-contained speeches about the dire state of humanity and the reasoning behind the Fukushima-inspired cataclysmic wasteland most of the movie takes place in.

With a tone seemingly inspired by the mythic nature of Kurosawa’s greatest samurai westerns, even with the rather wild logline, one will not find the unbridled freneticism of something like Sono’s brilliant Why Don’t You Play in Hell?. Rather, the build-up is at once both a patient one in terms of the lack of action and also frantic as it is constantly throwing characters and ideas at the screen. The lackluster consideration when it comes to both this character and plot work does the film no favors, yet a few glimmers of Sono at his finest come through. With top-notch testicle antics, a samurai fight scene set to Time in a Bottle, an unhinged Nick Cassavetes (reuniting with Cage after Face/Off, and adding a bigger dose of crazy than his co-star), and a colorful final act full of neon and blood, there’s enough here to warrant midnight movie appreciation––though one may be dozing off in between these moments. For those hoping for the craziest remake of The Last Samurai ever, it’s time to reassess their expectations, but if Prisoners of the Ghostland is a spark for more unexpected international collaborations in the vein of Cage and Sono, we’ll be the first to watch them.

Prisoners of the Ghostland premiered at Sundance Film Festival and will be released by RLJE.