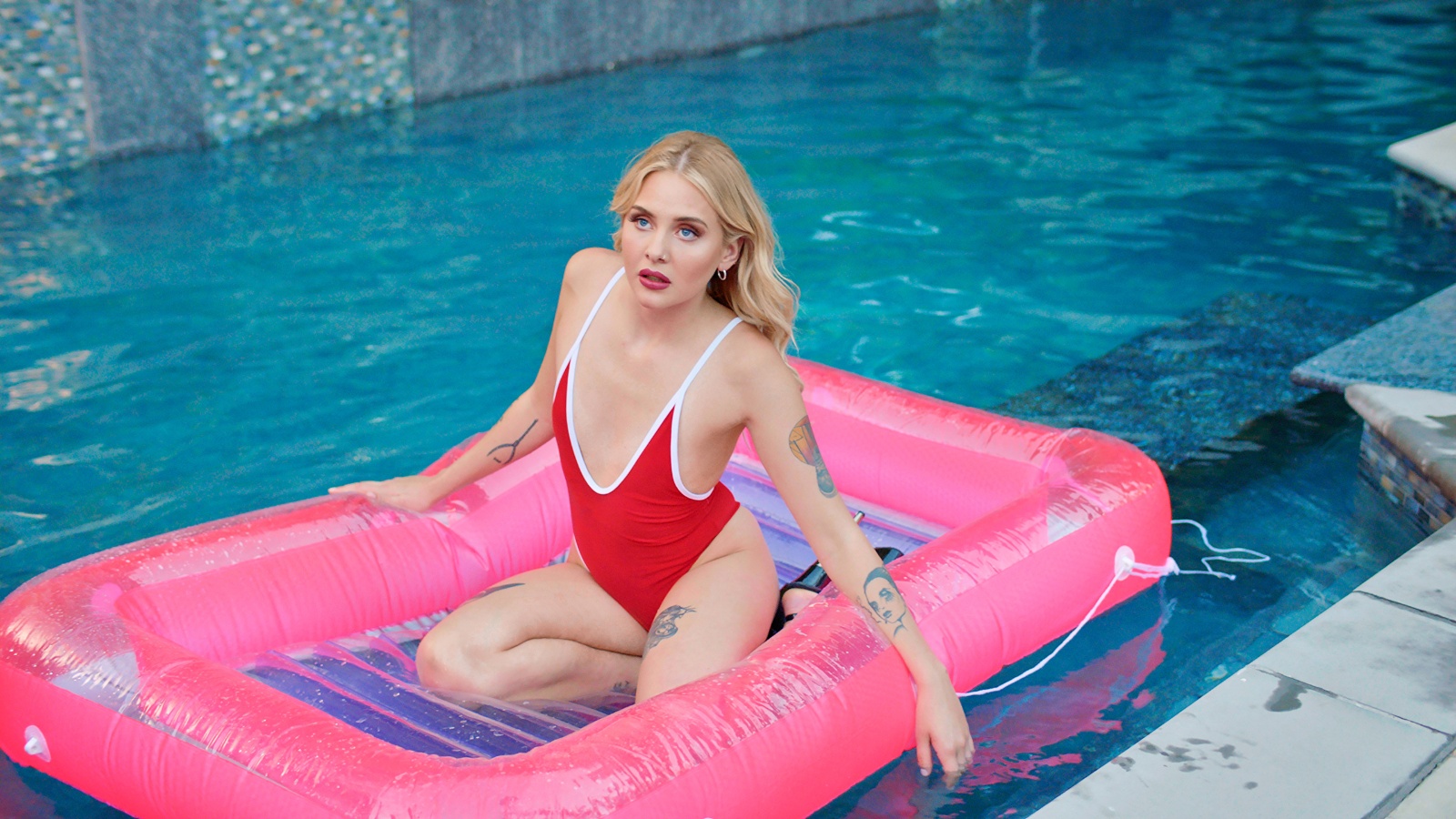 In her first day of go-sees, Bella watches the shoot of hard-eyed, Agent Provocateur-outfitted Ava (Evelyn Claire), and decides right then and there that she’s destined to join her ranks. Though it’s the far less refined Joy (the delightful Revika Anne Reustle) who ends up showing her the ropes of marketing, shoots, and clip sales, Bella is determined to chase Ava and the rest of the high-earning Spiegler Girls until she’s in the VIP room with them.

Bella starts by lucking into a booking with a highly sought-after kink and fetish director, which goes better than she could have ever expected. This particular scene is one of the most refreshing of the film. Much of the dialogue from the real adult performers, directors, and PAs at the shoot is improvised, with safety and comfort level being thoroughly discussed throughout, and a real chemistry built. It seems as though Bella might venture further into this world, but the film veers to a singular goal of celebrity, and Bella is sent on a brutal, coercive shoot that has little respect for her boundaries. Though she considers returning to Sweden, Bella clicks back onto course with a renewed vigor, taking advantage of those who showed her early kindness.

This is especially evident when Bella faces a choice between betrayal of a friend, and the guarantee of a prize spot with Mark Spiegler (amiably played by Spiegler himself). As authentic and “non judgmental” as the director states she wants the film to be in a Q&A for its Sundance premiere, the story’s final passage reverts to a moralizing guilt in which the protagonist must realize she’s gone too far––only after she reenacts a transfer of her own traumatization in a girl-on-girl shoot with her idol.