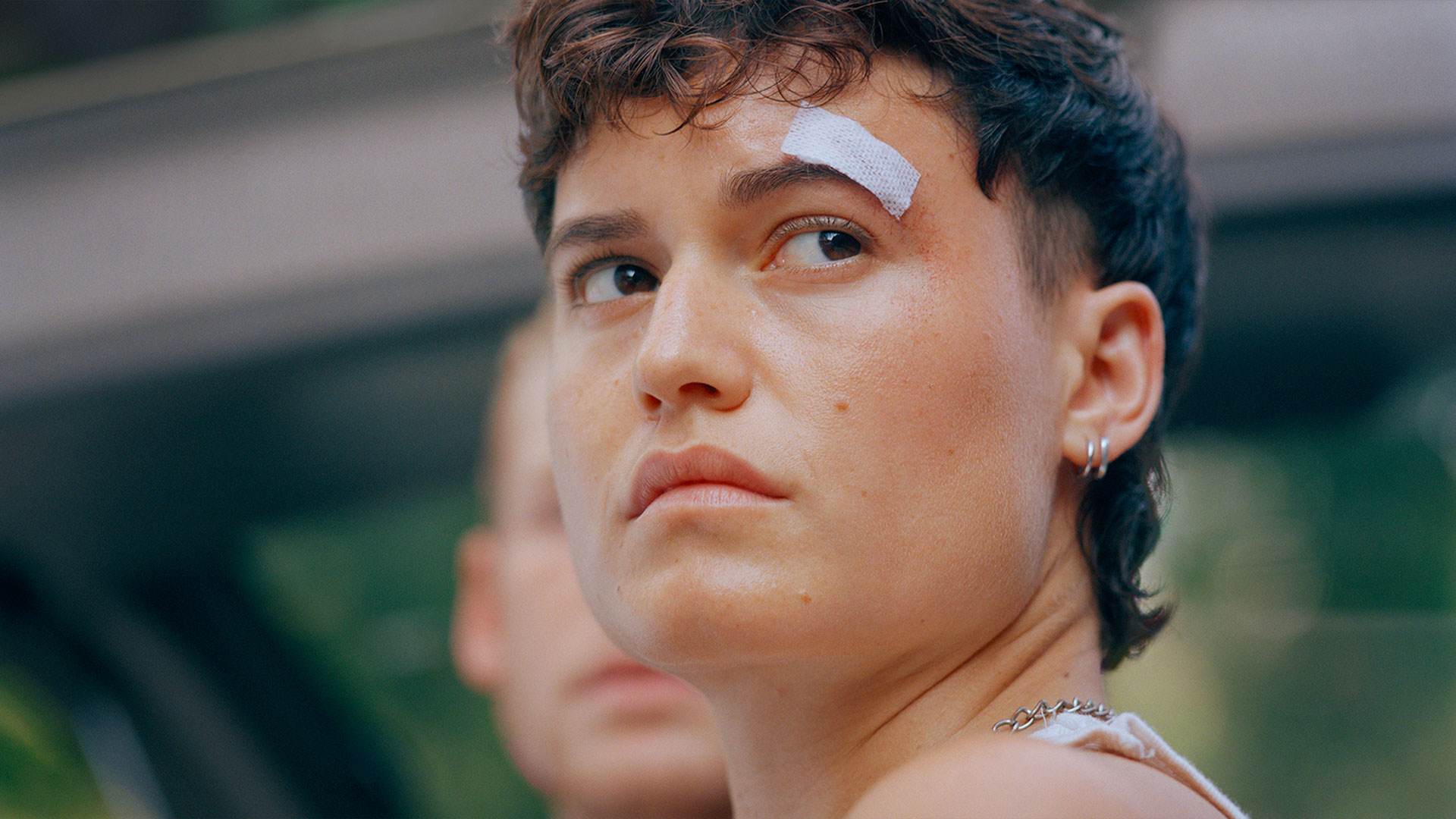 There is an energy to the opening minutes of Mutt, written and directed by Vuk Lungulov-Klotz, that fades away and never really recovers. Early on we meet Feña (Lio Mehiel), a young trans man just learning that his ex John (Cole Doman) is back in New York City. To make matters worse, Feña is expected to retrieve his estranged father (Alejandro Goic) from the airport later in the day. To make matters even worse, Feña’s younger sister (MiMi Ryder) has run away from home and needs a place to crash. Unfortunately, the available tension in this driving plot is undercut by a languid pace and some inert sequences. So much happens in one day, yet there seems to be so much downtime anyway.

New York City is captured in a special way. We are shown corners of the metropolis that are quickly evaporating. The film’s aesthetic feels handmade and earnestly lovely. Often scenes are allowed to play out in master shots; this serves the film well more than it doesn’t, allowing performances to evolve throughout the take. Director of Photography Matthew Pothier emerges as a standout overall. All of this imagery is wrapped in a beautifully curated soundtrack, a certain cue punctuating a particularly effective scene between Feña and John.

There are also pitch-perfect locations. A laundromat that’s viciously narrow. A parking spot that’s too good to be true. A street corner that plays like it’s from another time. Apartments that are so cramped they shouldn’t be allowed to exist. These bits of setting are often taken for granted. Here they are too crucial not to compliment.

Doman does quality work as an ex-boyfriend not quite ready to process what’s changed and his responsibility in the process. Mehiel is solid as well, though they’re perhaps asked to anchor too much––nearly every shot, and in certain instances the narrative seems to be wandering more than its lead character. If the second act of the picture is particularly meandering, Ryder steals more than a couple of scenes.

This is the feature debut for Lungulov-Klotz, and in some moments a preciousness shows. The saying “kill your darlings” might come to mind: confessional dialogue that’s telling us what’s already been shown, lingering close-ups that run out of steam before we cut away. Yet there is both an honesty and urgency to what’s onscreen that proves essential.

Mutt isn’t perfect, but it is well-lived. The real-life experiences of the filmmakers bleed through the frames. One wishes for a fuller narrative (the third act peters out a bit) and a peppier pace while also acknowledging the many young people who will discover this coming-of-age narrative and relate to it in a deeply important way.