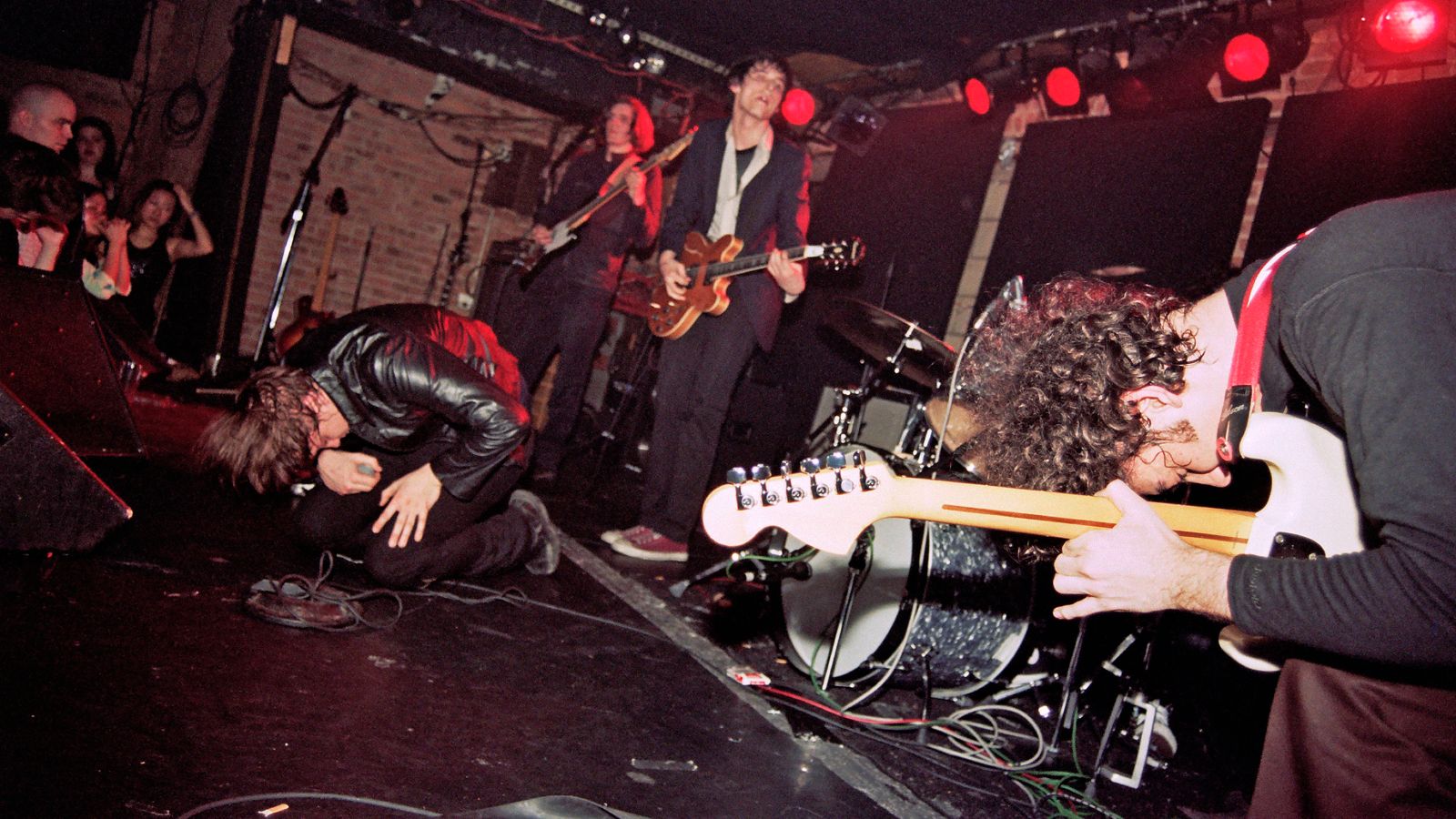 An accurate measure of great music would probably be connected to longevity. In other words the notion that an individual song or album will sound as rewarding after the 20th play as the first, or more relevantly for this documentary, as exciting 20 years after the more innocent days of 2002.

For the music and music scene on display in Meet Me in the Bathroom––a documentary chronicle of NYC’s turn-of-the-millennium indie-band boom directed by British duo Will Lovelace and Dylan Southern (who also made LCD Soundsystem study Shut Up and Play the Hits)––a vital attribute, as opposed to mere quality, is “cool.” And viewing this film conjures flicking leftwards, rather than rightwards, on your Facebook profile picture, cringing slightly at those low-resolution mementos from the mid-00s. If “good” is more arguable, the likes of the Strokes, Interpol, Yeah Yeah Yeahs, and LCD now seem conclusively uncool while the preceding NY art and music scenes of yesteryear––like those documented in Todd Haynes’ The Velvet Underground––still retain much of their currency.

Meet Me in the Bathroom, adapted from Lizzy Goodman’s well-received oral history published in 2017, reckons with this somewhat but still seems designed as a nostalgia piece, a reminder, and maybe a reintroduction to a current generation of music fans where guitar-based sounds have been pushed to the sidelines. Like Asif Kapadia’s Amy, Lovelace and Southern favor a present-tense archival mode free of talking heads to distract from lost youth. It proceeds in a doggedly linear chronology, starting as the Strokes and Moldy Peaches strapped on their beat-up axes in ‘99, helping vanquish Fred Durst and pop-punk from MTV and the music monthlies.

Back on the subject of image resolution: if you were going to take fly-on-the-wall footage of the ’60s generation––as seen in Dont Look Back or recent Beatles extravaganza Get Back––you’d have the good fortune of deathless 16mm, still favored today for its grain and tactility. Meet Me in the Bathroom plays out from SD digital video and consumer-grade camcorder, and doesn’t really flatter the VIP-lounge gloss and glamour this scene possessed, though it has clearly allowed the filmmakers to unearth unseen clips of once-hip venues like the Mercury Lounge. Although seamlessly edited, Bathroom‘s a muddy viewing experience, bouncing unevenly between different aspect ratios, its aesthetic more à la the warm English beer of their international tours than coke that fueled enthusiasm and egos.

Non-musical context finally arrives when 9/11 is broached, although thankfully it doesn’t attribute too much political significance to what these New York artists made afterward. But the most perceptive strand explores the gentrification of Brooklyn and its understandable, sudden appeal when city-dwellers feared further terrorist attacks. There’s the suggestion that mere space––the empty former warehouses and packing plants––gave artists freedom to dream and tinker, and how cities can nurture outgrowths of creativity almost accidentally. But in contrast to now, where artists of a similar stature are grilled and scrutinized for their politics, what unites the subjects here are their almost uniform background of racial and economic privilege, where song lyrics only speak to self-aggrandizement and status anxiety. Rather than mirroring what’s vital in music now, it seems more like a dead end abandoned by ongoing progress. And because Meet Me in the Bathroom’s depth is so cursory it can’t quite re-convince us how significant this all seemed at the time.

Meet Me in the Bathroom premiered at the 2022 Sundance Film Festival.