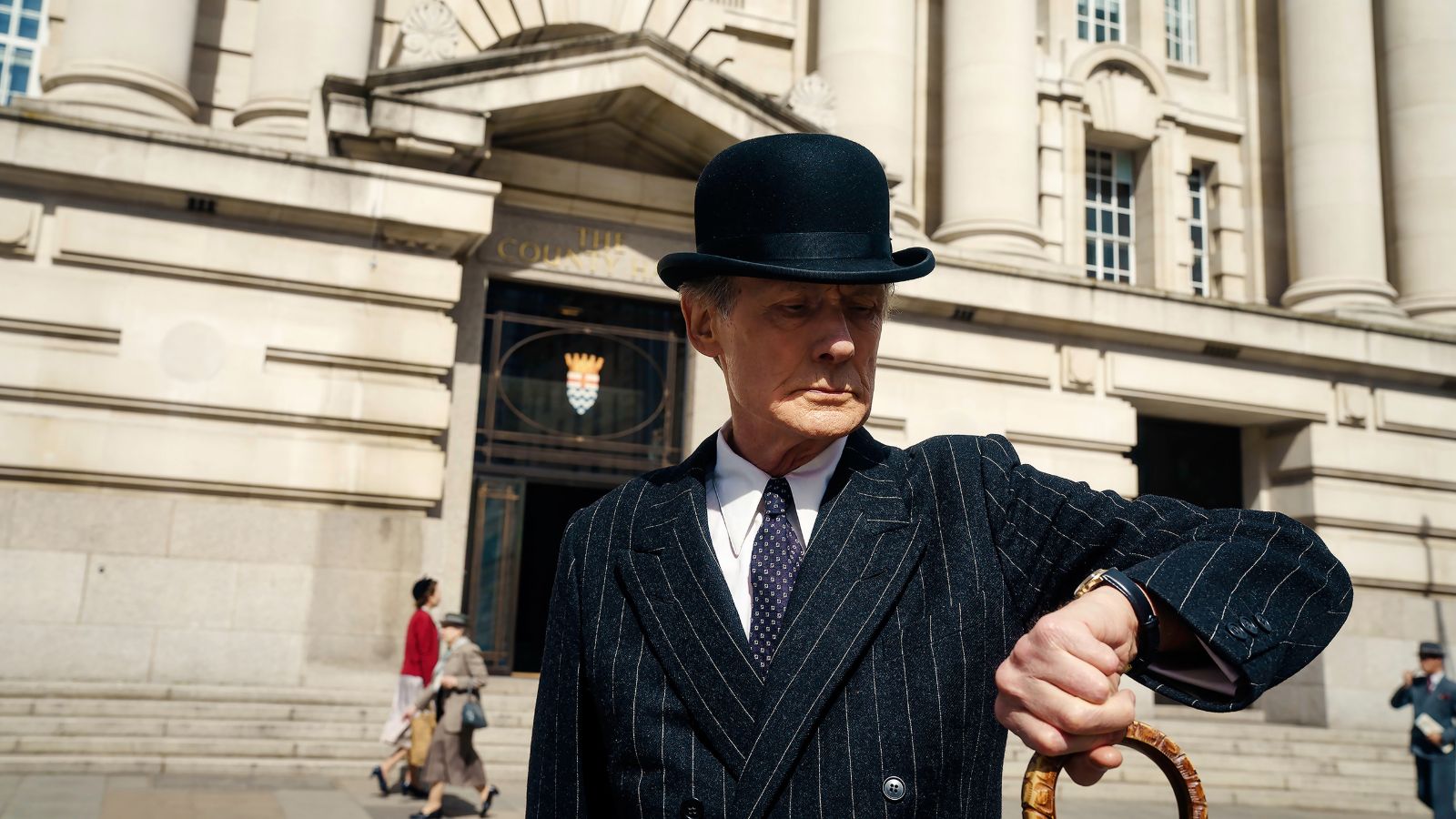 Let us then use this space to celebrate Bill Nighy. The Surrey-born performer made a name for himself in the National Theater in the ’80s & ’90s before exploding on the worldwide film stage in the early 2000s with scene-stealing turns in Love Actually, Underworld, and the Pirates of the Caribbean sequels. In the decades since he’s only widened his scope of performance and general recognition. Which makes Living, written by the great Kazuo Ishiguro and directed by Oliver Hermanus, a quite lovely inflection point for the lifelong thespian. It’s quite possible he’s never been better.

Working from Akira Kurosawa’s eternal Ikiru, all involved give themselves a steep hill to climb. The film concerns Mr. Williams (Nighy), a living (ahem) personification of clogged bureaucracy who is told he only has months to live. Regarded as boring and old-fashioned by all who surround him, Williams is forced to take a look at the life he’s led to this point and what he can / should do with the time left. What emerges is a civically mind group of women determined to get a playground built for their children. This small request becomes the gesture that may make it all worthwhile.

Takashi Shimura did such indelible work in the 1952 original so as to render a remake doomed for failure. Yet Nighy pushes through any pre-conceived reservations to create a wholly original, affecting performance all his own. Hermanus does much the same, sketching out a beautiful, lonely postwar London that Williams hardly seems to notice until the moment he’s told he will die. The biggest criticism this writer can levy at Living is that it doesn’t become a transcendent piece of cinema à la the source. This is, admittedly, a small complaint.

Formally, Living is unimpeachable. Old-fashioned credits open and close the picture, Jamie Ramsay’s cinematography softens some colder scenes, while Emilie Levienaise-Farrouch provides memorable music to underline the emotional progression. The whole endeavor sneaks up on you a bit, not unlike Nighy’s performance. All this being considered, it’s no wonder Ishiguro authored the adaptation. Aimee Lou Wood is a standout, breathing life into both the lead character and the film as a whole. Alex Sharp and Tom Burke also impress within the scenes they’re given.

That said, Living begins and ends with Nighy. Every twitch, pulse, and grin that made him a stand-out in so many Hollywood movies are subdued here but very much present. Consider a scene in which Mr. Williams sits in the shadows as his son and daughter-in-law openly gossip about his frugal tendencies. If Nighy’s face is barely moving, still we see the entirety of his life washing over him. It’s hard to overstate how impressive it is witnessing a filmmaker fully know the abilities of his main actor. Hermanus rarely takes the focus off Nighy, which is the right move; in so much of this actor’s film career has he popped in supporting roles. How exhilarating it is, then, to see him control the screen so long and so well.