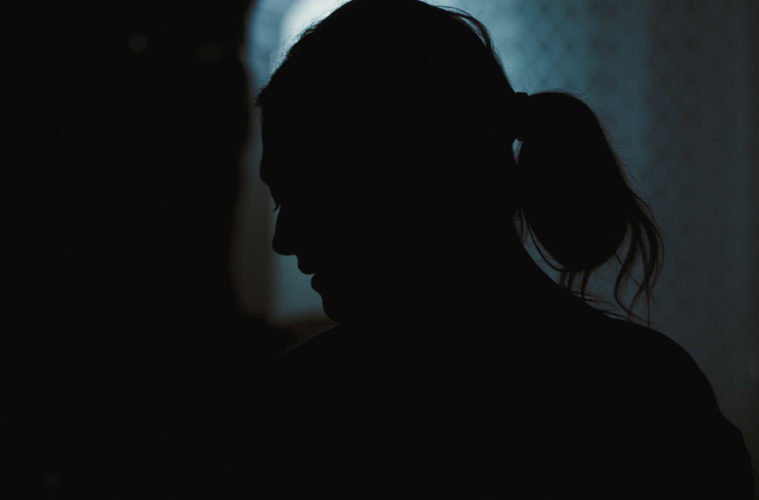 Sundance Review: ‘Light From Light’ is an Enlightening Ghost Story Rich with Humanity

If the jump scares and horror set pieces of Paranormal Activity or The Conjuring franchises were exchanged for an authentic reckoning of the tangled emotions the departed may leave behind, you have something close to Light From Light. There’s a palpable tension to this story of paranormal investigating, but rather than injecting the expected terror, the film’s power lies in never seeing ghost hunting depicted so grounded and character-driven before. This is the kind of film where the minutiae of insurance policies are discussed before any haunting may begin. Those going into Paul Harrill’s second feature looking for frights will be rewarded with something more substantial: an experience rich with atmosphere and humanity, and drama ultimately more enlightening than the cheap thrills that pervade the dime-a-dozen ghost stories we’ve seen before.

Shelia (Marin Ireland) is a single mom living in rural Tennessee, working at a car rental service by day and a paranormal investigator at night. With her passion for ghost hunting sparked by a prophetic dream, she’s taken on a new case involving Richard (Jim Gaffigan), whose wife Susanne died a year prior in a plane crash and peculiar occurrences are happening in his home. His lights flicker on and off, his keys move across the table, and he feels her presence reaching out. As Sheila begins to investigate, she is also coping with the future of her son Owen (Josh Wiggins) as he prepares to graduate high school. In a rather charming subplot of innocent young love, he’s wrestling through his own decisions of becoming more than friends with his classmate Lucy (Atheena Frizzell).

Harrill, who was acutely tuned to the rhythms of dialogue in his debut Something, Anything, once again carves out characters of striking depth with ample room for reflection on the viewer’s part. Living a romantically solitary life after a history of relationships gone wrong, Sheila is burdened by the idea of starting something new and these insecurities have subtly-woven ripple effects throughout her life. “Things only matter if they last,” she tells her son, who recently disappointed a smitten Lucy by confessing, “What’s the point of getting together if you know it’s going to end?” Hanging heavily over Sheila–and, by extension, Owen–is this eternal struggle of believing one can control their path in life by resisting the inherent pleasures found in new, potentially fleeting experiences.

It’s in wonderfully fitting dialogue with Richard, whose own life’s path was upended following his wife’s death. Gaffigan brings a dynamic presence to the film, conveying both the weight of a year of grief and an affectionate openness in his desire to find any sort of resolution. “People think ghosts are scary, but I think it would be wonderful if they were real,” he tells Sheila, deeply desiring a few more moments to tie up loose ends with his departed wife. With her clothes still strewn about her room and pizza boxes stacked high in the corner of his kitchen, Harrill mournfully and specifically details a man in disarray. As the lead, Ireland is marvelous as we’re not given all the details in Sheila’s life, gleaning more about her from the way she gazes at Richard in his despair or amusingly reacts to her son’s prodding of her past. The performance is reminiscent of the physicality in another ghost story–Kristen Stewart in Personal Shopper, which has even less restraint in showing the supernatural, if you can believe it– and there’s a certain compelling iciness to Ireland’s demeanor as if she’s afraid of laying her heart out for fear it may get trampled again.

Light From Light will also no doubt be compared to A Ghost Story, another Southern-bred, Sundance-debuting indie that dealt with the things we leave behind. While they share a similar sense of atmosphere, as well as collaborators (David Lowery and his producing collaborators backed this film), Harrill is going after something far more grounded, both visually and thematically. By not having a visible trace of any sort of visual or practical effects, the film works as an interesting salve to our mind’s conditioning to horror films. By taking a realistic approach to paranormal investigating, our hearts beat louder when we slowly move through a dark house due to the familiarity that Harrill builds his story’s foundation on. One shot finds Sheila returning to her car in the pitch-black night and the camera’s patient lens focuses on her regaining her composure. A cheap scare out of the darkness could have been had at the moment, but it never comes as our mind races and leaves a deeper impression.

The film can best be encapsulated in a climactic scene of paranormal investigating. Sheila, Owen, and Lucy set up cameras in every room of Richard’s house to record a spectral occurrence. Rather than focus on the tension that might be mined from such a setpiece, Harrill rather places us outside on the porch as Sheila and Richard dig up their past trauma in a deeply moving conversation. We don’t even see the results of what they found until later, and to cap off the scene it’s not a ghost that causes a disturbance, but rather something much more tangible and immediately affecting. Light From Light‘s strength is focusing on the details of life laid bare, both what we see captured through the director’s keen eye and the experiences awaiting those that are willing to partake in. In the span of only around 80 minutes, Harrill builds a space for his actors to fully inhabit their characters, leading to a blissfully satisfying, profoundly spiritual conclusion.

Light From Light premiered at the Sundance Film Festival and opens on November 1.