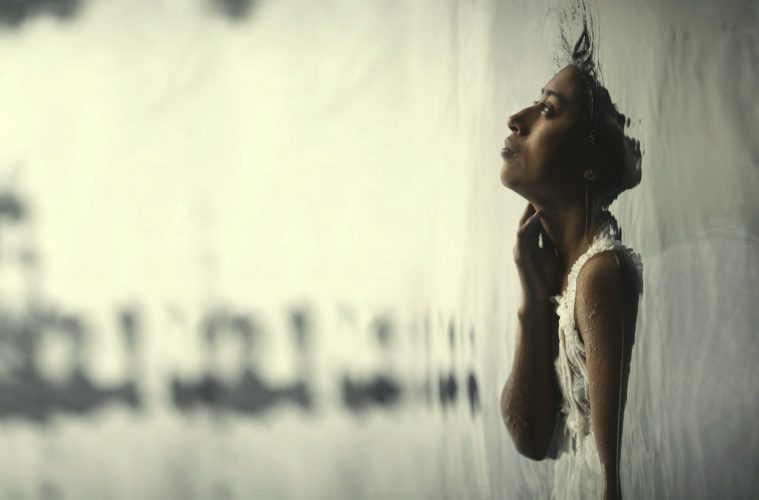 Ever since Hannah Arendt coined the term “the banality of evil” in her 1963 book Eichmann in Jerusalem, it’s been a phrase oft-used in an attempt to describe how seemingly rational humans can do truly awful things. One recalls Joshua Oppenheimer’s documentary The Act of Killing or Chris Weitz’s Operation Finale in recent years. Director Jayro Bustamante wades in these same waters with La Llorona, an effective slow-burn that uses thriller tropes to explore the lingering scars of the Guatemalan Civil War.

An elderly general named Enrique (Julio Diaz) is put on trial for brutal war crimes decades earlier. After he is acquitted on a technicality, his family barricade themselves together in their home, under siege by protestors seeking proper justice. While his wife (Margarita Kénefic) and daughter (Sabrina De La Hoz) debate the legitimacy of the victims’ testimony, the members of the staff begin to resign. Enrique is suffering from dementia and increasingly unsafe to be around. At night, he hears the crying of a woman throughout the sleeping house. This growing paranoia and stress within the under-staffed home allows for the introduction of a mysterious young housekeeper named Alma (María Mercedes Coroy), befriending the general’s young granddaughter.

Written by Bustamante and Lisandro Sánchez, the film incorporates the Latin American legend of “The Weeping Woman” throughout, serving here as the guilty conscience of a Guatemalan government that’s never properly atoned for the sins of the past, which included killing, on average, 3,000 people per month, over a third of them children. As the general’s action become more and more worrisome, his wife is haunted by nightmares of her own, imagining the terrible acts perpetrated by the man to whom she’s devoted her life. Meanwhile, her daughter becomes less and less devoted to protecting her father.

Bustamante has a sure hand here, never over-playing the magical realism in the narrative. He relies on his actors and they do not let him down. It’s an impressive move to address such violent subject matter–based on real-life crimes–while incorporating supernatural suspicions. In building a gradual tension to each successive scene, the filmmakers create an effective sense of dread that demands the attention of the audience. Diaz does well to present his character as feeble at times yet manipulative at others. Kénefic and De La Hoz do the strongest work, however, establishing the conflicted tone within the house during one incredibly honest sequence in the first act.

Shot by Nicolás Wong, he conjures striking frames with our characters often centered as if they can’t escape from the demons surrounding them–amplified with immaculate sound design, featuring unceasing murmurs from outside the family’s gates. Making an intense impression is María Mercedes Coroy, who is isolated in moments of unsettling stillness, submerged underwater and as her hair flows, extending towards every corner of the image.

In the world La Llorona creates, your sins will not only haunt until you make amends–it will haunt those who’ve protected you from those repercussions. Underscored with a foreboding sense of disquiet akin to last year’s Atlantics, the viewing experience is as satisfying as it is provocative.

La Llorona screened at the Sundance Film Festival and will be released by Shudder.