Sundance Review: Klondike is a White-Knuckle Look at Life During Wartime 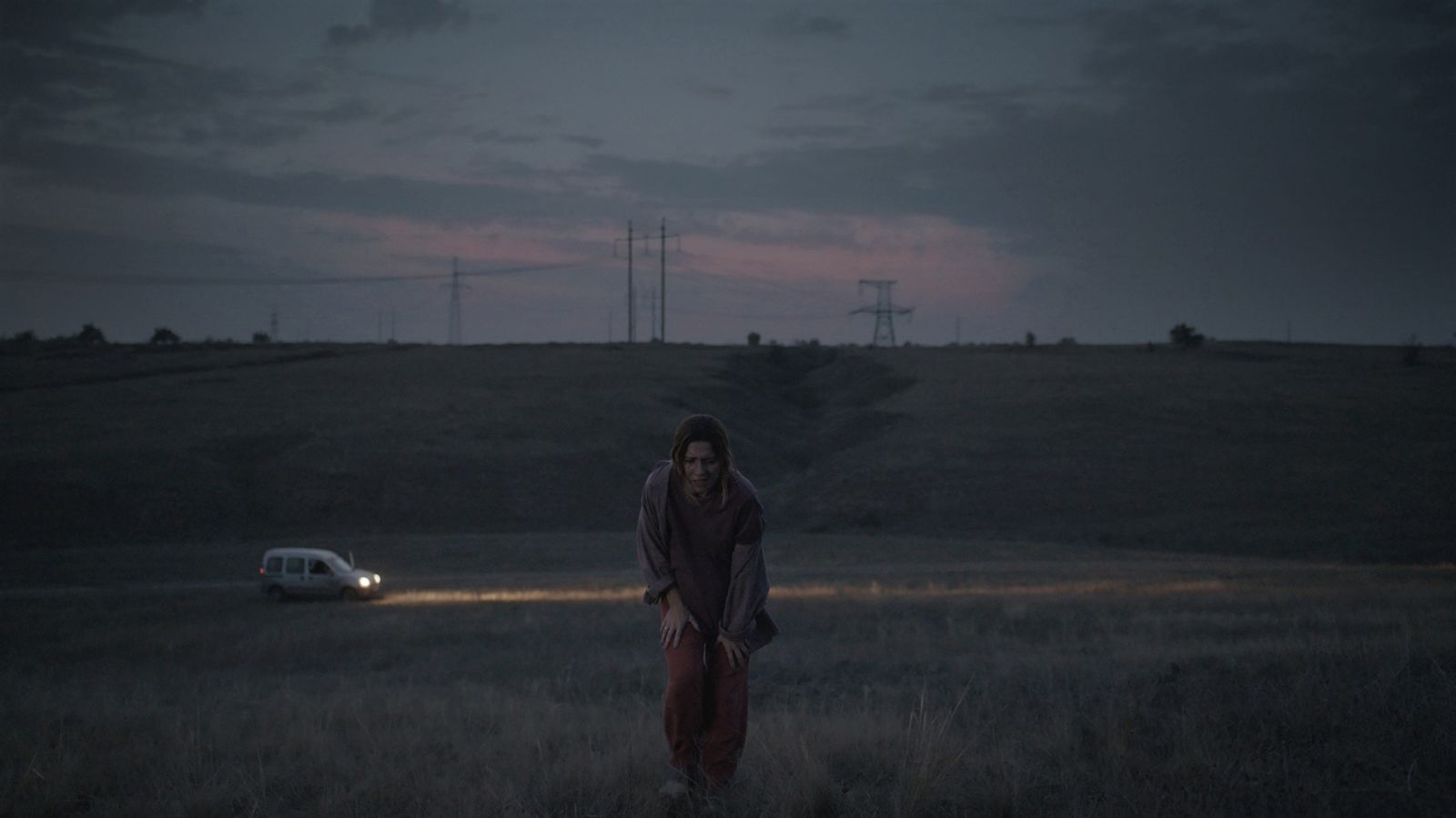 Klondike is a funny title for this harrowing, at times absurdist Ukrainian war drama, set as conflict with Russia began to spike in 2014. Referring as it does to the Klondike Gold Rush (the setting for Chaplin’s famous silent comedy), we could expect the resonance of two historical events to overlap, or at least sense a link between the actual subject and the analogy. But any gold in the grey expanse of the febrile Donbas region, where Klondike‘s set, is nary to be found: the landscape seems only dotted with cows and convoys of surface-to-air missiles. Perhaps it’s just a red herring designed to mock the idea of attributing meaning, which is what the shellshocked or aggressive characters in this film are also scrabbling to do, to no avail.

What’s also refreshing about Klondike is how it depicts war in a manner modern filmmakers seem more cautious about now. Shot in ‘scope with the camera always locked down on a tripod or dolly, director Maryna Er Gorbach offers an unblinking gaze into the abyss, a pitiless panorama of struggle—all very uninterested in the verité-style images that supposedly give films on this subject some sense of authenticity. Focusing on a rural couple unwilling to cast their lot with the pro-Russian militias whilst remaining pragmatic about their Ukrainian loyalties, Gorbach shows empathy in long shot rather than claustrophobically encircle them. Late in the film we’re finally granted Klondike‘s only notable close-up, on the heavily pregnant Irka (Oksana Cherkashyna). And it lingers, in a mysterious side-profile angle, for an awfully long, haunting duration.

Klondike’s surreal side comes through by its choice of primary location: an isolated farmhouse belonging to Irka and her short-tempered husband Tolik (Sergey Shadrin), and which at the film’s start they are in process of abandoning so they can flee the area. Their exodus is interrupted by a variety of unidentified flying objects, in the literal sense of the term: a misdirected missile from the separatists blows a colossal hole in their home’s side wall, and then their plight is compounded by the downing of the commercial MH17 flight (traveling from Amsterdam to Kuala Lumpur on July 17 that year) as it flew over eastern Ukraine, which resulted in 298 deaths.

In her mise-en-scène Gorbach finds darkly comic ways to impose this predicament on Tolik and Irka. With that hole literally bringing a window onto their farmland into view, it starts to look less like what it actually “is,” and more an absurdist metaphor for needing to press on with the hardship of life and a relationship while the metaphorical ceiling falls in. We see real footage of the plane wreckage in a TV news clip—but as the couple begin making a run for it, its crash debris is littered across the vast crop fields. In one wide-angle composition a single plane wing appears to take up the length of a football field as passers-by try looking down at their shoes.

Klondike acquits itself well, especially as it progresses, as a civilian snapshot of the War in Donbas, and chimes with the gallows humor through which Eastern Europeans often look at the travails of their history: if war is hell, it is also absurd, and trying to understand this conflict (still raging at the time of writing, with Russian tanks gathering at the border) provokes a kind of disbelief with sorrow. For all she excels in, Gorbach sometimes falls into the trap of simply setting generic obstacles of peril for her characters to overcome, and an ending conflict with Irka’s loyalist brother descends into melodrama. The overall aftertaste is suitably somber, though, and Klondike stands as one of the stronger dramatizations of this crucial moment in recent history.