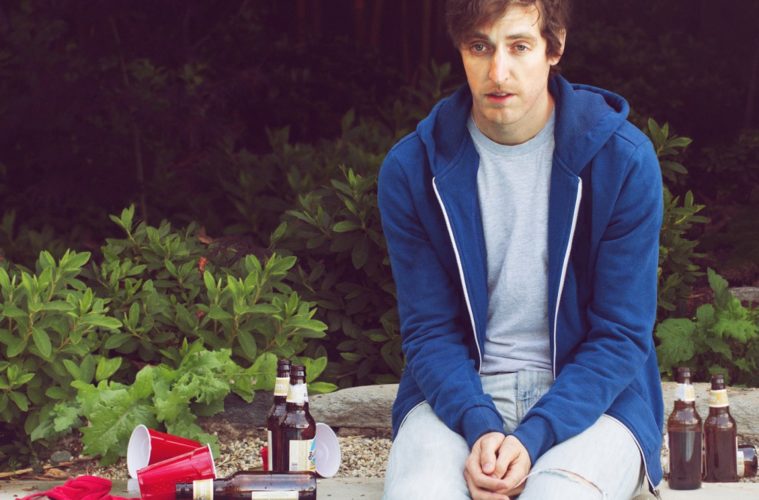 If the last few years were any indication, it’s shocking to have no official Joe Swanberg feature at Sundance in 2016, but Joshy comes remarkably close — albeit with a different, more effective brand of comedy. Beginning like many other indie dramedies, a tragedy spurs a group of old friends (and a few new ones) to retreat to a secluded house where they bond and work out their fractured lives and emotional insecurities.

Thomas Middleditch stars as our titular lead, whose fiancée (Alison Brie) — seemingly happy, although later revealed to be stricken with depression — commits suicide on his birthday. Four months later, he can’t get the deposit back on the house in Ojai, California he rented for his bachelor party, so he decides to make the best of it and invite his closest friends to spend a weekend together.

Director Jeff Baena (Life After Beth) brings together a mightily intriguing ensemble, including the married Ari (Adam Pally), the rambunctious, party-hard Eric (Nick Kroll), the nerdy Adam (a scene-stealing Alex Ross Perry), and, late to the group, the eager Gregg (Brett Gelman), Eric’s friend who unexpectedly tags along after a hilarious introduction.

This story of thirty-somethings going through their own pre-midlife crises is a familiar one, yet Baena tries his best to buck the trend by focusing on the comedy ahead of a more dramatic third act. Perry’s acerbic humor, a key part of why Listen Up Philip worked so well, translates to an onscreen presence here and makes him a stand-out. When he’s not trying to get the group to play his Kickstarter-funded board game, he goes on lengthy diatribes about time travel and his proper bedtime.

Pally’s character gets the most emotional subplot as he meets Jodi (Jenny Slate) at the only local bar. Upon learning they went to the same summer camp growing up, they foster an authentic chemistry as questions of infidelity bubble up. Meanwhile, Kroll delivers what you’d expect as the loudmouth supplying cocaine, strippers, and a prostitute. Although they are billed, there’s little point in bringing up Aubrey Plaza, Lauren Graham, and Jake Johnson, as they barely register in weak asides.

As Middleditch’s character tries to directly face the trauma, it feels a bit forced, and an amusing cameo proves this group has no time for getting all that serious about facing what’s in front of them. Backed by a tranquil Devendra Banhart score befitting the loose style, Baena has proven, after his disappointing debut, that getting more modest can deliver better results. Joshy doesn’t provide any new revelations about the transition into adulthood, but, with an amusing ensemble, you could be stuck with a much worse group of guys.

Joshy premiered at the 2016 Sundance Film Festival and will be released on August 12.