Sundance Review: Cryptozoo is One of the Most Gorgeous Works of American Animation in Ages 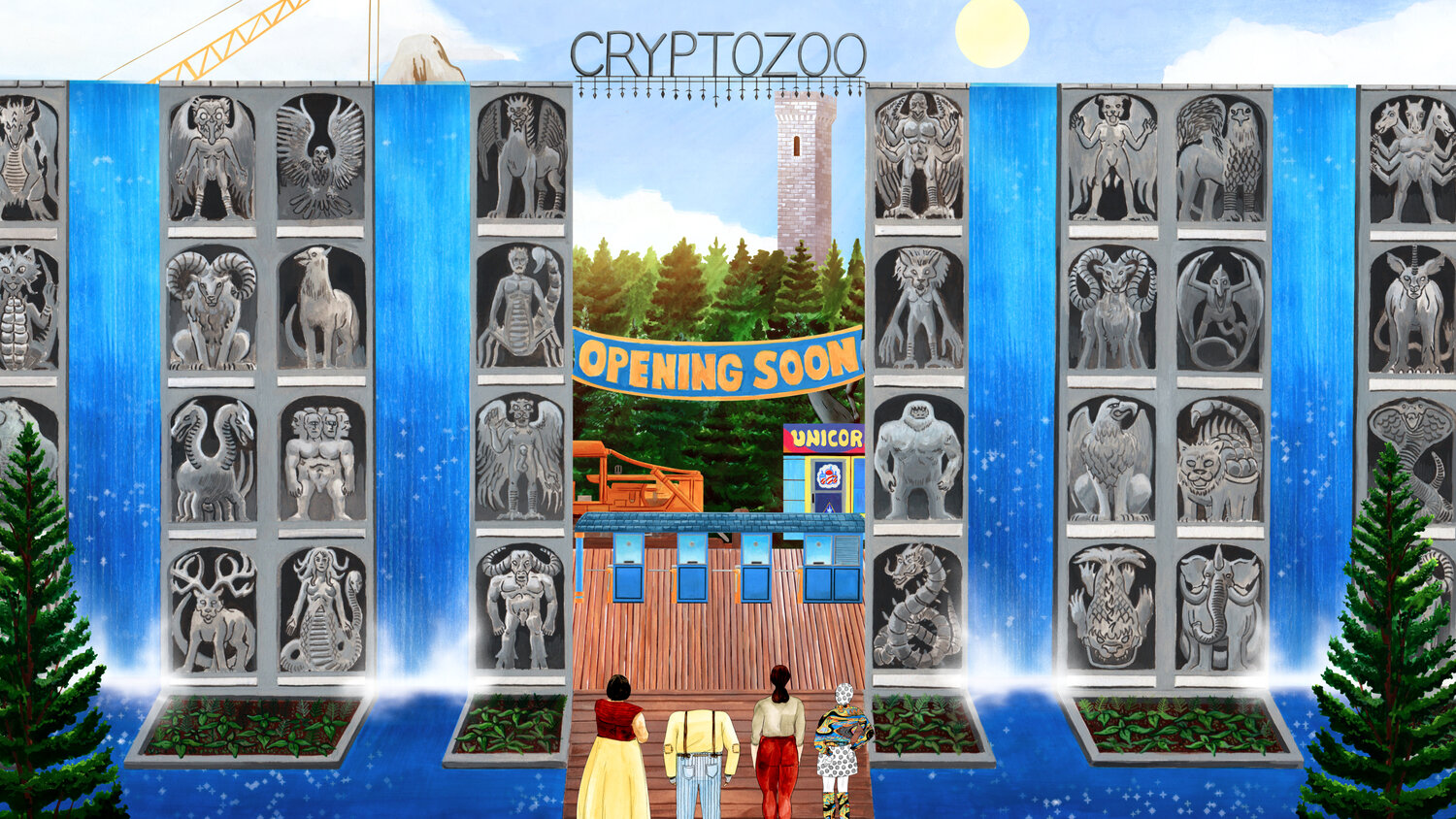 The current state of American animated cinema is more than a little disappointing; Pixar, Disney, Dreamworks, and more regurgitate the same formula and offer nothing new but a juxtaposition of cartoon designs and hyper-realistic imagery; animation for adults is all too rare. When something like Dash Shaw and Jane Samborski’s Cryptozoo comes along, it’s easy to recognize as one of the most gorgeous works of American animation in ages.

As amusing as the notion of potentially fictional (or potentially real, depending on your beliefs) beings inhabiting the same spaces as humanity might seem, Shaw approaches his fantastic story by incorporating the sociopolitical connotations of reality. Lauren Grey (Lake Bell) considers herself a rescuer of cryptids, determined to keep them safe within a massive cage known as the Cryptozoo. This establishment, built by a protector of cryptids named Joan (Grace Zabriskie), doubles as a safe space and amusement park where these beings can both work and play, but she finds herself in a constant battle for their lives with the poacher Nicholas (Thomas Jay Ryan).

This push and pull between the two serves as the primary conflict of the film, with their driving force being finding the Baku, a cryptid from Japanese folklore that is said to devour dreams. Where one side seeks it to protect, with Lauren’s memory of her bad dreams being soothed by the being, the other seeks to sell it to the military to use as a weapon and stifle the dreams of the anti-Vietnam War counterculture. Where this could become a lazy journey of good versus evil, Shaw isn’t subtle about the way he is willing to critique both factions and add nuance to the journey of his hero.

Cryptozoo is a film that questions whether or not this idea of preservation and captivity, even under the guise of freedom, is its own form of murder. As damning as it is to pair an image of Disney’s supposed bastion of imagination and culture, Epcot (and, thus, other Disney World parks) with the carnival facade of the zoo, Shaw isn’t afraid to be as obvious with his metaphors as having a fence as a signifier of death, not only for those imaginative creatures but for humanity itself.

But for all the praise one can give its narrative and thematic exploration, Cryptozoo would be nothing without Jane Samborski’s work as animation director. The rigid animated sensibility of, say, René Laloux (and his Fantastic Planet) feels like the ideal comparison point here, unafraid to embrace the surreal. This isn’t to say it’s as stiff as some stop-motion works can be, particularly because of the work that editors Lance Edmands and Alex Abrahams, along with lead animator Emily Wolver, bring to the table, creating fluid transitions and never allowing any particular aesthetic to feel out of place. The layering work and willingness to contrast styles of animation, paired with some engaging and natural voice work from the entire cast, feels like a massive leap from the clean-by-comparison and sort of playful work that was My High School Sinking Into the Sea.

With John Carroll Kirby’s haunting and seductive original music still playing in my head long after the credits have rolled, Cryptozoo has embedded itself into my mind. Every fascinating creature has been brought to life in its own unique way, inspired by myths and stories that have been around for centuries. Staring at the art on display by Dash Shaw here is like witnessing the work of surrealist artists like Max Ernst and Leonora Carrington; as potent in its symbolism as it is in its beauty.