Sundance Review: Beast Beast is a Contrived Exploration of Gun Violence in America 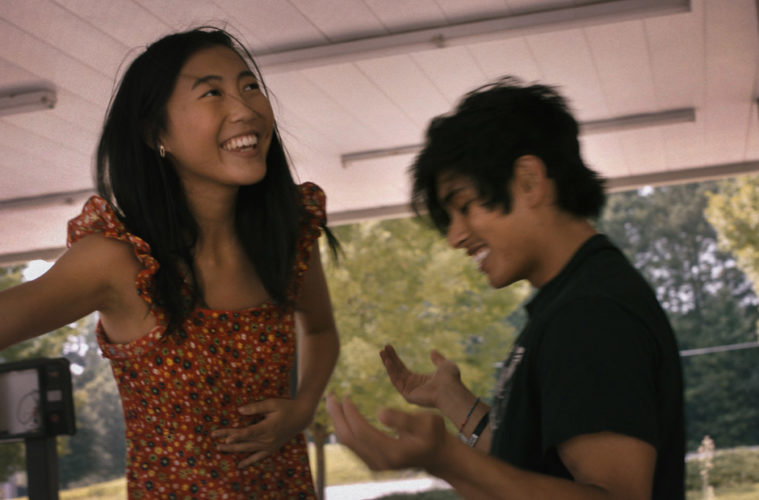 There are a lot of reasons why independent filmmakers gravitate towards ensemble pieces for their first few features, not the least of which is the company they keep. The now copies the mid-2000s, the mid-2000s copied the mid-’90s, and the mid-’90s copied the swiftness of ‘60s France. But while the particular subgenre of wayward teens is associated almost entirely with American culture, why is it that so many of these movies have so little to do with America itself? Is there nothing in between the camera and the subjects? An ethnography if one thing, but there should be some disconnect that invites the viewer to partake.

Beast Beast, the second film from Danny Madden, fails in that regard. There’s no real point of view, no real specificity beyond its sense of atmosphere. It’s Georgia, but we just know that because of the license plates. It’s a small town, but we mostly know that because the movie keeps telling us. Even as things shift from banal to brutal, Madden’s myopia precludes any shifts from making the impact they should, and for a statement on gun violence around America’s youth, not much of it is specific to guns—or even America.

Granted, it’s nice to see Madden try his hand at the Elephant formula. There are shadows of the Gus Van Sant film as well as its more recent imitations like Dark Night, and the sound work, while not deep, forges a nicely dissonant atmosphere. The characters, on the other hand, are baseline at the most. Our conduit comes in the form of Krista (Shirley Chen), a theater kid who’s starting to see Nito (Jose Angeles). Recently suspended, he’s begun running with two burnouts (Daniel Rashid and Anissa Matlock). All the while, 24-year-old Adam (Will Madden) lives at home with his parents.

As the writer/director wants you to notice, Beast Beast has its own Chekov’s gun. In fact, there are multiple, and they’re all hanging on Adam’s wall while he tries to make a living from posting assault rifle videos on YouTube. Somewhere between scrutiny from his father (Chip Carriere) and some unspecified beta male rage, he lies in narrative wait, the movie trying to tease some sort of suspense.

It’s mostly a fly-on-the-wall approach for the first half and for what it is, it’s fine. The cast has a decent naturalism about them, which is to say the Danny Madden just lets them hang out in front of the camera. Chen is particularly bubbly in what could have been a grating role; Angeles, similarly, wrings a sliver of pathos in a role that lacks sufficient motivation. Beast Beast has no real drive to it, and it becomes especially apparent once something actually “happens.”

Unfortunately, a lot of it has to do with the cast. Will Madden’s nostril-driven, huff-huff overacting furthers the role into caricature while Chen’s portrayal of distress is to simply go stoic. If anything, it isn’t all their fault, as Danny Madden’s script gives no time for the town to shift in the face of tragedy, much less a single person. He plays it straight instead, wavering between provocation and sclerosis. It’s clear he thinks this is the right way to deal with the subject matter. That doesn’t mean it works.

Rather, it reaches for comparisons to the works of Sofia Coppola or Tim Sutton or, even at its loudest moments, Larry Clark. It’s too sanitized for that, though. The pace is too zippy at its darkest moments, and when it tries to have capital-D drama, it ends up contrived at best and risible at worst. It’s not a bad movie. It’s an empty one. Now, someone take that damn rack of guns off the wall.