Sundance Review: A Love Song a Bittersweet Ode to Love Lost and Found 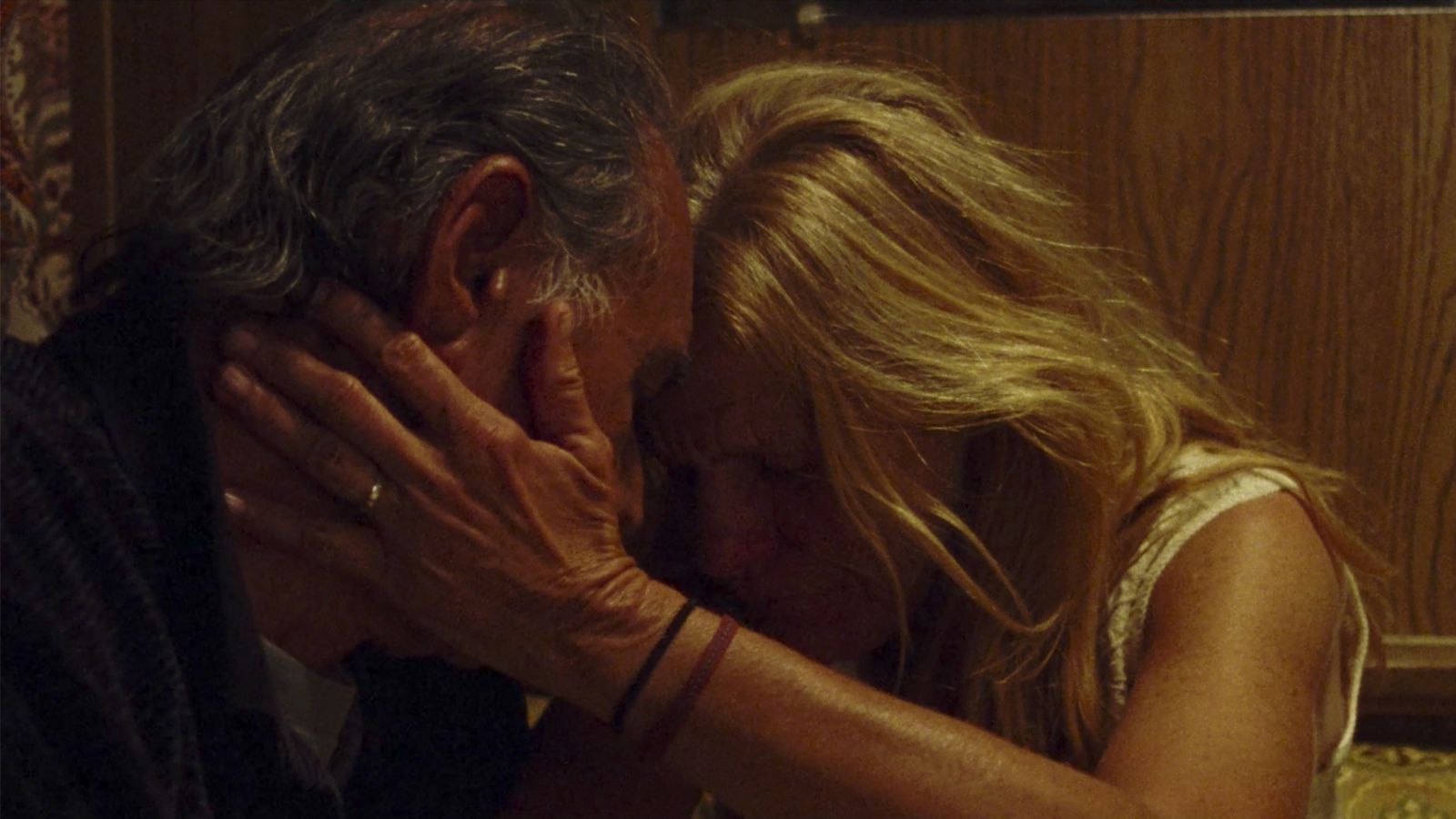 There are great faces, and then there is Dale Dickey’s face. Simply put, it is in a league of its own. The sole contender may be Wes Studi’s. A Love Song, written and directed by Max Walker-Silverman, has both. Lovely, short, spare, and bittersweet, this feature debut is living proof that less is sometimes more. Often the camera lingers in close-up on either performer’s beautiful mug, and it’s never long enough. We see the world in their cheeks and their eyes. We see their regrets, their fond memories, and their nervous anticipation of what’s next.

For the first twenty minutes or so, we follow Faye (Dickey) as she goes about her routine at Camp Site Number 7. Her camper hitched to her pick-up, she collects fish from the nearby lake, makes coffee, and listens to an old box radio. She tells a curious, quirky local family that she’s waiting for someone. The postman (on horseback) seems eager to deliver a letter to her, though it may never come. A couple at an adjacent campsite invites her over for a drink. We learn that Faye’s waiting for Lito (Studi), a childhood sweetheart of sorts.

Once he arrives, the full weight of both of their lives is underlined. Both are widows searching for purpose in their later years. Walker-Silverman’s dialogue is minimal, allowing his two leads one introspective monologue each. Not to worry, they make the most of ’em. Most of the time, observing them complete a mundane task like putting together a tent is more than sufficient. Often this kind of small indie is dismissed as slight or incomplete. Any suggestion that a picture of this caliber is easier to achieve given its lesser scope is ludicrous. Often it’s quite the opposite.

The most effective thing in A Love Song is its portrayal of loneliness. Yes, these are lonely people. And while they have moments of sadness, there are also moments of joy; moments of thoughtfulness; moments of introspection. Dickey conveys so much without doing much at all. This performance is the culmination of an incredibly accomplished career. The same can be said for Studi, whose late-career accolades are well-deserved and far too late coming.

Sure, some of the more whimsical scenes halt the drama a bit but are ultimately welcome asides. John Way is charming as the postman on horseback, determined to deliver good news. And Marty Grace Dennis is quite memorable as the young leader of her clan of brothers, who hope to unearth the bones of their late father so as to move his gravesite to a more aesthetically-pleasing part of the campsite. He’s currently buried under Faye’s camper.

The most effective supporting character, however, is that box radio. At one point Faye points out that whatever song she finds on the device, it’s the right song at the right time. That said, Walker-Silverman never allows the prop to become too cute. It is employed when needed for the narrative, which is to say just enough. Do not let the brief runtime or spartan setting dissuade you. This is nuanced drama, well-felt and well-told.

A Love Song premiered at the 2022 Sundance Film Festival.