Sundance Review: A House Made of Splinters is a Fraught Portrait of War-Torn Children 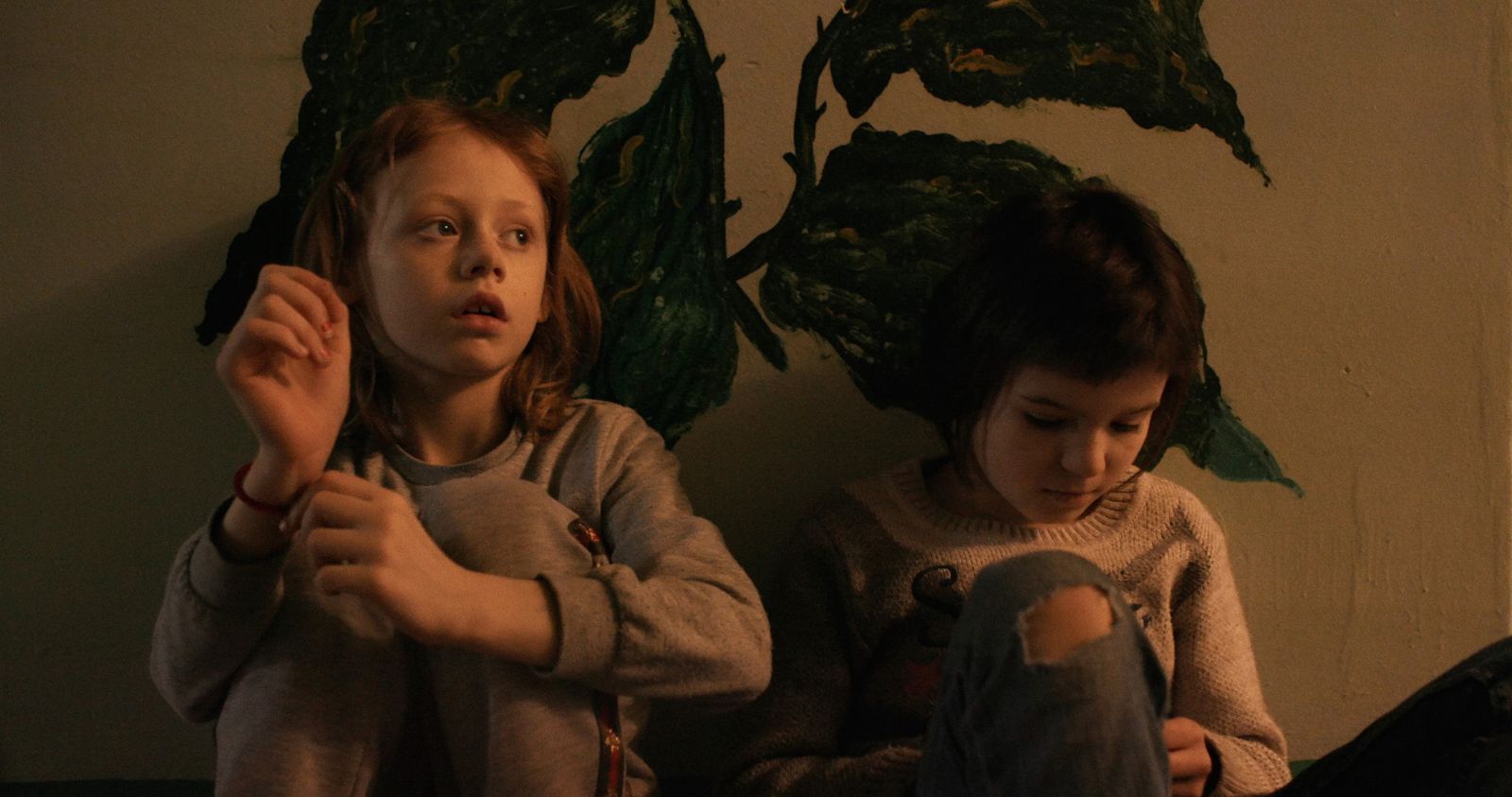 A handful of moments in Simon Lereng Wilmont’s documentary A House Made of Splinters made me feel I’d accepted an invitation best declined. One such instance involves a young Ukrainian girl, Eva, whose phone call with her alcoholic mother is recorded from both ends. We hear Eva’s mother, who had previously been missing for multiple days on another bender, plead with her daughter to flee the shelter that took her in while her mother’s custody case was prepared in court. Once processed, Eva’s mother may lose custody, and Eva would then be sent to live in an orphanage. The phone call is devastating—we witness this child forced into a premature position of maturity as her mother breaks into a million pieces. Eva, however, does not collapse into tears. She maintains composure while her mother has a tantrum that, were the roles properly reversed, Eva would be having over some childhood frivolity. Instead Eva only quietly hangs up the phone on her not-quite-parent, both their futures ever in limbo.

In the aftermath of this sequence, and a few others, I wondered how acceptable it was that I just watched it at all—that I, a stranger, was granted access into this distressing moment in the life of a child whose traumatic experiences I will not only never be able fathom for myself, but that are actively ongoing. In A House Made of Splinters we follow the lives of three such children placed into a shelter 20 kilometers from the frontlines of the Russo-Ukrainian war. The war is left offscreen but results of this ongoing conflict are everywhere, having further destabilized the families whose lives were already under duress. As the documentary explains to us in a voiceover, “every tenth door hides a broken family”—be it from alcoholism, addiction, violence, homelessness, or an unholy amalgamation of any of the four. And for every child who finds their happy ending after leaving a temporary shelter, another is admitted. Another child whose life has been put at the mercy of a waking purgatory.

At this shelter the children are given regular meals, warm beds, kept up-to-date with schooling, and—most importantly—they take care of one another. In one scene a group of boys sit beneath a blanket and share campfire stories about their drunk, abusive fathers. In another a group of girls practice a dance routine to a pop song. While the women who run the shelter make calls and determine next steps, these children stage their best attempt at feigning normalcy, made possible largely through the forged connections. Alongside Eva are Sasha and Kolya, a young girl and boy, respectively, also placed under care of the shelter. Sasha is the youngest of the three, her mother afflicted with severe alcoholism that had often forced Sasha to skip school while being left home alone for days to take care of herself. Sasha, accustomed to isolation, is tired of talking dolls and eager to find someone with a beating heart to be her best friend.

Meanwhile, Kolya—also dealing with an alcohol-dependent mother and stepfather—is a far more willful child. The kind who seems destined for a life, as the saying goes, on the wrong side of the tracks. Kolya is unruly and obstinate. He draws places he shouldn’t—on himself and the doors of the shelter. He steals, he smokes cigarettes, he curses, though many of the children in this shelter throw bad words around freely, assumedly to emulate the adults in their lives. But Kolya—who does not look to be much more than nine or ten—also self-harms, something his mother notices when she comes to visit him and his two younger siblings, both also in the shelter. Despite the tough-guy image Kolya has manufactured for himself as a form of emotional protection, when his mother sees his cuts and urges him to stop, the young boy weeps in her arms. It’s another poignant moment in a documentary that acts as a patchwork quilt of poignant moments, some wholesome and some heartbreaking, all stitched into a portrait of a place and people the world has seemingly forgotten.

As often, there’s some question of ethics. In this case it’s the window into the lives of these devastated kids. These are not adolescents whose unstable childhoods are reflected upon in the rearview mirror, but ones still in the midst of—experiences still congealing within soft, malleable young minds whose bulk of life is yet to be written. It feels, in so many words, a little strange watching trauma as it irrevocably takes shape. To listen in on disturbing conversations that should be kept private; to see Kolya’s face crumple as he learns he’s going to be transferred to an orphanage. Is Wilmont being a bit too intrusive, a bit exploitative of these private moments—despite claiming to have received permission from parents, authorities, and guardians in an interview from the film’s press notes—or is he simply exposing a harsh reality? One reality of many that exists for children—not just in the Ukraine, but all around the world in war-torn countries? A reality those of us in the comfortable “first world” would prefer to look away from? It’s a tricky line Wilmont toes, and I suspect that whether or not he succeeds in doing so will largely be left to interpretation from viewer to viewer.

But since the quality of documentaries tends to hinge on how compelling its subject matter is, A House Made of Splinters is further complicated by the fact that Wilmont’s filmmaking is largely perfunctory. Thus its draw leans almost entirely on the children and their tattered lives. In this way it does feel a touch exploitative, even if the goal is to shine light on an overlooked, ongoing tragedy. Then again, how else are we to even come close to comprehending these people, hidden away in this contested part of the world, other than have the ugly truth forced upon us? The sole aim of Wilmont’s doc seems to be simple understanding, but the path towards getting there is obfuscated by what feels too much like a peep show. Though touching, profound, and intent on displaying joy as much as sorrow, A House Made of Splinters is too thorny a journey to render the expectedly unresolved conclusion justified in getting there.

A House Made of Splinters premiered at the 2022 Sundance Film Festival.