Sundance Review: A Glitch in the Matrix Plunges into a Deep Philosophical Rabbit Hole 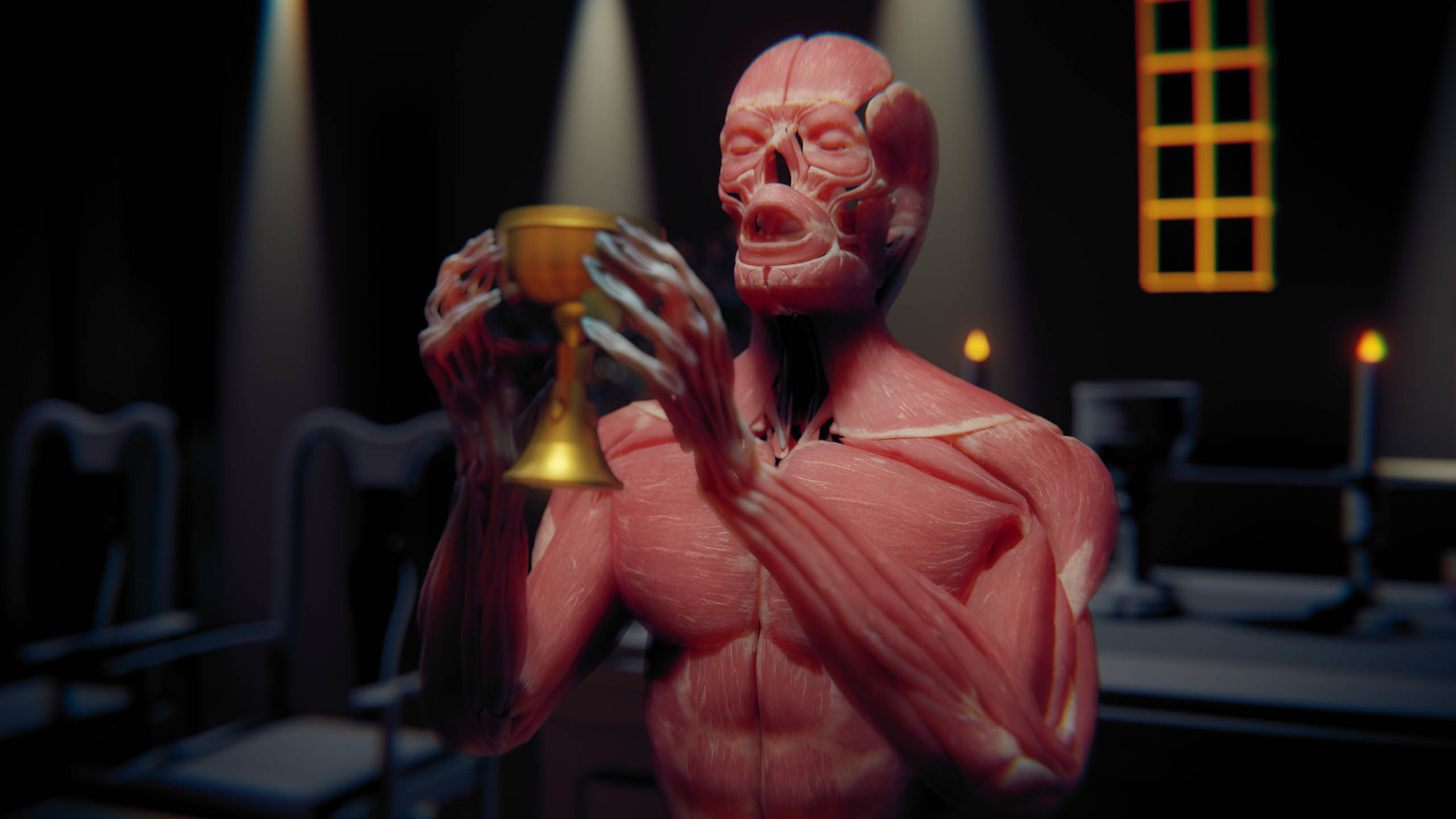 I often wonder what influential film theorist Andre Bazin would make of VR and simulations, especially when this year’s Sundance has virtualized the festival experience in a way that benefits from a longer runway than most cultural events pivoting likewise. It’s only fitting that Rodney Ascher’s mind-bending A Glitch in the Matrix would premiere alongside the festival’s virtual avatar party taking place in a computer-generated “space station” that lets us keep a healthy distance. Ascher’s film, which unfolds through a series of virtual interviews, edges towards and backs away from explaining what it could’t have predicted: a virtual end to American democracy during the final days of the Trump administration. If ever there was any point for an experiment to fail in chaos, we broached it while the movie’s virtual print was virtually wet––as the old expression goes.

Ascher, whose work ranges from fictionalized histories of the Screen Gems logo (The S from Hell) to theories on The Shining’s Overlook Hotel (Room 237), here melds pop culture, philosophy, and science fiction with the aim of convincing us we might be living in a Matrix-like simulation, perhaps somehow led by Elon Musk. We learn Neil deGrasse Tyson, who may or may not be interviewed in the film’s virtual witness-protection program, doesn’t discount the theory either.

The film’s starting point is a 1977 lecture given by Philip K. Dick in Metz, France. The author cautions, “If you find this world bad, you should see some of the others.” Ascher’s interview subjects include writers like Nick Bostrom, whose seminal academic essay asks if we’re living a computer simulation; others appear as computer-generated avatars questioning if the environment outside a car window is in fact rendered by a supercomputer or real, along with the notion of six degrees of separation. Another factor given the deep dive is the role of a non-player character, based on a Reddit thread in which a supermarket employee robbed of consciousness seems to believe his entire existence is programmed into a set of prompts and responses based on small talk.

Glitch is a riveting essay, punctuated by wall-to-wall pop-culture references that might cause the same kind of cultural phenomenon as 2004’s What The Bleep Do We Know? Whereas that film felt like a creepy recruiting tool, Asher’s picture follows along the same lines of his previous works by providing an explicit disclaimer in the tale of Joshua Cooke, a teen heavily influenced by The Matrix who killed his parents without believing it would be like a video game. Cooke’s case, which made national headlines, used The Matrix as his defense before he eventually pleaded guilty and avoided a trial. Asher allows Cooke to speak directly in an interview accompanied by chilling virtual recreation of the crime scene.

A Glitch in the Matrix fits well within the canon of Ascher’s pictures, which offer a kind of creepy alternative history of popular culture as interviewees work to identify hidden structures within their lives—including one who insists on organizing time in twelve-day weeks. Others opine about the simulations children build in Minecraft as a space of disembodied conciseness.

Ultimately, the film attempts to insulate itself from questions regarding its very existence, offering a philosophical quandary that is normally reserved for the press kit or a social issues documentary’s accompanying impact campaign. The experience is an entertaining rabbit hole of sorts; I wish I had watched it with someone who considers themselves an NPC, the type who sits a seat apart from you at a press screening and doesn’t make small talk about what they’ve seen and enjoyed at the festival. Perhaps, per Ascher, we could regard them with suspicion or activate them by engaging in conversation.

A Glitch in the Matrix premiered at Sundance Film Festival and opens on February 5.