Slamdance Review: Waiting for the Light to Change is a Strong, Precise Debut Exploring Anxieties of Young Adulthood 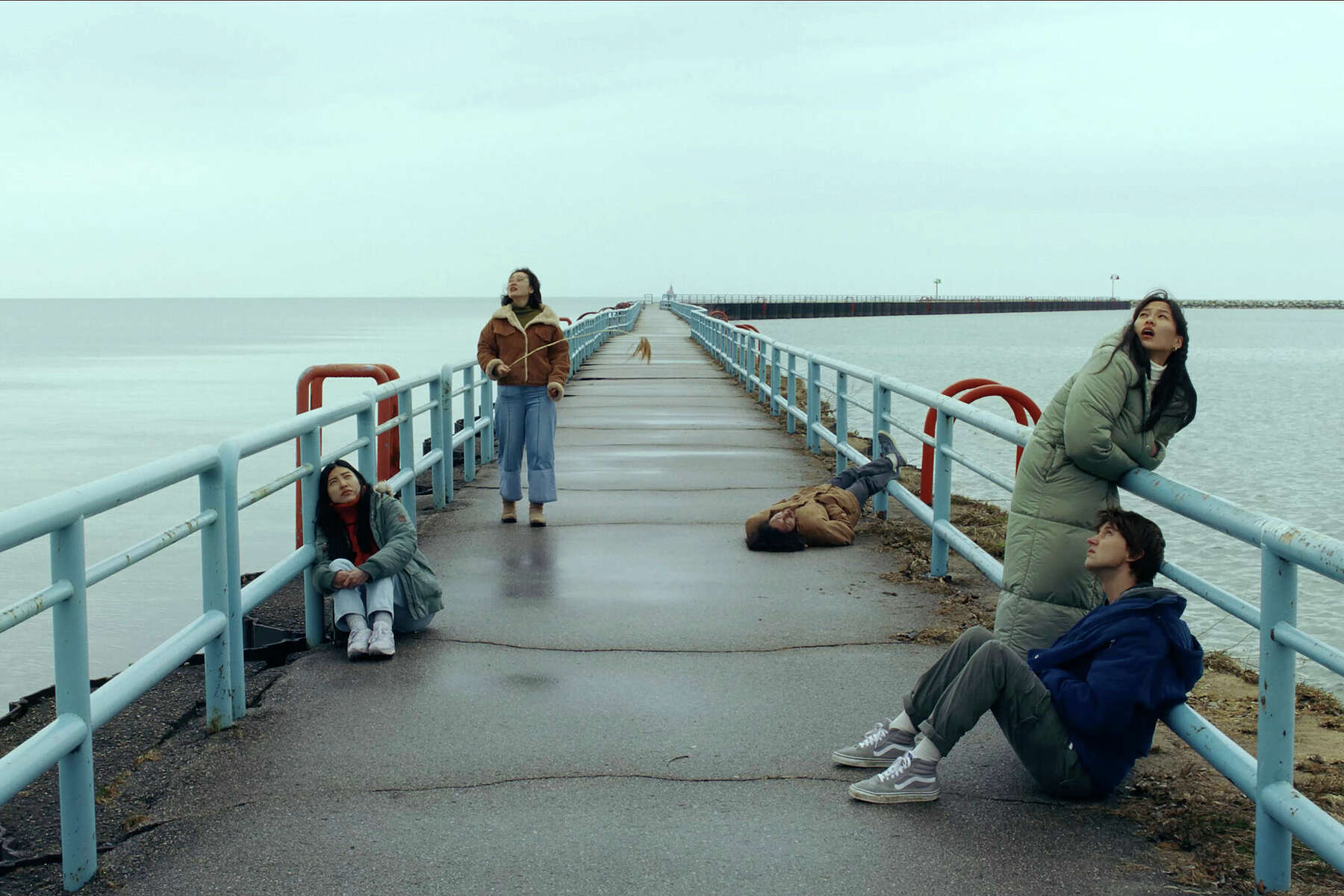 The five characters in Linh Tran’s Waiting for the Light to Change come together in awkward fashion, some reuniting and others meeting for the first time at a lake house in Michigan at the tail end of winter. What’s supposed to be a fun getaway starts on the wrong foot: they can’t find the house key upon arriving, the water’s too cold to swim or boat in, and there’s nothing to do in the small town; accordingly most of their time is spent indoors or wandering around the cold, windy shore nearby. That isolation makes for a rich starting point to Tran’s strong, confident debut feature, in which she uses her ensemble to explore the anxiety, despair, and sadness that can hang over one’s 20s while building a life and career.

Details about each character come to light soon after they settle in. High school sweethearts Jay (Sam Straley) and Kim (Joyce Ha) are excited to get back with their friend Amy (Jin Park), who moved to California and is currently studying for her master’s. Kim also brings along Lin (Qun Chi), her cousin from China she hasn’t seen in a decade; Jay invites his stepbrother Alex (Erik Barrientos). While Alex has an attraction to Amy and Lin happily tags along with everyone, the history between Jay, Kim and Amy adds a low-lying tension to these proceedings. Amy always had feelings for Jay, but in high school she never pursued them from feeling insecure about her appearance. With everyone back together and Amy more confident––she’s lost a significant amount of weight, which Kim is quick to point out multiple times––she discovers her feelings for Jay never went away, putting her between a rock and a hard place.

The plot sounds like a lot of young, romantic drama with its central love triangle, though Tran almost immediately does away with any expectation of melodrama or convention. Tran and cinematographer David Foy rely on master shots, interactions playing in long takes with the camera usually at a distance, mostly fixed in place. It’s a deliberate approach that goes a long way for character development and establishing a strong rapport among the cast. Tran’s direction is precise in shot construction and especially blocking, both the actors and camera positioned in ways that accentuate groups dynamics and simmering tensions just beneath the surface. At the same time, Tran directs with a minimalism and sensitivity that makes her choices never feel too obvious in their intent, and with the cast mostly improvising their dialogue, she creates a strong sense of naturalism without compromising specificity. You can see how much thought Tran, her cast, and crew put into this work, an assuredness that commands attention.

Those efforts also help paint a bigger picture of a generational statement, one that bubbles to the surface organically. Almost every character has some sort of internal crisis: Amy’s unresolved feelings about Jay and fears of wasting her life; Kim questioning if her relationship is just going through the motions; Jay unsure about his career while grieving the loss of a father; Lin dealing with regrets over leaving her boyfriend. All such emotions only get heightened by the transient nature of their getaway, which shows a group of twentysomethings adrift, grappling with the loss of their past while staring down an uncertain future. Tran deftly weaves between intimate character study and broader look at youthful unease with a firm handle on evoking her characters’ inner turmoil that allows her to expand the story beyond its single location. It’s an impressive feat, especially for a first feature, and so unassuming in its execution it can easily fly under one’s radar. Those willing to seek out Waiting for the Light to Change and attune themselves to its rhythms will discover rewards within a modest appearance.

Waiting for the Light to Change premiered at the 2023 Slamdance Film Festival.