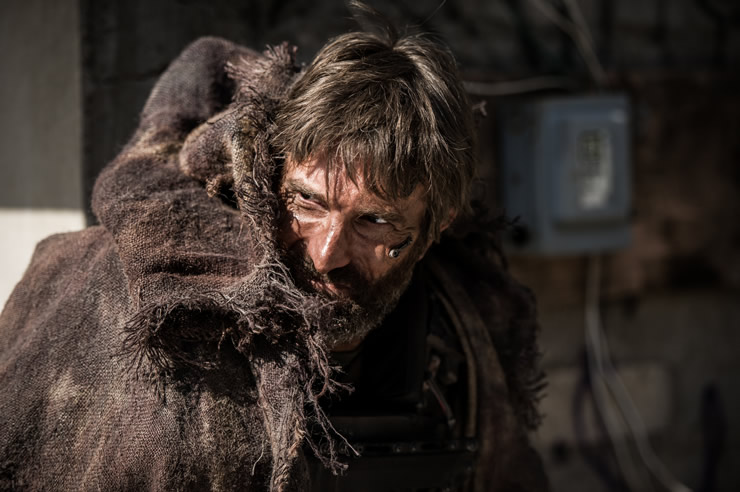 2009’s District 9 not only put director Neill Blomkamp on the map but also its star, the then-unknown Sharlto Copley whose performance was so well-received that it altered his career path into one in front of the camera as opposed to behind it. Blomkamp and Copley reunite once more this August in Elysium, Blomkamp’s newest sci-fi film and the follow-up to District 9 but their collaboration isn’t stopping there.

Through the magic of Facebook, Copley has quietly announced that he’s starring in a third Blomkamp production simply known as Chappie (this news was picked up by EW, where we were made aware of it). The South African director has talked about this movie for quite some time, with the first rumblings about reaching as far back as 2011 and then giving a few more tidbits of information about it in an interview with Empire last year stating that it’ll be a “science-fiction comedy” about a “ridiculous robot.” Besides that, and a rumor that South African music group Die Antwood have also been cast, not much can be said about the project other than it’s an original film from Blomkamp and we should all just suck it up and put it on our “must-watch” list preemptively.

Elysium is one of my most anticipated movies of the year (check out the trailer to see why) and Blomkamp is going to have to make an utter disaster before I even come close to dreading any new work; District 9 remains as powerful as it was back when it surprised everyone in 2009 and is one of the few great sci-fi movies of the past few years. Although next to nothing is known about Chappie, I’m already ready for it.

Thoughts on the next to no information about Chappie? Form some preconceived notions, people!