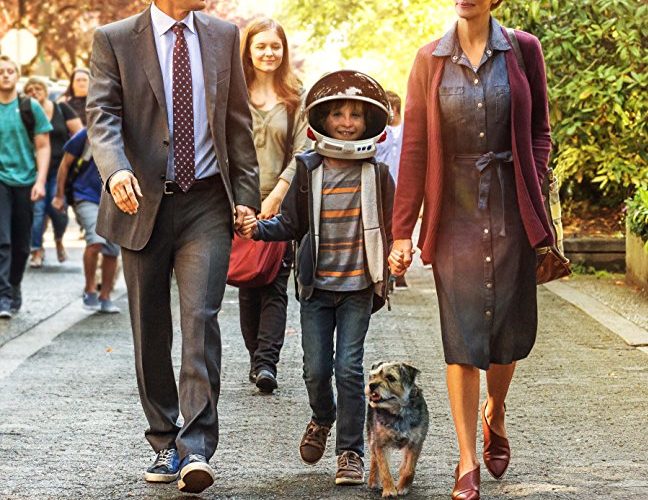 Review: ‘Wonder’ is a Sweet, Delicate Drama that Sidesteps Clichés

Based on the popular book by R. J. Palacio, Stephen Chbosky’s Wonder is a sweet, delicate, self-aware adaptation that remarkably sidesteps most of the clichés that a film such as this could have easily fallen into. It is the universality of the message that rings most true in Chbosky’s film: accepting people for who they are and, most importantly, being kind to one another. It might sound all saccharine, but it is deftly told by a filmmaker whose last film (an adaptation of his own novel The Perks of Being a Wallflower) also dealt with adolescent angst.

Although it will remind some of Peter Bogdonavich’s excellent Mask, in which a boy also had to deal with a craniofacial birth defect, Wonder separates itself by being its own kind of sweet-natured fable. If Bogdanovich’s film was a grittier, more morose-filled drama, Chbosky does not want any of that; he believes in the courage-filled, against-all-odds journey of his character.

The film traces a year in the life of the severely disfigured Auggie (Jacob Tremblay), who is going to school for the first time after years of home schooling, courtesy of his understandably overprotective mother (Julia Roberts). Adapted by Steven Conrad and Jack Thorne, they’ve kept the novel’s core inspirational appeal of both a humane relatability and an overabundance of genuine emotion. Tremblay, almost unrecognizable in makeup, manages to pass this tough acting challenge, playing a boy who, despite 27 surgical procedures, is afflicted with a facial birth defect he has shoulder his entire life. Due to this burden, Auggie prefers to wear his astronaut helmet than to show his true self. As much as the drama is about this tough little boy, it’s also about the resilience of his parents, Isabel and Nate (Roberts and Owen Wilson), who hesitatingly decide it’s time for Auggie to join regular kids his age in the fifth grade. They know his new chapter in life will no doubt be filled with curious students staring and mocking Auggie’s deformities. Nate is most hesitant, comparing the situation to sending a “lamb to the slaughter.”

The greeting that Auggie receives upon entering the halls of his new school is all too predictable, with bullies led by Julian (Bryce Gheisar) using verbal assaults to put down this sweet-natured kid, who expected the worse and gets it. However, there are also kids that care, and want to make Auggie feel at home. They know how tough it must be for him, and the conversations that ensue are touchingly rendered, in a way that feels like one is witnessing the best example of kindness on display.  There is also the principal (Mandy Patinkin) who is prepared for Auggie’s trials and tribulations and tries to make the process run as smoothly and problem-free as possible.

More importantly, just like in Palacio’s book, Chbosky decides to divide his narrative into different chapters, dedicating each of the four divisions to young characters who are well-connected to Auggie but have problems of their own. The fact that events are repeated and shown through different perspectives brings an artfulness to the film, developing the characters further and investing the viewer even more.

There’s Auggie’s older sister Via (Izabela Vidovic), a high school freshman, whose best friend Miranda (Danielle Rose Russell) comes back from her summer changed and only wanting to hang with the “cool” kids. It does not help that Via has always been second-fiddle in the family to Auggie, mostly due to the sensitive nature of her brother’s situation. However, the brother-sister bond they have is undeniably affectionate. Miranda gets her own chapter as well, ditto Auggie’s new best friend Jack (Noah Jupe), but he ends up being another strain in Auggie’s sensitive emotional state.

Roberts brings substantial dimensions to her role. There is heartbreak, despair, hope, anger, love and so much more in this performance, perhaps the best the actress has given since her Oscar-winning turn in Erin Brockovich. Wilson is her worthy counterpart, hitting all the right notes as the father who cannot let go of the overprotection and guidance he has given his child since his complicated birth.

Of course, with a story such as this, the drama can occasionally have a lack of subtlety, especially at its climax when the director tries to preach the morals of the story in a way that feels out of touch with the rest of his movie. Much of the film’s success does reside upon Chbosky’s mostly restrained execution, but it is Tremblay that carries it. His fully rendered and exceptional performance is something of a miracle as it joyously goes past the prosthetics and into the core of his character’s roller coaster of emotions. It’s a testament to the 11-year-old’s acting abilities that he can deftly jump from drama to joy to comic relief and back again and never have it come off as strained. It’s a risky high-wire act, but Tremblay swiftly and effortlessly brings it to life, not an easy feat for an actor of his—or any—age to pull off.