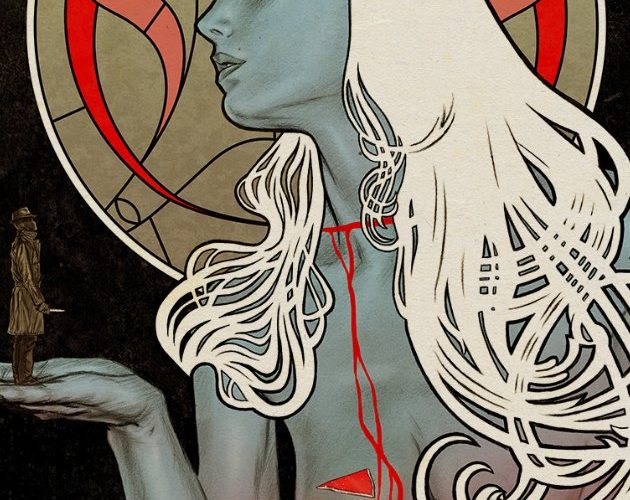 [Review] The Strange Color of Your Body’s Tears

You don’t have to be familiar with the films of Mario Bava, Sergio Martino, Paolo Cavara, or even Dario Argento to appreciate The Strange Color of Your Body’s Tears, the second giallo homage written and directed by Hélène Cattet and Bruno Forzani, the duo behind Amer. Giallo films are, by-and-large, proto-slashers, Italian horror/thriller films in the ‘60s and ‘70s featuring gory murders by psychopaths cloaked in shadows and trench-coats instead of masks; they often contain stylish camerawork and carefully determined colors, occasionally focus on ghosts and witches, and almost always showcase brilliant scores (which are recycled brilliantly in TSCoYBT). Cattet and Forzani retain many of these elements, but their film works just as well for the uninitiated, as many of the directing duo’s stylish editing patterns play with perceptions not just of giallo, but cinema as a whole.

The film prides itself on staying ahead of its viewers, with the story being particularly difficult to keep up with in the first hour, as Dan Kristensen’s (Klaus Tinge) search for his missing wife upon returning home from a business trip is interrupted by stop-motion, black-and-white flashbacks of a woman being tortured, kaleidoscopic imagery that distorts the frame, and temporally-misfit, possibly hallucinatory repetitions of sounds, images, and entire sequences. When Dan gets closer to finding out what happened to his wife, the complex editing patterns are necessarily toned down, reflecting a less-confused and more self-sufficient protagonist, but the best part of the film is the unsettling and difficult first hour, more interested in waxing cinematic than advancing the plot. So while Forzani and Cattet may be mediocre storytellers, they are ambitious aesthetes. Early in the film when Dan is searching for his wife to the tune of Alessandro Alessandroni’s “Suor Omicidi,” he pushes a button to talk to the occupant of another apartment. The music cuts off for the dialogue and then resumes with another button, only to come back when he reaches another occupant. The toggle happens four times in about 20 seconds, including a stretch in which none of the buttons seem to do anything. The brief sequence recalls Peter Strickland’s Berberian Sound Studio, a giallo homage about a year older than this one, as it foregrounds the falsified relationship between what occurs on screen and the off-screen source. Strickland’s film shows fruit being stabbed to create sounds for a giallo film we never see, and although Strickland’s tells us how the sounds in the film-within-the-film are made, we don’t know for sure that Strickland is actually using the sounds of the fruit to sound for itself; similarly but contrastingly, we know that the buzzers for apartments have nothing to do with a non-diegetic soundtrack, foregrounding our distance from the protagonist’s point of view and alerting us to the way the music affects viewers of horror films in particular but also cinema more generally.

A similar trick occurs later, when switches seem to control the color of the clothing of a woman as she disrobes. At a certain point, however, the man flipping the switches appears frustrated, and we see those same clothing items being put back on. When the switch begins working again, it seems to cause pleasure in a woman (perhaps the same woman, perhaps not), but at that point the sound of a camera shutter interferes, the frame mimics a viewfinder, and the pleasurable moans begin to sound violent and tormented, explicitly equating our gaze with rape, a theory with a broad reach traversing nation and genre; nonetheless, the sequence also revises and indicts the giallo film of old, which was criticized by many both then and now for misogyny. In another scene, a woman is passing matches up to a man on the floor above her through a hole in her ceiling. She grabs a stethoscope and places it along the ceiling, following his heartbeat, which dominates the speakers as a low, constant throb. The metallic sound of a knife unsheathed serves as the stinger, demonstrating how horror can be achieved without gore, a victim’s scream, or even more traditional stingers such as shrieks from a stringed instrument or back-masked noises from percussion to breaking glass and gunshots.

Throughout the film, then, character actions seem both to control and distort our perception. A violent assault with a knife is shot in extreme close-ups and edited in alternating green and red filters, with the red of blood being saturated. The result plays less like an assault than a dance of colors accompanied by occasional cries of pain, like a hallucination or a dream rather than an attack—which is in fact what it is. Sequences like these show that Cattet and Forzani are more interested in playing with viewer perceptions, be they our intellectual and psychoanalytic tendencies (head-wounds resemble vaginas throughout the film) or our more visceral, affective reactions to what we see, from colors to blood to the varied sets. That they are able to do this with such a varied array of tools, from filters to special effects to stop-motion, in black-and-white or color, through the film’s structure, which resembles a sort of Glass- or Reich-ian minimalism, and through deliberate homage is quite remarkable. As such, it is quite a shame that, once Dan gets close to solving the mystery that haunts him, the duo begins to tell the story in a (relatively) straightforward fashion, even introducing a Macguffin, but still seems unsure of how to end the film. Still, a persistent use of Ennio Morricone’s “Erotico Mistico” and still-impressive editing reminds us that, although the film becomes increasingly inert during its extended climax, this is the same film that offered endless curiosities for a sustained length of time, and even as its tricks seem to lose the meaning-making attributes that make them so special, they remain impressive rather than gimmicky.

Still, it isn’t unfair to suggest that The Strange Color of Your Body’s Tears doesn’t amount to much. Despite the technical virtuoso, it often plays like segments of a visual essay explicating how films, particularly horror films, work. The cumulative effects are minor, no doubt adding to the feeling that the film begins to lose appeal as it goes on. Still, for a film concerned with perhaps the most non-cognitive and sensational genre, the sensations it triggers should not be overlooked, and they speak loudly and clearly.