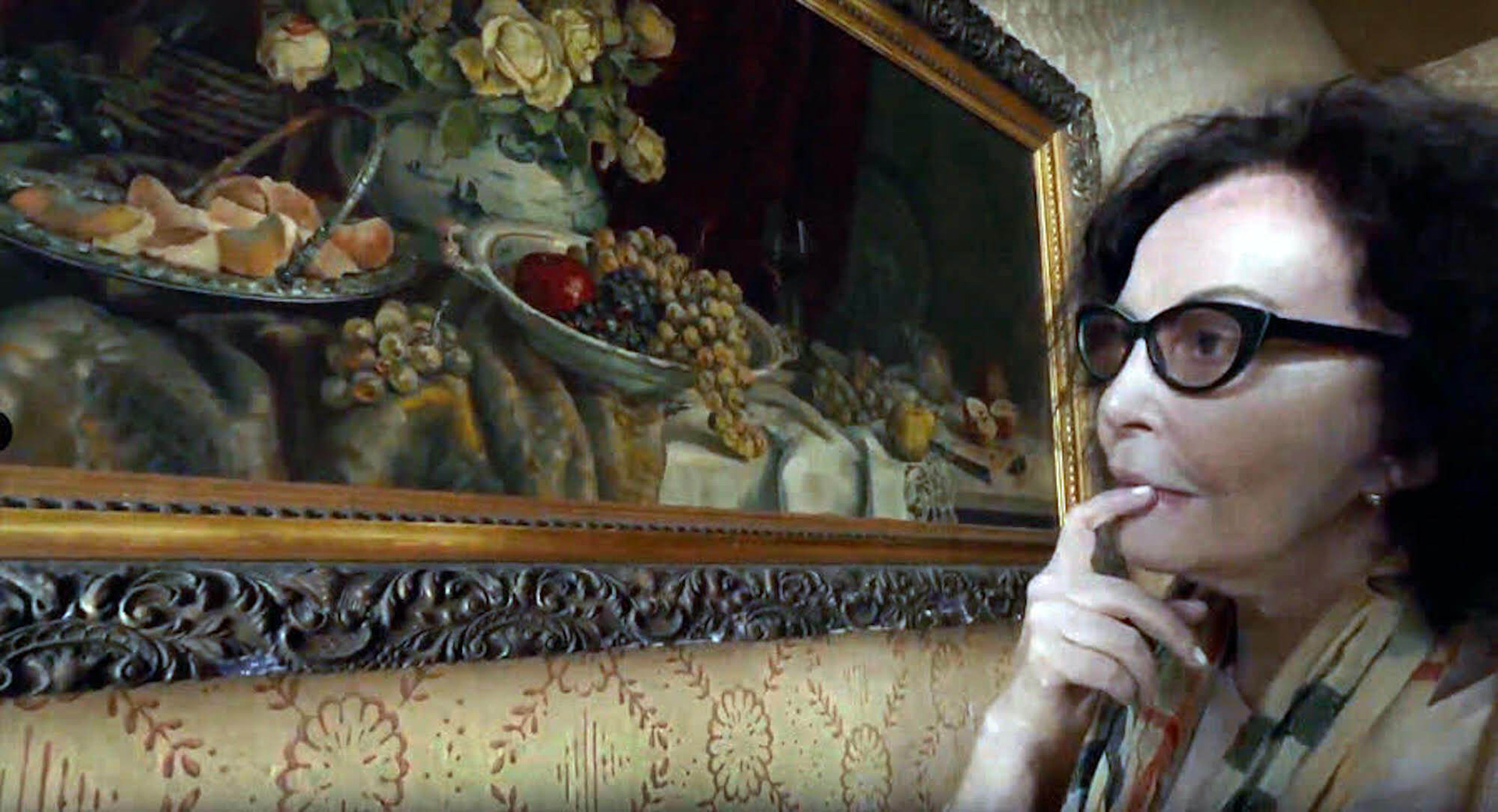 As a young girl growing up in Lodz, Poland after World War II, the framed still life painting that hung above Lilka Elbaum’s family couch became synonymous with home. That’s what she saw when she awoke and that’s what she remembers most when looking back at the nineteen years she spent in that apartment building before immigrating to North America—and it wasn’t even theirs. This truth shouldn’t be surprising when you consider that city and that era. All the furniture in that room was claimed by her parents when they moved in after the German who resided there during the occupation was forced to leave. But it wasn’t his painting either. That piece of art survived three changes of ownership spanning owners with three very different fates.

It’s therefore a perfect entry point for a journey back to an infamous setting of horrors that marked so many. Elbaum becomes our guide through director Slawomir Grunberg’s Still Life in Lodz, the catalyst to uncover a history that no one alive today could recreate on their own since no one who set eyes on that painting had ever known it during more than one chapter of its seventy-five-year existence on that same wall. She’ll need to conduct research into the property to find the name of the German who took over and even more to discover the identity of the dentist who resided there before him. Jewish, Polish, and Nazi origins alike become intertwined as tragedies, births, and imprisonments mark its long memory despite its unyielding silence.

The film is at its best when it lets Elbaum to dig further back into the canvas’ history and the connections born from it whether its current owner or the nightmares (that dentist was evicted and sent to the local ghetto) and miracles (Lilka’s mother was hidden by Polish gentiles for over a year) that permitted her to gaze upon it at all. The ways in which it drives her fascination and introduces old neighbors and new tenants is emotionally poetic because it allows powerful meaning to be projected upon what had been an innocuous piece meant for decoration. That her adventure would also bring two others into its wake (Paul Celler’s New Yorker and Roni Ben Ari’s Israeli) only broadens that importance as an unwittingly invaluable artifact.

More than the painting, however, Celler and Ben Ari’s relation to Elbaum’s story arises from Lodz itself. That’s where Paul’s mother resided before being sent to Auschwitz and where Roni’s grandfather lived (in her case the exact same building as Lilka). While their presence and unique experiences are crucial, the whole can feel somewhat scattershot due to its focus constantly moving away from the still life before inevitably returning with an abrupt cut that’s hardly an adequate segue back. I honestly thought our interest in the painting was finished around the thirty-minute mark—its purpose as our entrance to Lodz completed in order to let us take a different path. So it was a bit jarring when Elbaum began talking about it again as though we never left.

Hopefully it won’t come off so disjointed if you know this going in because what we learn from all three of these subjects is memorable enough to ensure that their inclusion isn’t removed from the finished work. Hearing Celler relate his mother’s experiences is harrowing and looking at old photos of Ben Ari’s family provides the context we need to understand how those years in between that era and Lilka’s childhood indelibly changed this small community. They become a link to the same events that unfolded before the painting only with a voice that’s able to share what they all saw. They provide the bridge between these decades and the reality of how quickly “friends” can turn when they aren’t the ones being subjected to humiliation and captivity.

With a mix of present-day recordings at sites spanning Lilka’s apartment, the Lodz ghetto, and the since made-over locations their ancestors once walked; animated memories of the painting’s post-war existence; and plenty of archival photos and footage to give us a sense of time and place (including a couple dissolves showing just how much things have changed), Still Life in Lodz proves a captivatingly intimate look at the Holocaust through the eyes of those born from its ashes. To witness what they discover as they are discovering it lends an even greater weight because the emotions born from that knowledge aren’t removed via hindsight. This is Roni’s first-time setting foot in her grandfather’s home and Paul’s first-time retracing the steps his mother took before Russian liberation.

That content thus overcomes any idiosyncrasies born from its sprawling narrative desperately trying to tie back to an object that would have been sufficient as our gateway to the rest alone. It’s a sobering account of just how much was lost and gained in the aftermath as this pilgrimage is simultaneously rendered as a way to pay respects (Celler) and gain ancestral insight (Ben Ari). Elbaum’s position as someone doing both allows her to be the perfect steward with as much curiosity, knowledge, and reverie as we could hope to find. And to touch upon each because of a painting—itself representative of place and memory—lets the heavy subject matter gain a level of accessibility beyond trauma alone. Its survival helps us contextualize theirs with optimism too.