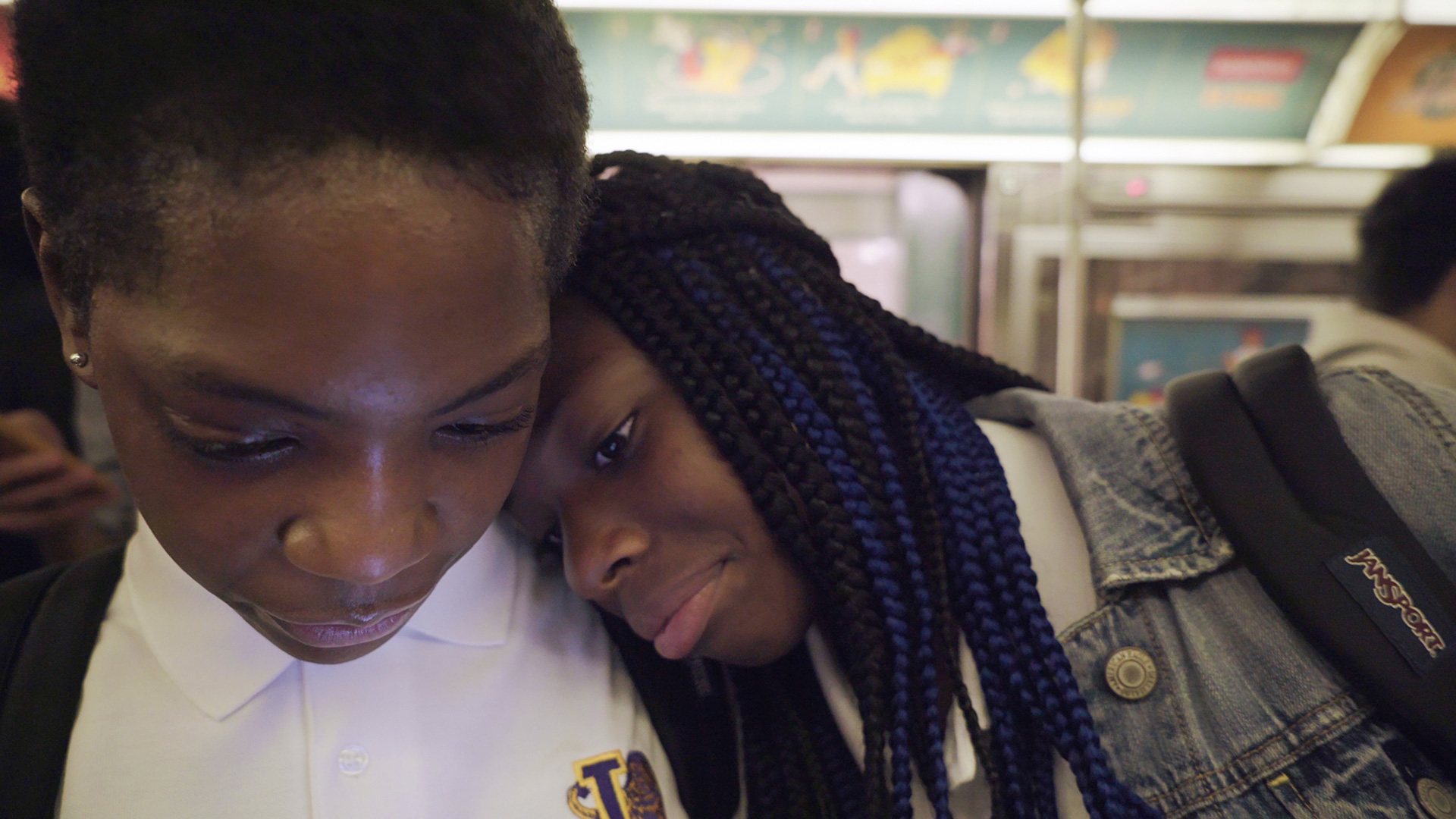 One must always be hesitant about stories dealing with the charity of multi-millionaires that never question the systemic issues behind such “selfless acts”—they can often make it seem those acts are a part of a working system. They are not. Is it great that Tai, Rainn, and Brooke Sheppard’s lives were forever changed after Tyler Perry gifted their mother Tonia Handy a Brooklyn apartment with two years’ worth of rent covered? Yes. Is it great that their Junior Olympic track and field victories landed them on the cover of Sports Illustrated and their background being homeless got them on The View so Perry could take note? Yes. But does it solve any underlying problems? No. The Sheppard sisters were lucky. Way too many aren’t.

The beginning of Corinne van der Borch and Tone Grøttjord-Glenne’s documentary Sisters on Track can thus be a bit rough—it’s hard to truly feel happy about this turn of events when it’s almost entirely beholden to these girls’ commodification by the media and PR machines. Everything is so focused on the Sheppards’ television and magazine appearances that you can’t help worrying things will quickly devolve into a bootstrap tale that ignores the near-miracle to acquire those boots. Because while many who don’t know this family’s suffering think nothing of their mortgage payments, not having to worry about one allows Tonia the time to find a job and the girls the space to be children again. This development is huge.

It feels so devoid of proper context for a reason, though. Rather than suddenly fixing their problems, that money simply gives them opportunity to have problems all kids their age should have. Sisters on Track isn’t therefore about them getting out of the shelter—that is but one chapter in their lives. The film is instead about what they do after and who really helps them along the way. The assumption is that footage of meeting Perry would have been included if it happened, so his absence speaks louder than his money ever could. So does their coach Jean Bell’s presence through everything. She put in the time and effort to do more than provide a Band-Aid—she’s here to change their fates.

One could even read this documentary as using the Sheppards to tell Bell’s story rather than using her as a supporting character in theirs. This is a Black woman who defied expectations put upon her generation to become a lawyer and thus afford the space to give back to the community that supported her through coaching. And as she says during an early meeting with the Jeuness Track Club: her efforts on the track are less about getting these girls to the Olympics than getting them into college. Education is their way out, running just the avenue towards financing that education. She makes sure they know fame isn’t enough to guarantee them a spot—grades and behavior are.

It shouldn’t therefore be surprising that Tonia disappears for a good chunk of this three-year narrative—like Perry and those scholarships, her securing a well-paying job becomes her main role as a single parent trying to provide for her children. Bell and Karel Lancaster-Williams become their tough-but-fair authority figures guiding them through the trials and tribulations of puberty and young adulthood. They know what’s needed and never waver from that certainty. They teach Tai (the oldest and most conflicted where balancing sports and life are concerned) crucial lessons and cheerlead her ambitions. Financing community programs like theirs is ultimately what Defund the Police means, despite GOP propaganda: bankroll outlets with role models, lead with optimism rather than apathy.

How does Bell push them through a broken system both while they’re victims to it and once they find their way out? The answer to that question is the film’s strength because it presents a blueprint reaching beyond them alone. The Jeuness Track Club has existed long before the Sheppards arrived and will continue long after their high school careers end. That Bell can be an inspiration to all the girls in her program is the real miracle—she’s doing it without millions of dollars or celebrity clout. Tai, Rainn, Brooke, and Tonia know it, none of them taking it for granted even when they may be sitting in the corner crying because of something she said. Bell is tough, her love is pure.

That’s real impact—not for TV cameras, but the community’s wellbeing. Tai, Rainn, and Brooke aren’t running because of endorsement deals, but because it gives them something to feel pride in and help raise the self-esteem necessary to achieve goals in the classroom and beyond. They’ve dealt with pain and suffering as well as death and despair, but they’re able to use those things as a means towards survival with the right support. Bell helps them channel it productively until winning is just the cherry on top. Being on the track at all and using it to springboard themselves to higher education is the real victory here. It’s hard to dig ourselves out of trouble if we’re never given a chance. They got one and ran with it.