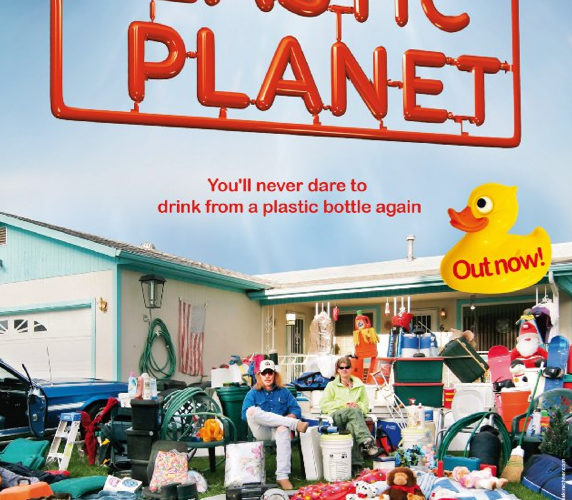 At its best, a documentary weaves a story so compelling that you fall into it long before you learn the narrative’s agenda. At its worst, a doc is a dull slog of information didactically presented without pizzazz. Werner Boote’s Plastic Planet is the latter as it contains a winding and inarticulate tale with an overt agenda that is announced in the film’s opening narration. This passion project aims to reveal the dark side of that unavoidable element of modern life: plastic. While Boote’s ambition to root out the possible downside to this wondrous manmade material is admirable, his journey is disjointed and uneven, full of gimmicks that fail to entice and facts that lack much needed context.

After years of adoring the plastic products his manufacturing grandfather brought home, Boote is seeking answers about this omnipresent product’s dark side. What prompted this turnaround? No idea. Boote never divulges the catalyst for his quest, nor does he develop beyond being a passionate and pushy plastic sniffer. That’s not a euphemism. He actually sniffs plastic from all over the world throughout the film, and comments on its bouquet. This eccentricity is just another quirk that makes him difficult to relate to and by extension hard to trust. Boote so doggedly seeks out a plastic boogieman that even when he uncovers some worrisome data, it lands little impact as he fails to present it within any scope. The discovery of harmful additives in plastic toys made in China is old news, and the emergence of intersex fish is introduced but left dangling without a grander context. Information without context is useless, relegated to fun facts to be bandied about over water cooler conversations. The whole film meanders through half-formed arguments and poor Michael Moore-style attempts at provocative point-making. When this unwieldy doc sputters into its final scene, I’d become too distracted by this oddball documentarian’s antics to pay much attention to his subject matter. Boote’s persona (like latter-day Moore) ultimately gets in the way of his own documentary. While I’d like to endorse Boote’s doc on the basis that I do feel consumers have a right to know what they are purchasing, his trenchant tone makes him feel like an unreliable lens for this topic.

Plastic is potentially harmful to our health as some lesser variants leech poisons into our food and beverages. It’s pervading the forests and oceans, killing animals as it goes, and this is terrible. So how did this doc fail to make me care? Boote flat-out asks an expert if plastic’s cons outweigh its pros, and this expert reprimands Boote for such a broad query, explaining you have to ask specific questions to find comprehensive answers. Despite this scene, Boote continues on in his scattershot investigation, talking to a figurine sculptor here, a plastic surgeon there, a barren couple here, and so on. His clownish attempts to decry the product he can’t stop sniffing certainly hurts his case, but the film’s major flaw is that it fails to link its information in any kind of fluid manner. This seems to suggest Boote is prizing shock tactics over a detailed argument, but even his attempts at being incendiary fall short of being intriguing. At the end of the day, Plastic Planet is a lifeless and sententious doc that fails to aptly inform or do its subject matter justice.

Plastic Planet is in theaters now.