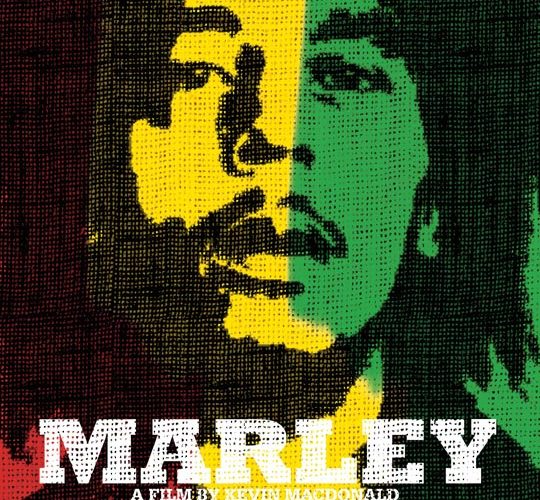 Academy Award-winning director Kevin MacDonald (The Last King of Scotland) takes a comprehensive look at a world-renowned musical icon in the biopic Marley. In many ways this is the definitive portrait of Bob Marley, covering everything from his childhood roots in the Jamaican ghetto to his arduous battle with cancer that led to his untimely death at the age of 36. These factual morsels are accentuated by conversations with those closet to him, family, friends, musical collaborators, children and former lovers. And while this overview of his life is remarkably detailed and thorough, there is a lack of rhythm in the pacing and delivery coupled with an under appreciation for the universal love that made Marley’s music so beloved to this day.

With full access granted to the official Marley archives by his estate, MacDonald is able to share a treasure trove of rare photographs, never-before-seen videos and long-lost stories. These will undoubtedly be appreciated by fans of the late Reggae pioneer and also for those with a peripheral knowledge of the history behind his music. It’s fascinating to see how the different musical influences from Motown to Rock ‘n’ Roll changed the way Marley not only viewed music, but the world. Seeing this evolution of his human spirit along with the artistic work he created is without a doubt fascinating. MacDonald isn’t shy of straying into some of the darker sides behind his psyche as well, from infidelity to being absent from his children. Part of the pleasure in experiencing Marley is re-living some of the momentous moments of his life. From the time he and the Wailers had their first breakthrough hit, to traveling the globe and playing soccer with his friends in London. Unfortunately there is not an overt abundance of Marley actually describing these events himself, instead the voices of those who knew him best fill in the details. There is an absolutely riveting story, that is infamous to those familiar with his life, about how Marley was shot in Jamaica over a heated political situation and still played a charity concert two days later. There is a wealth of information to soak up in Marley for the true fans out there.

However for those not as attuned or interested in Marley’s music, this film can feel like a bit of a drag. With a tiresome pace and a 144-minute run-time, there are moments that lull and are more reminiscent of a school lecture. The narrative never deviates from the chronological history of what happened, and some of the themes that Marley had striven to infuse with his music seem tossed aside for the most part. There is a great sequence towards the end where we finally see the world rejoicing and celebrating the love and universality of the music, how it breaks the invisible bonds that separate the world. The film needed more of these connections to connect with broader audiences, something to feel like it was truly made in Bob Marley’s spirit. Still, for hardcore fans and those looking to get high off of some essential musical history, Marley is a joint worth smoking.

Marley is now in limited theatrical release and on VOD.