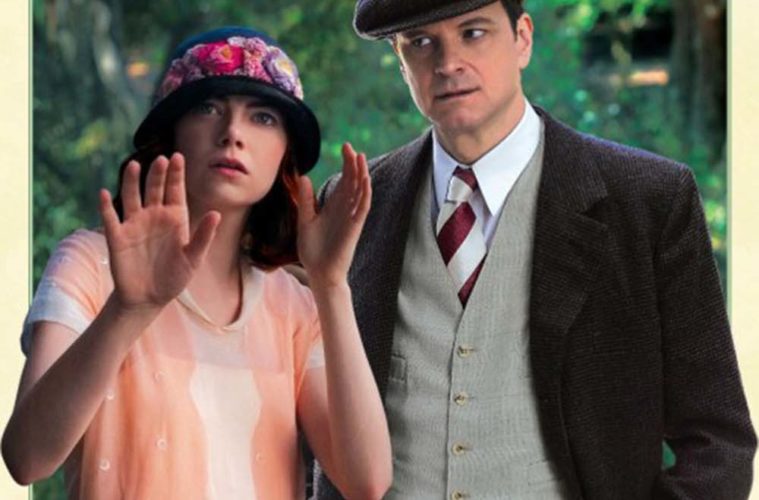 [Review] Magic in the Moonlight

Magic in the Moonlight’s pending release has granted marketing types an opportunity to note Woody Allen’s supposed penchant for magic. For this to be the hobby of someone we don’t know is one thing; for it to supposedly be a passion of someone whose decades-spanning career has essentially been built upon exposing his neuroses and desires is far more intriguing. Notwithstanding some obvious exceptions — The Purple Rose of Cairo, Scoop, Midnight in Paris, and one of his greatest works, the 1989 featurette Oedipus Wrecks — Allen’s oeuvre is a bit cleaner than this might suggest, more often leaning toward the rational way of assessing life’s various aberrations. (Or, at least, how his damaged characters might dare to define “rational.”) If we’re then to consider both the consistency of his worldview and the way that worldview has, time and time again, been channeled through the helmer’s now-perfunctory onscreen surrogate, there aren’t numerous ways his scripting of the romance between a stand-in skeptic and a supposed medium might turn.

For a little while, however, it seems as if Magic in the Moonlight is willing to bend the rules — as if a rug is slowly, clearly being pulled from under our feet, his (ahem) magic resting in how blatantly a fine act’s been communicated. In frequently, insistently proposing that one half of its leads can reach to a world beyond, there’s a careful subversion of the Allen mindset running through much of this picture, where our knowledge of the long-standing relationship between scribe and protagonist gives his plot’s central mystery an unusually strong sense of gravity. When the picture’s central figure, Stanley (Colin Firth), speaks of a distaste for the fantastical, one might not necessarily hear Allen speaking; heard, rather, are so many of the affable cynics who’ve been put onscreen over the decades, Stanley’s language and tone carrying that tradition of smart-aleck talk infused with a frustration over how much of an idiot so many other people are.

At the outset, he, a “militantly scientific” illusionist, makes clear his thoughts on the craft: it does not exist in any form whatsoever, and though he might take great pride in the careful orchestration of fakery, it is really, truly no more than fakery when looked at from any proper angle. But when entangled in the plot to unmask a young woman, Sophie (Emma Stone), who claims a deep connection with the afterlife — and who can recall very specific, very personal details of Stephen’s own background — there are questions to be had. So far, so good: when these elements quietly cohere before little outside basic blocks have been laid down, the combination of a premise and its creator’s well-publicized rejection of the fantastical practically hum at the edge of the frame. Would that it were enough to sustain so much as 97 minutes, during which time it becomes difficult to tell how much investment Allen actually has in material that can be boiled down to “the only real magic is love.” Excepting so much as the chance it’s provided him to spend a bit of time by the scenic French seaside, that is. Meager on purpose? This is hardly proper justification. It’s nice to think that, like a good trick, Magic in the Moonlight mines pleasures from a carefully delineated sleight of hand, but that would be to imply its pleasures are larger than the easy and ephemeral. This well-scouted, well-dressed, well-coiffed aesthetic principal is very nice to look at, sure, but it was with only mild affection when the words “scenery porn” came to mind during many (many, many, many) of Magic’s exterior sequences. Some will (understandably) take these widescreen vistas as an opportunity to bask in the same setting as its characters, sweeping us up right along with them; what I found was mostly distracting from a standard-issue romance between two luminous stars who, together, unfortunately gave the impression of having met 20 minutes before cameras rolled.

If Allen only wants to treat us a bit, fine. What frustrates is when there’s always something at least a smidge more interesting — with regard to nearly everything: setting, historical context, dynamics between characters (if not stars), and the questions of mystical influence which are meant to penetrate the first hour or so — either before us or bubbling under the surface, waiting to come forth with just a bit of extra push on his part. But because he seems incapable of constructing a film of absolutely no worth, the moments when they really do come forth can speak for his endeavor a bit more. From these, a light, albeit wistful thing reveals itself: the occasional séance sequence, equally effective in atmosphere and comedic effect; the recurring (and, make no mistake, poked-fun-at) ukelele playing of Sophie’s clueless fiancé (Hamish Linklater); every line and gesture from Simon McBurney; or Darius Khondji-provided cinematography which, though clearly a bit more restrained than something such as The Immigrant, adds a physical depth and weight to Allen’s compositions. A shame that the individual efforts of many are undercut by one leader’s inability to support his choice of period. Even when the work of production designer Anne Seibel stands in the same league as tasks performed on Midnight in Paris — though not quite as extravagant, still detail-oriented in a way that stands out while avoiding unnecessary pronouncements — the “scenery porn” criticism comes back to mind. What does this have to do with the narrative? Though I’ve entertained an idea that “the magic of the era” is something he’s getting at, it doesn’t cohere with his plot: this might be too picky, but excepting the possibility that someone would’ve conducted an Internet search in order to figure out the truth behind another player’s identity, its roaring-20s setting is at best a nice touch, at worst with the stench of ostentatious dress-up. (The casting of English-speaking actors — many of whom either are or, in the case of Jacki Weaver, playing American — certainly doesn’t alleviate concerns that we’re coasting on the exoticism of a foreign landscape.) And, again: if Allen only wants to treat us a bit, fine, yet the most memorable characteristic of an otherwise innocuous work is still one I struggle to justify past, “Well, this all looks nice.”

It’s to his credit that something requiring very little of its period setting, narrative-wise, might recall the past in ways which extend beyond dressings on a couch. The notion that any artist who’s been so strongly embedded into the popular culture might go unrecognized in certain essential respects is a curious one, but to look at Allen’s recent pictures (particularly last year’s Blue Jasmine) has nevertheless served as a reminder of his patient, observant visual style. Like any great cinematic conversationalist, he’s yet to lose awareness of how large an effect some small gesture of the camera or rhythms in a scene’s cutting might bear — why holding on Stone’s expressive face as Firth speaks can further communicate dynamics of their characters’ relationship, or, so long as the writing is able to sustain the action, what cumulative effect an extended two-shot might provide. When all immediately pertinent information regarding our protagonist is slipped into his introductory shot, it’s not a matter of the shot’s complexity; it’s mostly the willingness to be just the slightest bit methodical while keeping humor in mind.

With little fat on the actual narrative, Magic in the Moonlight‘s efficient clip evokes the better pictures of that era, Allen even having the courtesy to wrap up as soon as the impression it’s running a bit long has started to settle in. Since so little of this movie holds together, though, there’s still a contradicting effect at play: when the final scene is almost stumbled into, and when a concluding fadeout hits just as the last ribbon is being tied, I wound up leaving the theater as if nothing had happened — no sounds, no images, no feelings. How nice it would be if this was like watching something vanish before your very eyes; how unfortunate that it’s more akin to watching a small cloud of smoke suddenly appear, briefly stand, then quickly dissipate right before I’m put back onto Madison Avenue, ready to get on with the rest of my day.

As we continue with an era of Woody Allen’s career where all guesses pertaining to quality are a fool’s errand, that’s sometimes the most one can ask for. But that shouldn’t be so. Am I practically doing this out of some sense of obligation? Or is it all compelled by those small hopes a stronger-than-average preceding title has instilled? Less than 96 hours after exiting a screening room, the most I have left to say is this: at least next year’s outing holds promise.

Magic in the Moonlight will enter limited release on July 25, courtesy of Sony Pictures Classics.