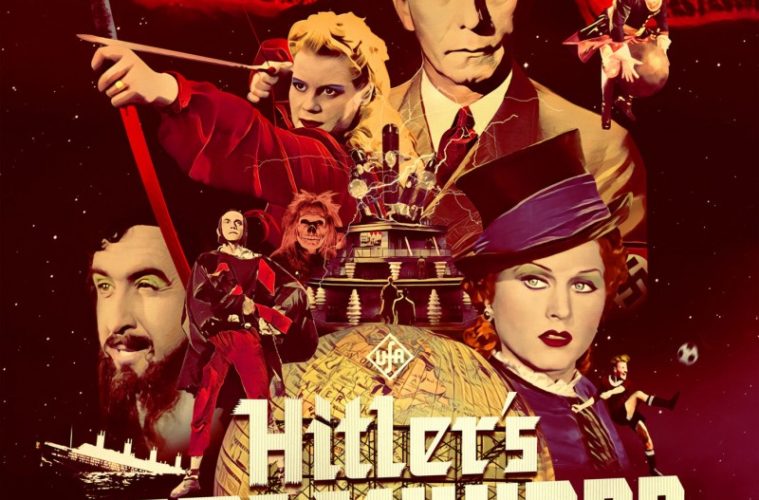 For his entire reign of power, Adolf Hitler used cinema to communicate with his public. Over 1,000 films were produced under the Third Reich, and half of those were unexpectedly musicals or comedies. Hitler’s propaganda minister, Joseph Goebbels controlled the German film system, channeling the Nazi’s ideologies through movie theaters and into the minds of the public. Watching Hitler’s Hollywood, a new documentary about the era of Nazi propaganda cinema, one can’t help but be reminded of the conciseness and clear-eyed vision of Tony Zhou’s Every Frame a Painting, a stellar series of video essays about movies. Each episode delivers its entire thesis and conclusion in a matter of minutes. Meanwhile, director Rüdiger Suchsland’s Hitler’s Hollywood, a deeply cine-literate essay film which borders on overly dry, makes and remakes its point, over and over again, too often repeating itself.

The documentary asks the question: what kind of nation would create art and poetry with the express purpose of justifying and glamorizing mass murder? Hitler loved Hollywood films and tried to emulate them in German propaganda films, in essence, Americanizing German cinema. The most directly propagandist moments from these films depict concentration camps as harmless and innocuous; life-threatening air raids are transformed into opportunities for romance, spinning occasions of horror into opportunities for whimsy. Herbert Selpin and Werner Klingler’s Titanic warps the infamous tale, laying the blame for the disaster on the hands of “the Brits and the Jews” instead of the iceberg. The only one onboard the ship who foresees the disaster is a German, whose warnings are ignored until it’s too late. This is a horrifying and fascinating example but this example and numerous others only illustrate what most people already know about the tactics behind German propaganda cinema.

The strongest thread, revealing the psychology behind the true architects of the studio system, unearths a notable tonal oddity in these films. Beyond their sinister political undertones and offensive portrayal of the Jewish people, a bizarrely upbeat tone exists in Weimar-era cinema. “Every death was a happy death,” Udo Kier’s narration purrs. On the surface, Germany was a country of unabashed pride. Every German hero wept with affection as they described their love for “the fatherland,” instilling the essential importance of self-sacrifice for the nation. In the movies, every German was eager to die for their country if it meant preserving national freedom. Nazi propaganda films portrayed an utterly false and fabricated version of the world: an antiseptically perfect society. The movies overflowed with a forced feeling of cheerfulness, a lack of irony, which Suchsland argues, masked a deep dissatisfaction and self-loathing.

Even while the sickening political undertones gurgle beneath the surface of the majority of Weimar-era cinema, Hitler’s Hollywood wisely pauses to underline individual scenes, which burst with beautifully cinematic moments of human emotion. Traditional gender roles were almost universally enforced in these films, women remaining at home while the men went out to fight. But rare exceptions appear, films which could be considered feminist leaning (or mistaken for might be more apt) or kitchen sink-esque portraits of the working class. While so many filmmakers fell in lockstep with the Nazi party’s agenda, subversives eventually reared their heads. A romantically charged realism emerged, poetry of everyday people. Anti-fascist German filmmakers such as Port of Freedom director Helmut Kautner – many of whose films bordered on German neorealism – proved a refreshing beacon among the not so subtly hateful works of his fellow countrymen.

All of this is worthy of dissection, but more often than not, the film’s length and pace push the audience away, favoring myriad clips over concision. One individual film clip offer a glimpse into a working studio system, running simultaneously parallel to Hollywood, each film fascinating in its craftsmanship and artistry. Kier’s narration argues that yes, we should remain aware of the surface message of hate, but there’s no need to look away from the details. But while intermittently fascinating in its attention to detail and its provocative thesis, Suchsland’s verbose essay film never successfully surpasses the realm of mere academic curiosity.