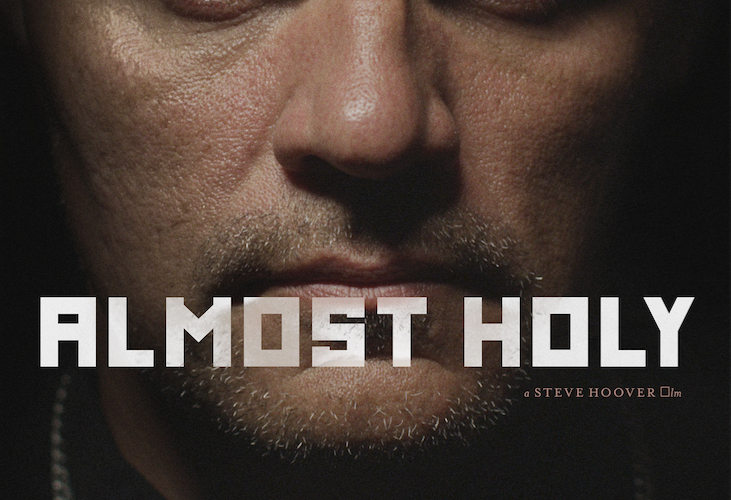 The most fascinating part of Steve Hoover‘s latest documentary Almost Holy is how its subject Gennadiy Mokhnenko parallels the life of well-known Russian cartoon Krokodil Gena. The latter deals with a lonely crocodile zoo worker named Gena and his friend Cheburashka: a young, abandoned creature rejected by the establishment employing him. The two therefore construct a home for the lonely as a result so nobody will feel their pain again. This show is the only thing to come out of the former Soviet Union that Mokhnenko remembers fondly, his drive to clean Ukraine’s streets of drugs aligning with the promise of a European Union membership in direct opposition of everything the USSR was. The kids he shelters call him Pastor Crocodile, the savior of Pilgrim House.

Hoover uses this parallel by interspersing his profile of Mokhnenko with relevant clips from the cartoon to soften the man’s edges. Because while the Ukrainian saves child drug-abusers the system has blindly forgotten, he does so as a vigilante. He isn’t a genial zookeeper made of clay locking horns with the villainous Shapoklyak — one look at his formidable boxer physique and determined jaw throws such comparisons out the window. Instead he’s a modern day Batman: pastor by day and lawman by night riding around in a motorcycle jacket forcibly scooping kids up from the gutters to provide a dose of much-needed tough love. Despite working outside the law, though, he’s become a folk hero to the people and valued friend to Mariupol’s mayor. His impact is incalculable. But his appearance is deceiving in the wrong way. When we meet him chuckling to the camera we think he’s a nice guy. When he kidnaps kids and throws them in his van or beats up adults suspected of abusing them before getting the police involved we think he has some anger issues but is ultimately doing the “right” thing. Then he puts on the clerical collar and really tosses in a wrench. A few decades ago this would be the tell tale sign that we’re dealing with a hero, but it’s tough to simply make that leap after so much confirmed pedophilia on behalf of the Catholic Church. Instead our minds race: that’s a lot of undocumented kids being helped out of the kindness of his heart.

I’ll admit I kept waiting with trepidation for the other shoe to drop. What were we going to find out he “really” does with these kids? The answer isn’t a spoiler: nothing. He’s legitimately a kind-hearted pastor who has been saving lives young and old. He gets these kids paperwork so they may restart life right. He finds them adoptive families, homes, and schools. And if he can’t he adopts them himself — he and his wife at one time calling thirty children besides four biological offspring theirs. It’s a fascinating juxtaposition and one that preys on our preconceptions of Catholicism and stereotype. The dystopic views of industrial smokestacks don’t help any either. Mariupol looks like a city in quick decline. Perhaps Mokhnenko mission is a futile endeavor. Even if that’s the truth, though, you cannot deny his story is one worth hearing. Hoover surely couldn’t after seeing footage of the man and meeting him in person. After the success of his debut feature Blood Brother, Mokhnenko didn’t quite seem like the right follow-up despite people he trusted pushing him towards the material. Eventually he relented and traveled to the Ukraine to shoot as much film as possible at his own personal risk — their van was ambushed at one point during the fight against Pro-Russian forces looking to take Mariupol like they did Crimea. What’s interesting is that all this periphery stuff actually begins to overshadow Mokhnenko the man. We understand what he stands for fairly early so introducing so much other conflict proves distracting.

This is due to our wondering how it will all come together. But besides one of his “children” deciding to fight the Russians, there’s not much shown to connect this new world with Mokhnenko. The film’s description teases that the violence threatens everything he has built, but those are just words. Of course the violence will threaten organizations like Pilgrim House, the question is how and what can be done to combat it. Neither of these is answered, though. Mokhnenko goes about his business with less of a bounce in his step, but he continues doing what he’s always done. Maybe that is the point: to keep on his mission despite the world falling apart. It seems like a missed opportunity. And if it wasn’t missed — if nothing did actually change — why even bother showing it? Nothing is added as a result. Show us the people he’s helped (a deaf victim of rape, an abused former doctor, and a young girl given to Mokhnenko because Pilgrim House would be safer than home) and how they’ve improved. Show us the children all grown up working for the same cause or going to school to start their own families. We get a little of this, but not enough. Instead the documentary gets repetitive as Mokhnenko does his thing over and over again. The promise of more keeps us engaged and the absence of it disappoints. This is too bad because when it works it is captivating.

But for every pharmacy sting there’s a speech at a woman’s prison. While the former is a self-contained piece of the puzzle, the latter is spread out for the duration — sometimes with a single five-second clip awkwardly shoved in the middle of another sequence. The idea of him talking to these women (apologizing for the male gender and the hardship it’s provided them as well as “scaring them straight” with stories of children who’ve lost their mothers) is relevant, but it doesn’t possess enough value to serve as an unsolicited backbone to the story. Eventually it’s forgotten and replaced by the revolution, one misused theme for another. So despite Mokhnenko’s actions from 2013-2015 being worthwhile, it’s tough to forget the archival footage of him between 2000-2008 is better.