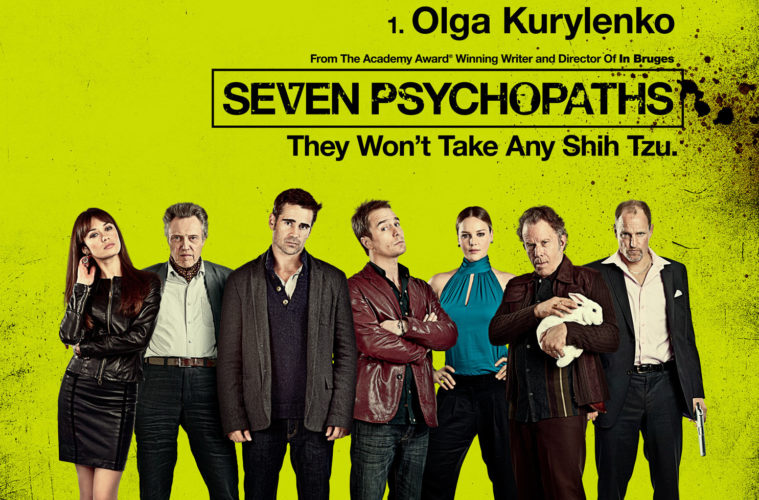 Now that we got the tame green band trailer out of the way, it’s time for Martin McDonagh to reveal the true colors of his latest dark comedy Seven Psychopaths. Returning with a larger ensemble, but keeping his In Bruges star Colin Farrell along for the ride, the film tells a meta, seemingly violent look a Hollywood screenwriter who gets caught up in a dog-kidnapping plot amidst batch of psycho killers.

With a heavy dose of profanity, including a great exchange between Farrell and Christopher Walken, this is looking like a supremely fun time. I love McDonagh’s snappy, dark nature and Woody Harrelson’s dire speech to Precious‘ Gabourey Sidibe is just the kind of comedy I’m looking forward to here. Check it out below, featuring some music borrowed from Guy Ritchie‘s Snatch score, for the film also starring Sam Rockwell,  Abbie Cornish, Olga Kurylenko and Tom Waits.

An alcoholic screenwriter (Colin Farrell) struggling to write a serial-killer script gets more real-life inspiration than he can handle when a dognapping scheme gone awry brings a galaxy of crazies to his doorstep. A top-notch cult-movie cast — including Christopher Walken, Sam Rockwell, Woody Harrelson, Tom Waits, Harry Dean Stanton-anchors this wacky, blood-spattered commentary on the psycho-killer thriller from the writer-director of In Bruges. Seven Psychopaths premieres at TIFF, kicking off on Sept. 6th, then arrives in theaters on October 12th.