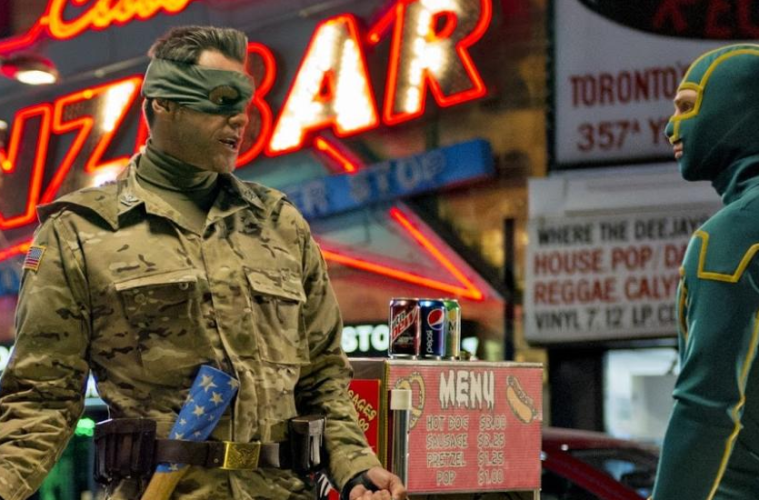 It wouldn’t be summer without a fair batch of sequels and while there are some highly-anticipated ones, including J.J. Abrams‘ Star Trek Into Darkness and perhaps Iron Man 3, a few others have us a bit more hesitant. One of these properties is Kick-Ass, with the franchise’s debut film grossing around a modest $100 million worldwide box office, we’ve heard many rumors of a follow-up in the last three years, and now it will officially be arriving this summer.

Stepping in for Matthew Vaughn is Never Back Down director Jeff Wadlow and we’ve got the first red band trailer for the film today. One of the most intriguing aspects of this follow-up is the inclusion of Jim Carrey, and the actor recently opened up to Fandango about his performance, saying his character’s personality is so different he won’t be recognized and it’s “far away from anything that you’ve seen.” Also starring Aaron Taylor-Johnson, Chloë Grace Moretz, Christopher Mintz-Plasse, Morris Chestnut, John Leguizamo and Donald Faison, check out the first trailer for Kick-Ass 2 below via MTV, along with the poster. Kick-Ass, Hit Girl and Red Mist return for the follow-up to 2010’s irreverent global hit: Kick-Ass 2. After Kick-Ass’ (Aaron Taylor-Johnson) insane bravery inspires a new wave of self-made masked crusaders, led by the badass Colonel Stars and Stripes (Jim Carrey), our hero joins them on patrol. When these amateur superheroes are hunted down by Red Mist (Christopher Mintz-Plasse)—reborn as The Mother F%&*^r—only the blade-wielding Hit Girl (Chloë Grace Moretz) can prevent their annihilation.