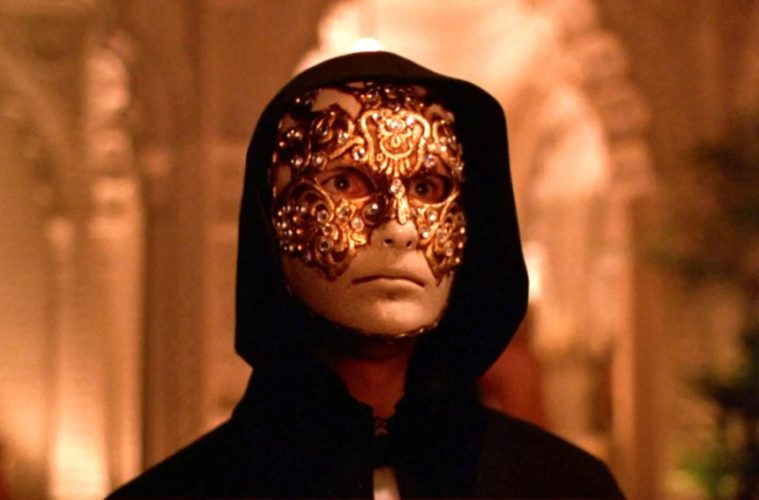 Winter and spring 2019 have seen a number of gorgeous art and making of books, along with some indispensable looks at Hollywood icons. Plus, we finally have the definitive look at the films of 1999, and what made that year so stellar–and so influential.

Best. Movie. Year. Ever. How 1999 Blew Up the Big Screen by Brian Raftery (Simon & Schuster)

This year has seen countless looks at the cinema 1999, and with good reason. It seems almost impossible to imagine a 12-month span that saw the release of such varied gems as The Matrix, Election, Being John Malkovich, Office Space, Fight Club, Magnolia, Boys Don’t Cry, The Limey, Rushmore, and The Virgin Suicides—not to mention Stanley Kubrick’s Eyes Wide Shut. All of the aforementioned films are documented in Brian Raftery’s expertly crafted Best. Movie. Year. Ever. And, of course, he also includes Star Wars: Episode I — The Phantom Menace, American Beauty, and, er, Varsity Blues. It is a window into a very different cinematic universe—pre-Marvel, pre-iPhone, the cusp of Netflix. Raftery captures exactly what made 1999 unique, and why we now see it as the year that changed everything.

Nearly a year after its release, there is still debate over the merits of Solo: A Star Wars Story. Much of this is due to its controversial directorial switcheroo, the intricacies of which have been a mystery to fans. Interestingly, the change from Chris Miller and Phil Lord to Ron Howard is not ignored in Industrial Light & Magic Presents: Making Solo: A Star Wars Story. ILM visual effects supervisor and co-producer Rob Bredow does not go into gory detail, but he does explain—visually and in the text itself—the impact the move had on the production. There is some truly breathtaking photography here, along with some humor; the image of cinematographer Bradford Young’s joyous, awed expression upon first stepping into the cockpit of the Millennium Falcon ranks among the finest Star Wars production pics ever taken. And in addition to being an engrossing eyewitness account, Making Solo has the effect of increasing a reader’s admiration for all that went into the creation of the film.

We are in the midst of a glorious Orson Welles renaissance following Netflix’s release of The Other Side of the Wind and the documentary They’ll Miss Me When I’m Dead, making the release of Orson Welles Portfolio a timely one. This collection of the director/actor/writer/bon vivant’s sketches is wondrously illuminating. Here, we see costume designs for his Faustus, random storyboards, humorous illustrations of tourists, and, most delightfully, his Christmas cards. Yes, Orson Welles was a genius illustrator as well.

Grateful American: A Journey From Self to Service by Gary Sinise (Thomas Nelson)

The career of actor Gary Sinise is, in a word, fascinating. From his days on the stage with Chicago’s famed Steppenwolf Theatre to his Oscar-nominated role in Forrest Gump and active work in TV (on popular series like CSI: NY and Criminal Minds), the actor is remarkably reliable. While filmography is part of his memoir, Grateful American: A Journey From Self to Service, just as significant a focus is his work on behalf of the military. Clearly, he is most passionate about the Gary Sinise Foundation—“[A]ll my life has culminated in my ongoing service work”—and this entertaining book succeeds in demonstrating why this is so.

The Wild Bunch: Sam Peckinpah, a Revolution in Hollywood, and the Making of a Legendary Film by W.K. Stratton (Bloomsbury)

There has been much written about the life and career of Sam Peckinpah, the tremendously talented, ever-controversial filmmaker behind violent studies of masculinity like Straw Dogs. W.K. Stratton’s The Wild Bunch: Sam Peckinpah, a Revolution in Hollywood, and the Making of a Legendary Film, is an essential addition to the Peckinpah bookshelf. His vivid account of the hugely difficult creation of the classic western is engrossing. But just as strong is his analysis of the film’s effect on cinema, culture, and its director’s reputation: “His very name would become associated with action pictures in which violence was unleashed and blood flowed: It’s a Peckinpah kind of movie.”

Two from Columbia University Press: Twin Peaks: Fire Walk With Me and The Fly

The “Devil’s Advocates” series from Columbia University Press might be the most consistent ongoing analysis series there is. What’s especially nice is that even though horror is the focus, many of the releases dip into other genres. Cases in point: Twin Peaks: Fire Walk With Me by Lindsay Hallam and The Fly by Emma Westwood. Hallam’s analysis of Peaks is spectacularly insightful, particularly her investigation of the film as a study of deep trauma. And Westwood brilliantly configures The Fly’s legacy as both a remake that improves upon the original and is an audacious exploration of metamorphosis.

A trio of new literary studies of Marvel and DC heroes is led by the timely Fearless and Fantastic! Female Super Heroes Save the World written by Sam Maggs, Emma Grange, and Ruth Amos (DK). This look at Marvel’s female characters includes everyone a reader would expect—Captain Marvel, Gamora, Jean Grey—but also delves into more offbeat figures like Squirrel Girl. Also comics-focused is DC Ultimate Character Guide by Melanie Scott. It’s another comprehensive, A-Z breakdown of heroes like Shazam, Starfire, and Swamp Thing. While Fearless and Fantastic is all comics, DK’s latest Marvel Character Encyclopedia is all-film. It covers every Marvel release between Iron Man and Captain Marvel.

The Art of Spider-Man: Into the Spider-Verse, Alita: Battle Angel, and The Handmaid’s Tale

The growing roster of hardcover “art and making of” books centered on very different works are among this column’s must-reads. First is Spider-Man: Into the Spider-Verse — The Art of the Movie by Ramin Zahed (Titan Books), a stunning dive into one of 2018’s finest features. The concept art on display here is, in its own way, as memorable and accomplished as anything in the final product. (Wait until you see the development of Kingpin into the colossus on-screen.) Next is Alita: Battle Angel — The Art and Making of the Movie by Abbie Bernstein (Titan Books). The James Cameron production’s storied history is well-documented here, as are the evolving designs of the film’s protagonist. And The Art and Making of The Handmaid’s Tale by Andrea Robinson (Insight Editions) includes fine interviews with author Margaret Atwood and star Elisabeth Moss. Most involving is the deep dive into the Hulu series’ bold costume and production design.

Lego Movie 2: The Awesomest, Most Amazing, Most Epic Movie Guide in the Universe by Helen Murray (DK)

Part of what makes covering books about cinema so enjoyable is paging through entries written specifically for a younger audience—in my case, my 8-year-old son. Case in point is DK’s kid-friendly, humorously written Lego Movie 2: The Awesomest, Most Amazing, Most Epic Movie Guide in the Universe. It’s a real treat for children who adored Lego Movie 2. The book also succeeds in shining a light on some of the many characters who pass through and make little onscreen impression — space warrior Sweet Mayhem, a butler called Ice Cream Cone, the vampire Balthazar. It’s easy to find fault with the overstuffed film, but it’s hard not to enjoy this book.

It isn’t quite beach reading season yet, but warmer, sunnier weather to come does make it a good time to enjoy some well-crafted novels. First up is Ronan Boyle and the Bridge to Riddles (Abrams Books), a wonderful young adult novel written by Thomas Lennon—yes, that Thomas Lennon, the scene-stealer from Reno 911! His first novel is an utter delight, an Ireland-set read that incorporates a diminutive hero, an evil Lord, and some angry leprechauns. From Claudia Gray, the author of killer Star Wars novels like Bloodline, Lost Stars, and Leia, Princess of Alderaan comes a new galactic tome, Star Wars: Master & Apprentice (Del Rey). This time, Gray journeys back to the days before The Phantom Menace for a thriller centered on Qui-Gon Jinn and Obi-Wan Kenobi. Along with appearances from some fan favorites, Master offers a gripping story that gives readers the chance to spend more time with the younger Kenobi. And lastly, it is only a matter of time before Hollywood will come calling for Peter Swanson’s Before She Knew Him (William Morrow), an intelligent thriller about a young couple suspicious of their new neighbors. Whoever does end up taking the lead female role–that of a bipolar suburbanite–will have something to sink their teeth into.

Since the recent Criterion Collection release of Elaine May’s rumpled, low-level gangster classic Mikey and Nicky, we have seen the glorious launch of the Criterion Channel. And the John Cassavetes-Peter Falk-starrer is, indeed, one of the channel’s most noteworthy films. Even so, the Blu-ray is absolutely worth the purchase. In addition to the May-approved 4K transfer there is a new making-of feature, interviews with Richard Brody and Carrie Rickey, a 1976 audio interview with Falk, and typically insightful essay from Nathan Rabin that highlights May’s unique career and Mikey and Nicky’s importance. “A woman ventured boldly into cinematic territory long considered the exclusive domain of men,” Rabin writes. “She succeeded spectacularly.”