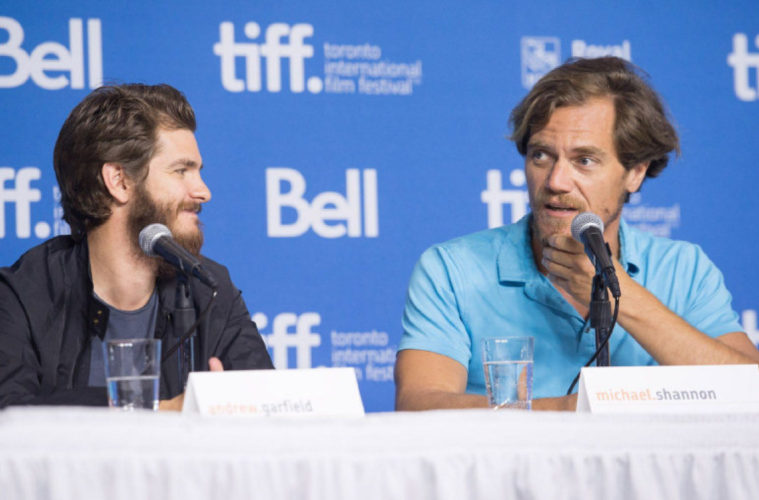 In a TIFF press conference, now available to view below, Bahrani and the principal cast members, including Noah Lomax, who plays Garfield’s son, discussed the inspiration for the film and how it exposes modern day society. Bahrani began by discussing the economic crisis he witnessed while visiting Florida, where he saw a large amount of corruption that ultimately inspired the screenplay. According to Bahrani, 99 Homes is a classic story of making a deal with devil, referring to Nash and Carver.

Bahrani went on to discuss the concept of the 99% and his views of it, as well as how his latest film highlights this aspect of American society and hopefully acts as a mirror to provoke change. In our review of the film, we wrote, “Sustained rhythm, urgent framing, and a perniciously overbearing score ensure this second venture into the darkness of a systemic failure will not be forgotten so quickly. The narrative is tighter, the morals are clear-cut, the focus is unrelenting.” To make matters more realistic, the movers who evict Nash’s family in the film are primarily real workers associated with moving out evicted families.

Check out the full press conference below, as well as two clips:

99 Homes will be shown once more at TIFF on Saturday and is currently seeking a U.S. distributer.