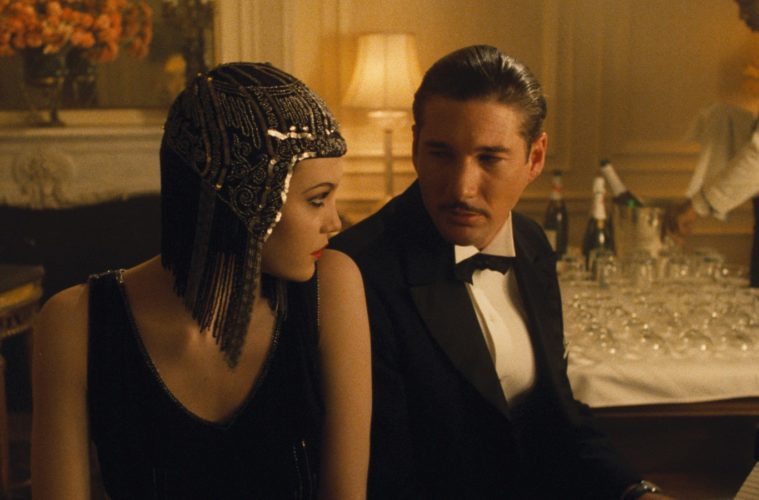 Francis Ford Coppola had already cemented his Hollywood legacy after a string of critical and commercial successes in the 1970s, but discussion of his filmography seems reluctant to consider the vast body of work that proceeded. Whereas films such as The Godfather, Apocalypse Now, and The Conversation heralded his expertise in transforming more conventional narrative structures and filmmaking practices, it is in his later work where one finds more revealing signs of his visionary talent.

The Cotton Club, Coppola’s sprawling tapestry of the Harlem Prohibition-era jazz scene, titled after the legendary club at its center, is simultaneously a prime example of both the filmmaker’s prowess with visual and narrative experimentation later on in his career, and of the tragic circumstances that brought about his fall from mainstream celebration. Perhaps unfairly maligned as a result of both its chaotic production and box office failings (and in spite of its share of critical praise), the original iteration of The Cotton Club finds its vast amount of talent–both on and off the screen–unfortunately overshadowed by evident studio interference, budgeting limitations, and traditional blockbuster expectations. Simply put: its messiness is distracting, even if it does come off an intentional and integral aspect of the work. The Encore, recovered from an old Betamax copy of the film with about twenty additional minutes of footage, restored to modern audiovisual standards, and self-financed for $500,000, improves on the number of flaws present in the original and generally allows the movie to be revisited with the grandeur of which it initially promised.

At face value, it pays homage to the era of early Hollywood and the musical and crime genres that capitalized on the industry transition to talkies, embodying the complex web of mob politics and racial tensions of the era with a lighthearted approach. Boasting caricatured performances, slick masculine values, and above all, the promise of fulfilled dreams and a happy ending, it satisfies the ultimate objective of pleasing the audiences with the opportunity to escape into another experience. This sort of fantasy wanderlust defines much of the film, as mobsters with nefarious goals and comical demeanors manipulate their starry-eyed performers and artists with little thought of repercussions; Richard Gere and Gregory Hines float through their scenes with an aloof innocence as the coronet-playing Dixie Dwyer and the tap-dancing Sandman Williams, respectively–sharing screen-time as parallel protagonists–while James Remar appropriately chews scenery with a Nosferatu-esque rendition of infamous bootlegger Dutch Schultz. The ups and downs that one expects from that style of filmmaking are in turn masked by the usual cheery and fickle presentation that jumps from heavier emotions to joy at whim. This clearly cinematic demeanor, while enjoyable, would surely engender criticisms of being regressive or reductive in this era of invigorated social consciousness.

Thankfully, what the film does best is refocus perception on the truthfulness that is usually ignored. The film, while effective as an homage, also allows for the revision of such genre posturing. Real-world consequences subliminally referencing the era’s sociopolitical tensions and the ceilings that they impose on certain dreams penetrates the simple nostalgia for simpler times; Coppola constantly ruptures expectations with complex reminders of a more disappointing reality. The interstices of the large musical numbers that return us to the fantasy of The Roaring Twenties are also filled with commentary in the form of conversations between the wide troupe of characters that reflect their initially manageable problems: Dixie is trapped under Dutch’s thumb, in love with Dutch’s girlfriend, and slowly watching his brother Vinny (performed by a young Nicolas Cage the way he’s always done so) become corrupted by the gangster’s influence; Sandman has to make sacrifices for opportunities, falls in love with a mixed-race singer and deals with the complexities of their relationship, and is still not afforded any semblance of respect by the white patrons that rely on his art for entertainment every night–for much of its tenure, The Cotton Club was segregated despite featuring primarily black performers, a minor historical grievance in a whole set of racial injustices that the film makes impossible to ignore. Eventually, it becomes clear that those genre clichés can no longer be fulfilled in good conscience, and that every happy scene can counterproductively shelter the audience from the facts of the time. These scenes, with their lavish set designs, musical numbers, and a general willingness for excess, succeed in their spectacular goal and contribute to the film’s intoxicating and bombastic allure, but simultaneously show signs of being overwhelmed by the nature of the façade. The final sequence is a revealing cypher, simultaneously joyous and heartbreaking–a powerful finale rapidly edited with a formal rigor that lends itself to the reevaluation of every minute of runtime prior as well as the nature of mainstream consumption in full.

Coppola weaves subplots, subgenres, side characters, and the rest of the spectrum of film elements together masterfully; in returning to an earlier point, the messiness of the film is its most disorienting and exciting characteristic, urgently harkening to its aforementioned production and substantiating the vital reflexive narrative structure. Other references to the celebrities of the past, whether they be gangsters or artists, give each moment capacity for spontaneous enjoyment and further blur the lines between historical fact and stage fiction. This of course, is the nature of the eponymous nightclub and its exclusive form of hedonism, which can be extended to the machinations of filmmaking as well. It is especially appropriate, then, that filmmaking plays itself in the film. One scene even explicitly pokes fun at the latent behind-the-scenes turmoil that often afflicts the medium itself, as a producer and his yes-man watch Dixie’s screen test and contemplate his star potential: as each bit of praise is offset by an opposing criticism, one cannot help but feel Coppola’s frustration at his financiers’ inability to make up their minds. Still, it feels like credit is due; though the film’s commercial outcome was disappointing, it is incredible to imagine a point in which a Hollywood studio was willing to finance a five-year production of a gangster musical melodrama.

The new cut of the film pragmatically restructures the narrative with additional scenes that act as connective tissues between previously disparately scenes, in the process enhancing the already-fluid narrative structure. Though the act of self-restoration is a costly endeavor that few can undertake, Coppola’s confidence in his past work alongside the labor and funds of reinvigorating it to modern standards could potentially renew a wavering public interest in films of the past and inspire the reevaluation of the rest of his oeuvre as a whole. By bringing a misunderstood, misrepresented film back into the spotlight–if only briefly–The Cotton Club Encore acts as a reminder to the ways which core values within art and its consumption can change and how popular media can sometimes be irresponsible. In hindsight, it also becomes easier to recognize which works truly were ahead of their time.

The Cotton Club Encore screened at the 57th New York Film Festival and opens in select theaters on October 11 before a home video release later this year.