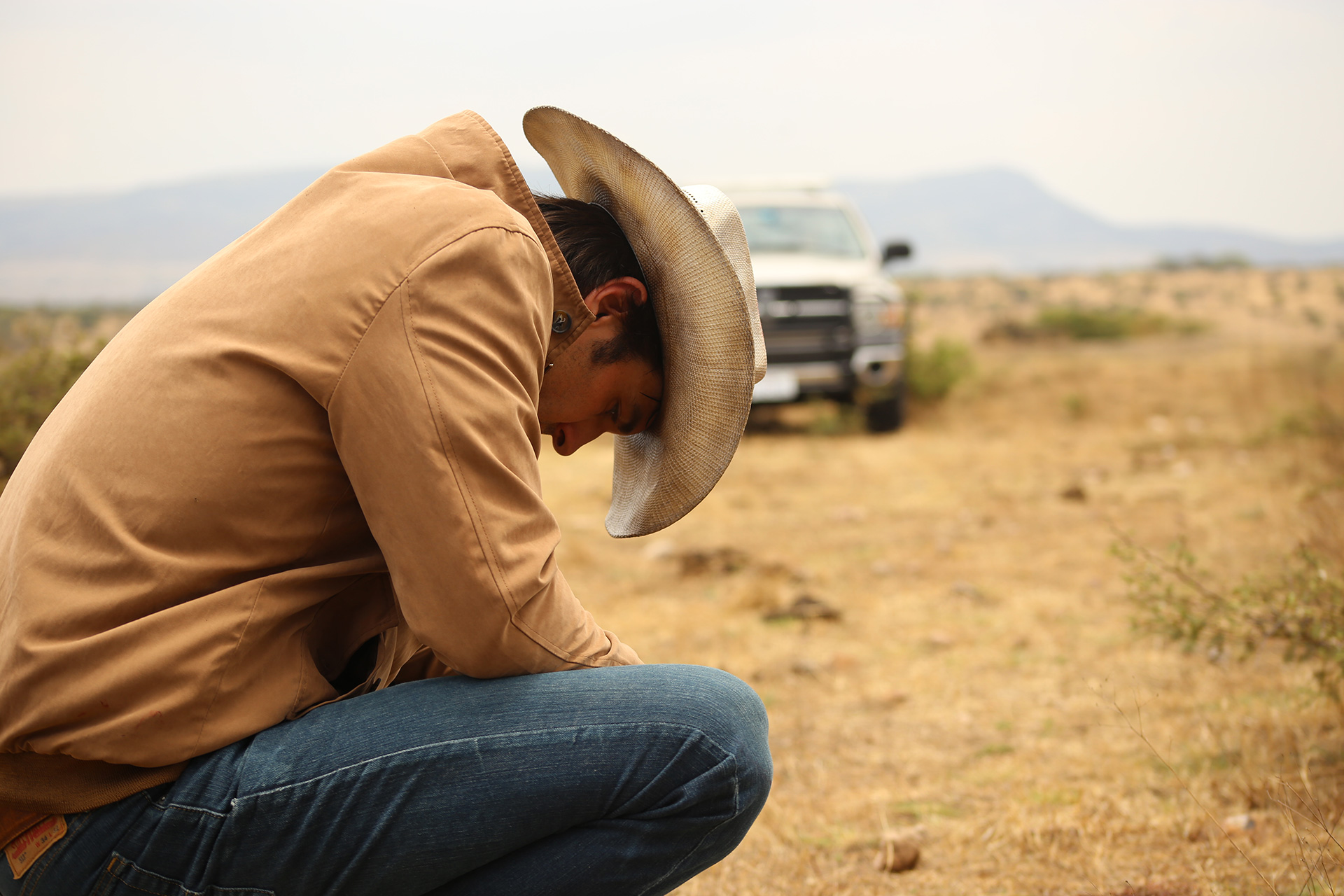 There’s a fundamental problem at the center of Conor Allyn’s No Man’s Land: the tragic event sparking its introspective yet superficially transformative journey isn’t accidental. The fact that every synopsis and description of it uses that word only helps to prove that its story is being told from a privileged and biased perspective. Jackson Greer (Jake Allyn, who also co-wrote with David Barraza) isn’t cleaning his gun when he shoots and kills a Mexican boy trespassing on his father’s property. He didn’t think the gun was unloaded when he pulled the trigger. The sole reason Jackson was even there that night was because he believed he had business to finish. He believed he had to help save his family’s ranch.

Did he intend to kill a child? No. Did he intend to kill anyone? No. But a lack of intent doesn’t make the deed accidental. It makes it a mistake. Full credit to the film for realizing this truth despite its sales pitch. Because if this was an accident, Jackson would probably sleep at night. Maybe his father (Frank Grillo’s Bill) wouldn’t reflexively protect his son by telling Ranger Ramirez (George Lopez) he took the shot instead. That this teenager—mere days away from a tryout with the Yankees—is haunted by the act proves his humanity remains intact so that his guilt can lead him onto a path towards a redemptive reckoning his remorse might even deserve. The details, however, leave much to be desired.

The biggest misstep is wanting to parallel Jackson’s narrative with that of his victim’s father (Jorge A. Jimenez’s Gustavo). I understand the impulse and can appreciate the heartfelt ways in which this God-fearing man risks losing himself to revenge while searching for his own necessary closure, but doing so can’t help minimizing his pain for the sake of Jackson’s regret. Just look at the hoops the Allyns must jump through to put these men on equal footing. They need to write in another group of illegal immigrants the previous evening to make things a matter of property (cutting barb wire to travel their land towards freedom lets ten cows escape). They need Gustavo’s nephew to strike first. And they need Jackson’s brother to get shot too.

Take a step back and accept how the Mexicans this film seeks to humanize must first be made into the villains that way too much of America already thinks they are. In order for us to believe Jackson has the ability to earn forgiveness, his malicious (intentional or not) act must first be colored as being “his right.” And what happens in the process? Not only does it force the creation of an actual “bad Mexican” via corrupt coyote Luis (Andrés Delgado), but it puts the onus on Gustavo to meet his son’s killer well past halfway for the Allyns’ lesson to be learned. The premise demands that a grieving father accept Jackson’s contrition even though Jackson’s country, state of Texas, and indoctrinated prejudice should never be excused.

Like with their lead, however, this isn’t the Allyns’ intent. I don’t think they’re intentionally trying to “both sides” the argument to prove some misguided point. They simply need to do so in order for their plot to provide room for their message. That doesn’t mean it’s not still a damning flaw regardless—especially considering the text of the script itself shows that none of it should have happened in the first place. We meet Jackson as someone who is better than his “gringo” neighbors. He lets a man hiding in their barn go and he questions his brother’s certainty that they need to crack down as a means of survival. And the same goes for Gustavo. He’s better than men like Luis. He’s neither greedy nor violent.

The latter is why Gustavo pleads for Bill to let them pass. He doesn’t attack the ranchers and, as we later discover, Bill isn’t wholly averse to his predicament. The Greers’ response is thus a blatant over-reaction and Jackson’s involvement a knee-jerk response to fear and naivete. In this regard, the teen’s quest for redemption is sound. He made a mistake and is trying to own up to it—not with the government that raised him to believe what he did was justified, but to the family he destroyed. What about Gustavo then? To read the director’s statement and hear that he’s “going through a transformation of his own” is disappointingly misleading. Because it’s Jackson’s act that transforms him. He had no grudge. He’s finding his way back.

It’s therefore another case where the persecuted party is drawn as the aggressor. Rather than let No Man’s Land solely focus on white Americans’ need to open their eyes to the vitriol they spew and hate they foster, the script asks their victims to shoulder the responsibility of their own oppression. To make them do so while also dealing with an avoidable loss of life (something the Greers don’t have to experience since Jackson’s brother is in critical condition rather than on a morgue slab) only shines the light on America’s privilege even brighter. Allyn could have just had Jackson go to Mexico and experience its beauty and humanity. Catalyzing that trip with bloodshed is part of the problem because it replaces empathy with sympathetic victimhood.

We must acknowledge this distinction and learn to look within without first needing those we dehumanize to die. That means looking past both the fact that the Allyns’ hearts are in the right place and that their film is well made with authentic emotional beats. Because at the end of the day, leaving Jackson’s journey towards betterment with one corpse is one too many if you’re also trying to give Gustavo a resonant arc. Making the former repent after fulfilling his vengeance isn’t equal to making the latter move past his urge to repay it. What it does instead is create a double-standard where “we” can kill but “they” can’t. That’s a doozy of an inherent bias—one that’s solely on the Greers of this world to solve.

No Man’s Land opens in select theaters and VOD/Digital HD on January 22.