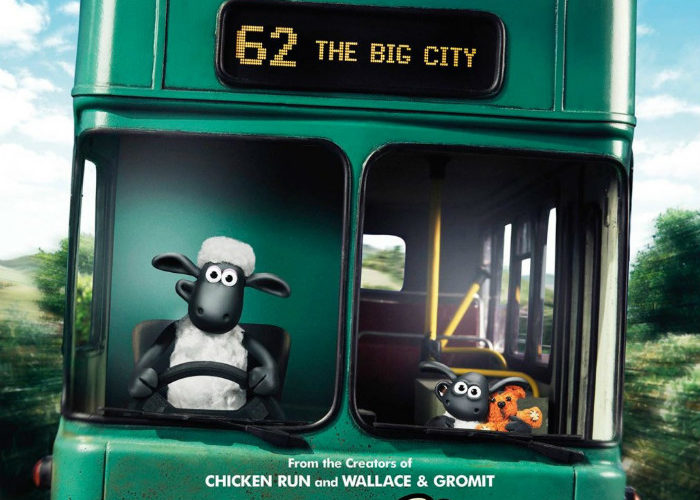 Following up Laika’s The Boxtrolls this past fall Aardman Animations will continue shepherding the field of stop-motion animation with a new feature next year. Continuing from their most famous franchise, today we have the first full-length trailer for Shaun the Sheep. First debuting in Wallace and Gromit‘s A Close Shave back in 1995, he went on to get its own TV show in 2007 and after nearly 100 episodes, he’s getting the feature-film treatment.

Richard Starzak and Mark Burton are directing and writing the film, which follows our star sheep grabbing his flock and moving from the country to the big city to save their farmer, who has gotten himself into trouble. The first trailer reveals the main narrative, and I’ll be curious to see if the reception in the states differs from its native country. Check it out below, along with the poster, for the film that will be hitting U.K. screens on February 6th and hopefully U.S. not far after.

When Shaun decides to take the day off and have some fun, he gets a little more action than he bargained for! Shaun’s mischief inadvertently leads to The Farmer being taken away from the farm, to the Big City…

Join Shaun, Bitzer and The Flock on their hilarious, action-packed, big screen adventure as they make plans to rescue the missing Farmer. A story about how we sometimes forget to appreciate the things we have in life, and the people who love us. Shaun the Sheep The Movie introduces us to two new Aardman characters; Trumper the animal warden who rules the city’s animal shelter with a rod of iron and Slip, an inner city orphan dog who helps Shaun save the day.