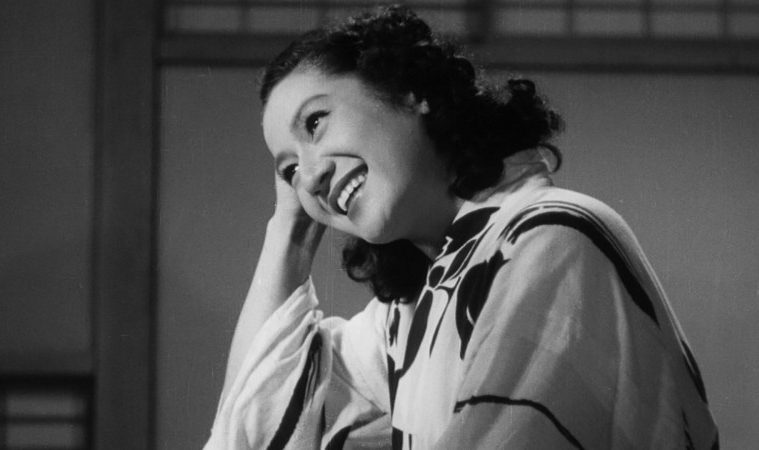 The tell-all “autobiography” Ecstasy and Me: My Life As A Woman was exactly what Hedy Lamarr’s agent wanted to make quick money. But it wasn’t her life. Whether her ghostwriter’s words were true or not, the story dealt with everything she hoped wouldn’t define her legacy. Sadly she never had the chance to set the record straight with a follow-up of her own creation despite ambitions for one. The former Hollywood starlet became a recluse, barely seen in public and hardly in a position to be listened to or believed. And yet there were rumors — clear-cut facts actually — that Lamarr did much more than act, dance, and sell war bonds. The truth had her being the inventor of a patent with an estimated market value of $30 billion. Hedy Lamarr was a trendsetting genius and no one knew. So of course director Alexandra Dean would want to tell her story — the real story. – Jared M. (full review)

Before we came to Hollywood, Alfred Hitchcock learned his craft in Britain with a number of impressive, genre-jumping outings, ranging from silent classics to talkies. Now streaming on FilmStruck is eleven of these early films made across nearly a decade, ranging from some of his first works, The Lodger and Downhill, to The Lady Vanishes and The 39 Steps.

The Films of Yasujirō Ozu

A whopping 34 films from Japanese master Yasujirō Ozu are now streaming on FilmStruck, ranging from color classics (An Autumn Afternoon, Good Morning, Equinox Flower) to seminal sound films (Late Spring, Toyko Story) to early silent films (A Story of Floating Weeds, I Was Born, But…), and much, much more.

Have a Nice Day (Liu Jian)

Liu Jian’s Have a Nice Day won’t be mistaken for anything less than an utterly contemporary piece of Chinese filmmaking but, as the title might tell you, it’s also a film seeped in 1990s American pop culture. Channeling the Coens, Quentin Tarantino, and Cormac McCarthy, Jian’s film has the swagger, dedication to homage, and effortless cool of that decade’s cinema but with plenty of things to say about present-day China. The story revolves around a very McCarthy-esque setup: a bag of money has been stolen for decent reasons by an apparently otherwise decent guy and — as tend to be the case in McCarthy’s novels — a selection of somewhat less-decent people (each with their own motive) end up hunting him down. – Rory O. (full review)

After his zombie thriller Train to Busan earned over $135 million worldwide — and interest in a Hollywood remake — director Yeon Sang-ho is already back with his next feature. Titled Psychokinesis, it’s an action-packed black comedy film following Ryu Seung-ryong who plays a man who discovers superpowers and intends to use them to save his daughter. After getting a release in its native country earlier this year, Netflix picked it up for a worldwide debut.

War for the Planet of the Apes (Matt Reeves)

War for the Planet of the Apes is the most serious film ever made, or at least comes across that way with every decision made by director and co-writer Matt Reeves. While Rupert Wyatt commenced this prequel trilogy with a vigorous dose of campy fun in Rise of the Planet of the Apes, Reeves’ more operatic, unsmiling stylings were in full-force as warring sects of apes went toe-to-toe in Dawn of the Planet of the Apes. Now, in his trilogy capper, it’s a few years since Koba’s demise and the human-ape conflict is at its bleak pinnacle as the survival of an entire species is on the line. – Jordan R. (full review)