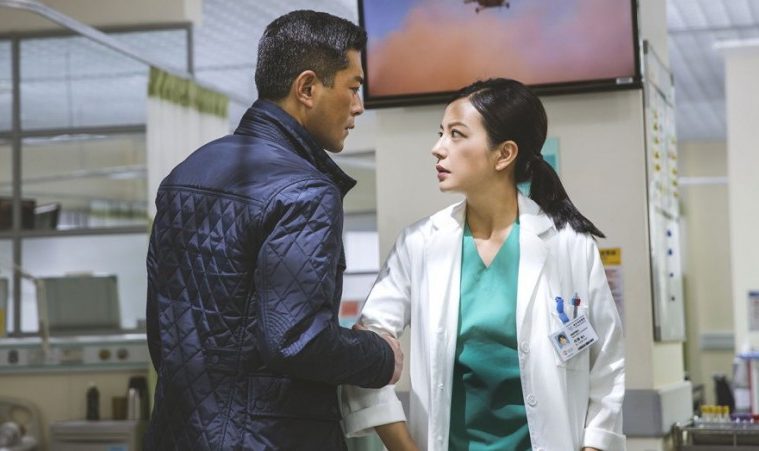 New to Streaming: ‘Three,’ ‘My Winnipeg,’ ‘The Brand New Testament,’ and More

Over three-dozen times has Hollywood tried their hand at the videogame adaptation, and the results, to say the least, have left much to be desired. Perhaps it’s the lack of venerable source material, but translating the entertainment factor of videogames — an experience in which the user often repeatedly fails until some enjoyment is ultimately had — has most adaptations feeling like one is watching characters play in God mode, making most big-screen attempts come across as dull, live-action cut-scenes. Enter Macbeth and Snowtown director Justin Kurzel, who brings perhaps the best visual eye yet for a videogame adaptation (apologies, Paul W.S. Anderson defenders), along with one of the finest ensembles. Despite this talent, Assassin’s Creed bears a jumbled narrative and self-serious approach that ends up feeling far too assaultive on the senses without any genuine pay-off. – Jordan R. (full review)

If you were to take the charm and playful visual language of Jean-Pierre Jenuet’s Amelie and pair it with a blistering satire of religious dogma, the end result would look something like The Brand New Testament, a new film from Belgian director Jaco Van Dormael. His previous feature, Mr. Nobody, starring Jared Leto as the last living human on Earth, also showcased a penchant for high concepts that veer towards the absurd rather than the literal. With his latest entry, Dormael is gunning for the big guy himself, God, portraying Him less as an all-powerful deity and more like an irritable grumpy man hellbent on making life miserable for us petty humans. In bringing life to these religious icons, he weaves a rich tapestry of conflicted characters whose unique problems become fodder for a truly holy upheaval of all that we know to be real. – Raffi A. (full review)

On paper, Brimstone has a lot going for it: it’s an ambitious European production that’s been shot in multiple countries to capture the essence of iconic American landscapes; it’s a western, but it infuses the genre with elements of a much-needed woman-centric story that’s mixed with an immigration angle — both of these having resulted in some of the liveliest entries the genre has seen in recent years. (Meek’s Cutoff and The Salvation spring to mind.) – Tommaso T. (full review)

Fantastic Beasts and Where to Find Them (David Yates)

The cinematic universe must continue. No franchise will go untouched. Stories cannot end. And so we are back in the Harry Potter universe via the prequel / spinoff Fantastic Beasts and Where to Find Them. This is the first installment in a new quintet. (That’s five.) It was originally meant to be a single film. Hollywood multiplies properties with name recognition like the treasures from the vault in Deathly Hallows. I’ve no idea how the next film will keep the Fantastic Beasts name in a way that makes sense, since the serialized elements being set up here have nothing to do with magical animals. – Dan S. (full review)

At times energetic and interesting, but mostly messy and overreaching, Ben Affleck‘s Live by Night starts out as a refreshing departure for the newly-minted Caped Crusader, before becoming something else, and then too many different things at once. – Dan M. (full review)

It’s some time after midnight, and you’re riding the bus. The rehearsed movements from here to bed are already running through your head: ten or eleven more blocks, fifty steps to the building door, up two flights of stairs, three doors in total. Effectively, you’re already asleep. So your mind wanders into a waking dream space encased in this bus. The lights, buildings, and trees around you reflecting from one window to the other intermingle with your recollections, from what you did two hours ago before you got on the bus to what you did six years ago on that bench you’re about to pass. Maybe you can see the city skyline, or, on occasion, a passing car or a silhouetted person. Perhaps, for a second, you dream about what’s way out there, off the bus route and past the skyline. The narrative of Guy Maddin’s My Winnipeg comprises this split second. – Nate F. (full review)

Jim Preston is a creep. There’s no getting around the fact that his actions are detrimental to one’s perception of the character and the film as a whole. The ultimate success — or failure — of Passengers will hinge on how offended one is by the premise, and whether the story ultimately makes up for it. What is on screen is absolutely gorgeous, albeit hollow because the production design is so far ahead of the two leads — Chris Pratt as Jim Preston and Jennifer Lawrence as Aurora Lane — and their chemistry. – Bill G. (full review)

A sterile hospital building may not be the first choice to capture cinematic beauty, but Three proves that a film in the hands of Johnnie To means expectations will be upended. If cinematography is as much about camera placement and movement as visual quality, Three is a masterclass in the former. The best (perhaps only worthwhile) action movie of last year, this is the rare genre entry in which the intense build-up may impress more than the guns-blazing climax — itself a euphoric, sublimely executed bout of showmanship. – Jordan R.

The Soft Skin + Diabolique
The Films of Yasujiro Ozu

Hands of Stone
The Waterboy