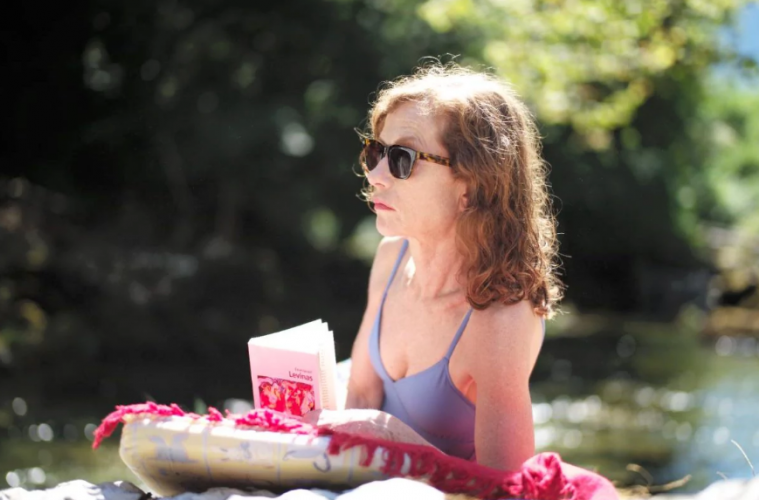 New to Streaming: ‘Things to Come,’ Jacques Rivette, ‘I Am Not Your Negro,’ ‘Blow Out,’ and More

In a career fixated on the machinations of filmmaking presented through both a carnal and political eye, Brian De Palma’s fascinations converged idyllically with Blow Out. In his ode to the conceit of Blow Up — Michelangelo Antonioni’s deeply influential English-language debut, released 15 years prior — as well as the aural intrigue of Francis Ford Coppola’s The Conversation, De Palma constructs a conspiracy thriller as euphorically entertaining as it is devastatingly bleak. – Jordan R. (full review)

In many ways, writer-director Tim Sutton‘s third feature, Dark Night, exists in the same world as his first two films, Pavilion and Memphis. As we follow a collection of young men and women drifting through a long day in the American suburbs, many of the themes from his earlier work shine through — boredom as punctuated by anger, lust, and artistic ambition, to name a few. Where the day will end we already know, thanks to the film’s blunt title, a not-so-subtle reference to the 2012 shooting at a showing of The Dark Knight Rises in Aurora, Colorado. – Dan M. (full review)

For his first feature Sleepwalk with Me, comedian-turned-director Mike Birbiglia adapted his semi-autobiographical one-man show, picking apart his anxieties and fears when it comes to the most personal aspects of his life. His follow-up, Don’t Think Twice, presents a perhaps even more insular world, that of the New York improv comedy scene and more specifically, the shifting dynamics of a single group. – Jordan R. (full review)

Where to Streaming: Netflix

Two playful journeys into women’s lives — one a mystery forged in darkness, one an adventure-turned-ritualistic-requiem. Jacques Rivette’s Duelle and Noroît originally set up a four-part circle of films that were never finished. But these never-released-in-America masterpieces comprise his most wondrous ode to classical Hollywood, each based on a forgotten text. In Rivette’s own obsessive mise-en-scéne, their fantasies are grounded through realism, constructed worlds where the camera simply documents performance. – Peter L. (full review)

Inspired by James Baldwin’s unfinished manuscript Remember This House, Raoul Peck creates a sweeping commentary on race through the lens of Civil Rights leaders Medgar Evers, Malcolm X, and Martin Luther King Jr. Narrated by Samuel L. Jackson and featuring an archive of interviews with Baldwin, Peck’s cinematic essay juxtaposes the author’s observations and travels with contemporary materials that offer a warning from the past as unresolved racial tensions bubble up, even in a supposed post-racial Obama era. I Am Not Your Negro provides a broad overview of 20th-century race relations, and is an essential companion to bookend two films featured elsewhere on this list: 13th and O.J.: Made in America. – John F.

The Polish cannibal horror mermaid musical you’ve been waiting for is now in theaters. Following a Sundance premiere last year, Agnieszka Smoczynska‘s The Lure was picked up by Janus Films (which indicates a likely Criterion release). We said in our review, “Still, there is far too much here not to recommend. This is nothing if not brazen and intriguing filmmaking, and should be sought out and discussed, despite its shortcomings.”

Manchester by the Sea (Kenneth Lonergan)

When we meet Lee Chandler (Casey Affleck), he’s already shattered. Hidden from life, Lee works as a handyman for an apartment building, shoveling snow and replacing lightbulbs. He can barely make eye contact, even when informed that his older brother has died, rendering him the sole guardian of his 16-year-old nephew, Patrick. As he returns to his hometown of Manchester, Massachusetts, so too do the searing feelings of regret – memories once blocked now reemerging with shocking clarity. Kenneth Lonergan’s third feature, Manchester by the Sea, is a howling study of loss and grief, of how life pushes forward even when we cannot. Young Patrick has an existence outside the feelings for his father, thus forcing Lee, like a sleepwalker rudely awakened by fate, into the world and exposing his own buried anguish. Lonergan finds remarkable contrarieties in the material as he nudges these seemingly unfixable lives toward a dawning sense of hope. There’s little catharsis to be found, for Manchester by the Sea regards its subject with an unflinching gaze, but Lonergan executes this heartbreaking exploration of grief’s universalities with a tenderly redemptive embrace. – Tony H.

Motion, love for the Gaia, and lush orchestral music provide the backbone of Michaël Dudok de Wit’s The Red Turtle, a dialogue-free, feature-length animation about a man stranded on a desert island, co-produced by the legendary Studio Ghibli, their first-ever such production to be made off Japanese soil. The story goes that producer Vincent Maraval from Wild Bunch showed De Wit’s Oscar-winning short animation Father and Daughter to Hayao Miyazaki in 2007. The legendary animator much admired the film, calling it “very Japanese,” and asked Maraval to locate De Wit. They sent the Dutchman an email, and so The Red Turtle came into being. – Rory O. (full review)

I think writer/director Asghar Farhadi is getting better with time. His Oscar-winning A Separation may have put him on the map (his previous two films only found stateside release afterwards), but I’d argue he bested it with his follow-up The Past in 2013 and yet again this year with The Salesman. A searing relationship drama depicting the rapidly forming cracks tragedy reveals without sympathy, Farhadi exposes our propensity to let vengeance overshadow compassion. Set in the patriarchal system of Iran and Islam, a crime committed against his wife consumes an otherwise good-natured man. An objectively simple situation of victim and perpetrator becomes insanely more complex as ideas about the form and supplier of justice test our capacity for empathy. – Jared M.

Mia Hansen-Løve followed up a chronicle of her brother’s experiences in the French electronic music scene with a film even closer to home. Things to Come showed the young director examining the memory of her parents’ divorce and, perhaps, the choices her mother was faced with thereafter. Isabelle Huppert enthralls as the philosophy teacher who, after losing a mother and a husband, must reassess what direction her life is going in. Løve’s film not only understood the tragedy of life; it appeared to embrace it with thrilling defiance. Huppert’s performance might have been the greatest 2016 had to offer were it not for another from the same ageless wonder that appeared around the same time. – Rory O.

The Sea Horse + L’Atalante
Zatoichi: The Blind Swordsman
The Element of Crime + Europa
The Films of Claude Autant-Lara
Bitter Victory