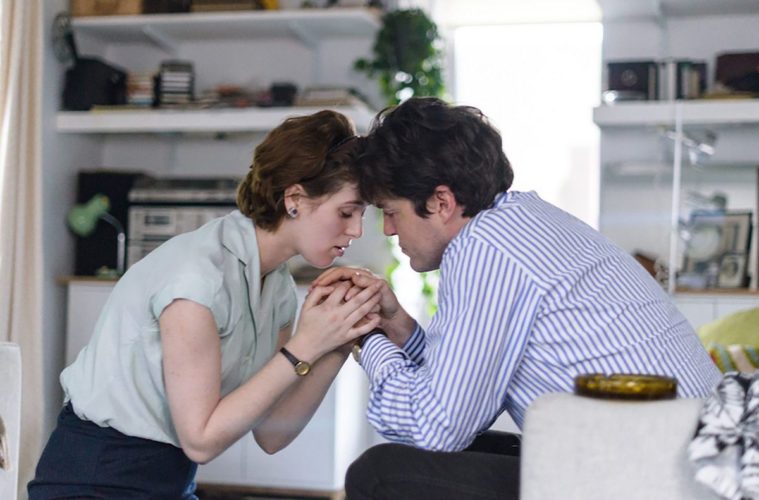 New to Streaming: ‘The Souvenir,’ ‘Non-Fiction,’ ‘Share,’ and More

With a seemingly endless amount of streaming options–not only the titles at our disposal, but services themselves–each week we highlight the noteworthy titles that have recently hit platforms. Check out this week’s selections below and an archive of past round-ups here.

One of the best coming-of-age films of the decade, what begins as a fairly standard, but intimately captured story of young passion quickly blossoms to one of the most mature takes on such an event thanks to Mia Hansen-Løve’s remarkably natural style and a script that’s conscious of time and its effects on love. Praise must also go to Lola Creton and Sebastian Urzendowsky for seemingly organic chemistry from such material. – Jordan R.

The Man From London (Béla Tarr and Ágnes Hranitzky)

Upon the release of The Man from London, one might have been hard-pressed to consider Béla Tarr and his co-director Ágnes Hranitzky genre filmmakers beyond the broad designation of “European art house cinema.” While still fitting snugly under that banner (particularly as the first of Tarr/Hranitsky’s films to premiere at the art house mecca that is Cannes), The Man from London marked a more explicit engagement with the codes of film noir — perhaps an obvious turn for filmmakers known for their for their profound darkness of spirit and imagery. – Jesse C. (full review)

Herzog takes great pleasure in highlighting the absurdity of it all, in case it weren’t self-evident, but once Gorbachev ascends to the highest seat of power the tone starts to pivot. The bleak absurdism of the system which gave Gorbachev his authority–that is, one of the most repressive and bloodsoaked imperial powers of the 20th century–gradually gives way, more and more uncritically, to a narrative of Gorbachev’s own impassioned idealism. Whereas the film seemed poised to cast Gorbachev as an oblivious quixotic figure amidst a gruesome political reality, the more Herzog hears his inspiring, sagely imparted rhetoric of nuclear disarmament and transnational unity and world peace, the less the film seems able to detach itself from Gorbachev’s perspective on Gorbachev. – Eli F. (full review)

Who needs a middle man’s subjectivity when you have algorithms predicting what people will like? Critics don’t matter much in Olivier Assayas’ talkative Non-Fiction, but they are not the only supposedly anachronistic relic to be thrown out of the window in this gentle and profoundly compassionate human comedy that draws from the ever-widening rift between old and new trends in the publishing industry to conjure up a tale of societal changes and those caught in between them. – Leonardo G. (full review)

Season of the Devil (Lav Diaz)

Distribution for Lav Diaz’s often lengthy films is hard to come by the United States, so we have to hand it to MUBI for giving us the chance to see the follow-up to his Golden Lion-winning drama The Woman Who Left, his “anti-musical musical rock opera” Season of the Devil. Featuring 33 songs composed by the Filipino director himself, the story, which takes place during former president Ferdinand Marcos’s military dictatorship, follows “a man whose wife has been abducted in their remote village.”

The aftermath of a sexual assault—the cell phone footage of which goes viral—is the subject of Share, writer-director Pippa Bianco’s debut feature film that deftly mines morose, intelligent drama from its entirely real scenario. Waking up on her front lawn, high school student Mandy (Rhianne Barreto) isn’t sure what went down after last night’s party, but she’s about to (partially) find out: texts alerting her to footage of what happened soon come flooding in from concerned friends, and it’s bad enough for her parents to take her out of school and launch a police investigation into what is considered video evidence of disgusting criminality. – Jake H. (full review)

An adult thriller in a time where such resources are scarce at the multiplex, it might be easy to dismiss Widows as a gritty, trashy heist caper. It’s got the exterior of a genre flick better digested on Netflix, but Steve McQueen and the women of Widows decidedly have more on their minds. While it serves as a wonderful popcorn piece, it confronts more than just female empowerment. McQueen weaves in treatises on race, gentrification, class warfare and police brutality, never tacking them on. They become the texture of the film without overshadowing the fun genre trappings, allowing Viola Davis to grace Hollywood with more of her all-time best crying. For those craving some smart, substantial snack food, Widows is a gift to be savored. – Conor O.