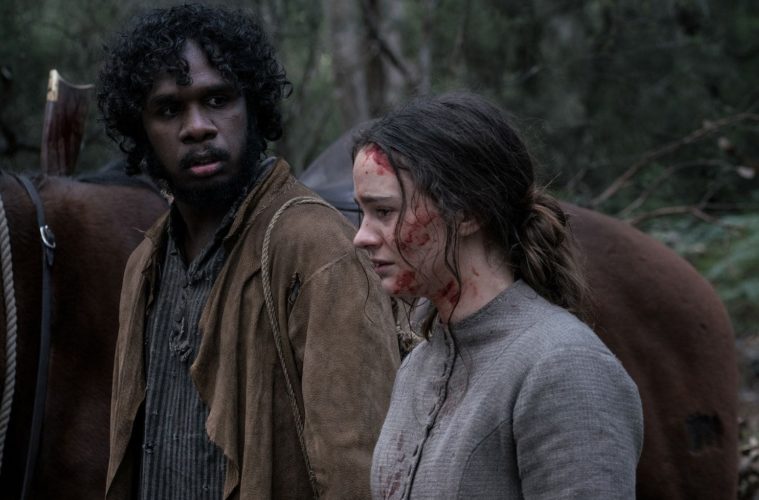 New to Streaming: ‘The Nightingale,’ ‘Dolemite Is My Name,’ ‘Honeyland,’ and More

In the summer of 2000, the Russian submarine named Kursk took on a naval exercise in the Barents Sea, the first of its kind since the fall of the Soviet Union a decade earlier. The Command (released under the title Kursk elsewhere), written by Robert Rodat and directed by Thomas Vinterberg, tells of the sub’s crew, the crew’s families and the government that failed them. Without fully spoiling this real-life event, things do not go well from those onboard the vessel. – Dan M. (full review)

Dolemite Is My Name (Craig Brewer)

The opening scene of Dolemite Is My Name shows promise: future Blaxploitation legend Rudy Ray Moore (Eddie Murphy) is trying to shuck an old record he recorded to a radio DJ (Snoop Dogg); Murphy’s iconic fast-talking quality is on display, but with a strong edge of desperation. You’re reminded of the star’s talent, and how it would be great for it to mature with him. So there comes some expectation for this film to resurrect the once-great performer. If to compare the once “the funniest man alive” Murphy who could breeze through a Carson interview in the 80s to the awkward, uncomfortable one struggling through a Letterman appearance to promote Tower Heist in 2011, one can easily see a kind of shared middle-aged malaise between him and Moore as we meet him in the film. – Ethan V. (full review)

TIFF’s Colin Geddes was correct when introducing Ben Wheatley’s bottle episode of a film Free Fire with the words: “This will wake you up.” The gunfire alone risks perforating your eardrums as John Denver blares from a 1978-era van’s eight-track, but I think it’s the surprising wealth of comedy that ultimately gets the blood pumping and synapses triggering. Wheatley and wife/writer Amy Jump’s latest isn’t for everyone — fair warning to Hardcore Henry detractors, Sharlto Copley refuses to quit his shtick — but those willing to break free from a desire for plot complexity will undoubtedly be entertained. This is low-brow Reservoir Dogs, extreme genre action meant to energize you with an insane cast of characters hell-bent on killing each other on principle. Although that briefcase of money is appealing too. – Jared M. (full review)

Almost three years ago, M. Night Shyamalan—famous and infamous for his twist endings—pulled the greatest cinematic reveal yet in his career. At the end of Split, the story of three girls kidnapped by a man with Dissociative Identity Disorder, it is unveiled that not only is that man capable of supernatural feats, but that the whole movie had been a sort of stealth sequel to Unbreakable, his 2000 film starring Bruce Willis as a man realizing he may be a superhero. Now, with his narrative cards laid firmly on the table, Shyamalan returns with Glass, the presumptive finale to his comic book movie trilogy, a film that seems designed to disappoint, delight, and confuse in equal measures. – Brian R. (full review)

Mumblecore and the period drama have (somehow) come together, and the result is far better than people who are generally allergic to the subgenre may expect. On a miniscule budget, writer-director Zachary Treitz and his crew have laid out a fully realized recreation of the South during the American Civil War — and it’s more than convincing recreations of an era’s aesthetic. Where many historical films are concerned with the movers and shakers of well-known events, Men Go to Battle is all about the micro view. It tells a story that happens to be set against a volatile backdrop, but is more about what it was like to live day-to-day in such a time. – Dan S. (full review)

Jennifer Kent’s The Nightingale features some of the most atrocious on-screen violence in recent memory. It is a cauldron of blood, murders, and rapes so unflinching in vividness and brutality as to make it impossible to go through its 136 minutes without ever turning away from the screen, let alone to come out of it untouched. But it is also, in a way that’s indissolubly bound to role that violence plays in Kent’s work, and to the depiction she offers of it, one of the most memorable works in its genre – a parable that never turns violence into a spectacle, but is resolutely committed to expose the poisonous double prism of racism and sexism it feeds upon. – Leonardo G. (full review)