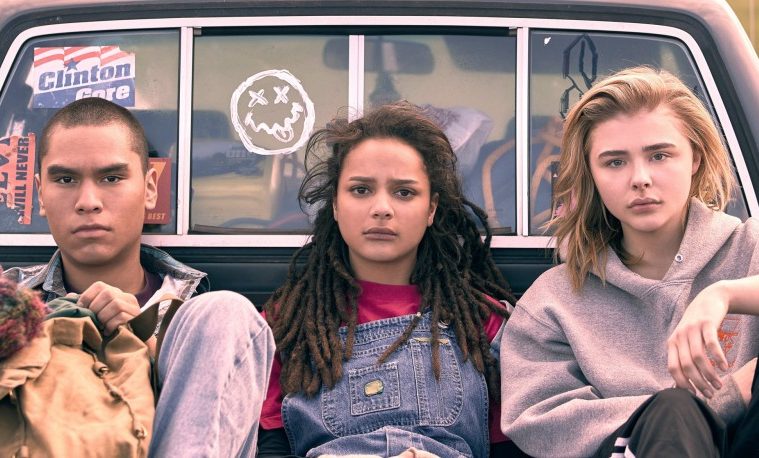 Blindspotting is a mess that is likely to lessen in your mind as soon as it’s over, even if you may be utterly absorbed in it in the moment (which I often was). A lot of it is provocation which belies a lack of a real message, or story turns that feel unearned even in the heightened context the movie establishes. But there is undeniable craft here, and an impossible-to-ignore signal that everyone involved in the project deserves attention going forward. What does work is strong, sometimes powerful. – Dan S. (full review)

The story is older than Shakespeare: two star-crossed lovers attempt to make things work despite a family’s best (worst) efforts. The difference here, as Hollywood would have you believe, is that this is radical when placed in a new context. Like Love, Simon earlier this year, Crazy Rich Asians’ place in the contemporary culture is predicated entirely on its status as the first film from a major Hollywood studio in twenty-five years to have Asian-Americans as the leads. Such a statistic says much, much more about the state of American commercial cinema than it necessarily does about the film, but any assessment must take this into account. – Ryan S. (full review)

Though writer-director-editor Trey Edward Shults hardly turns the dark family drama genre on its head, Krisha compensates with exceptional acting and an infectious atmosphere of dread. If the bare bones of cliché are there simply so that artists can pack on their own meat, then Krisha Fairchild surely makes the most of the provided opportunity. Though I increasingly grow perturbed over “raw” performance in modern film that is maybe / sort of just misery porn, her three-legged-dog embodiment of Krisha’s mounting desperation is undeniably riveting. She attempts to tamp down her neuroses the same way she keeps her medications in a lockbox, but her every attempt to reach out to estranged siblings and in-laws and such is hobbled by the fear (or maybe resigned knowledge) that she will be rebuffed. – Dan S. (full review)

On her prom night, Cameron Post (Chloë Grace Moretz) gets caught making out with her high school girlfriend in the parking lot, resulting in her parents sending her off to God’s Promise, a gay conversion therapy camp. Featuring weeks of religious gaslighting in which those in charge not only you tell you the desires of your heart are immoral, but homosexuality itself doesn’t even exist, The Miseducation of Cameron Post provides a tender, well-rounded, if not entirely successful look at the emotionally abusive experience. – Jordan R. (full review)

Many know the tale of William Wallace, the Scottish knight who was a prominent leader in the First War of Scottish Independence, as portrayed by Mel Gibson in a wee film called Braveheart. Now, picture Wallace’s severed head hung from a monument in the town square. This is the atmosphere of Outlaw King, an epic set against the backdrop of a crippled Scotland itching for justice. Positioned as a long-gestating passion project for Scotsman helmer David Mackenzie (Starred Up, Hell or High Water), Outlaw King is a sincere war picture with ferocious violence and an inconsistent but righteously beating heart. – Mike M. (full review)