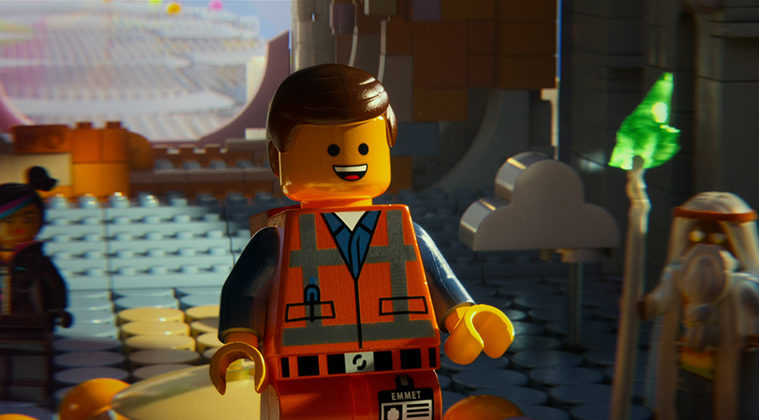 New to Streaming: ‘The LEGO Movie,’ ‘Birth of the Living Dead,’ ‘Lone Survivor,’ and More

In supposing that there’s entertainment to be found watching torture onscreen, a horror/thriller subgenre was created that emphasized it to “pornographic” heights and thus separated itself from the well-worn slasher title through how excessively the body would withstand the most gruesome of gore. Yet for every occasionally risky or at least admirably grotesque example of these films, there are just as many risible cases in which their excess is under the guise of being meaningful; as a post-9/11 cinema has produced dozens upon dozens of glib, opportunistic reactions to a confused world with filmmakers half-heartedly equating their faux-gritty grand guignol to media-spread images of Abu Ghraib and Guantanamo Bay. – Ethan V. (full review) Night of the Living Dead might never have happened if it wasn’t for children’s television pioneer, Fred Rogers. In the 1960s, college drop-out George Romero got his start in film when he was hired to produce educational shorts for Mr. Rogers Neighborhood. The gig resulted in the formation of a movie production company, then to commercials, then, finally, to his seminal zombie work. The connection is one of many pieces of trivia presented in Birth of the Living Dead, a thorough documentary that takes viewers from the film’s origins to its present influence. – Amanda W. (full review)

Strong performances help In Secret overcome what might have been a “prestige” retelling of Tyler Perry’s Confessions of a Marriage Counselor. Far from subtle, the film evolves from misfortunate character drama into an edge-of-your-seat thriller that ultimately works, despite some reservations. If anything, the period drama confirms the star power of Elizabeth Olsen and Oscar Isaac, who are both are excellent as an unlikely pair of lovers, each with ambiguous intensions.

I am a child of the 80′s. Ask me about Lego Star Wars or Lego Harry Potter and my response will be a quizzical look devoid of comprehension. With my set of LEGOs, I was a builder with a giant card table set up in my basement full of city locales and blank street platforms to create a world not unlike the one Phil Lord and Christopher Miller have in The LEGO Movie—albeit at one one-thousandth the scale. Space world? Western world? They weren’t in my vocabulary. If it wasn’t conducive to an authentic reproduction of the real world (I’m talking SimCity before SimCity), I wanted nothing to do with it. I now realize that I was a nine-year old Lord Business (Will Ferrell) more prone to unleash the dreaded Kragle than divert from what the printed instructions declared. – Jared M. (full review) The closer Kenneth Branagh’s Jack Ryan: Shadow Recruit gets to its routine “chase the bomb” conclusion, the less interesting it becomes. The good news here, of course, is that it ends up being interesting at all, and not just one more cold, limp exercise in rebooting a franchise. In the pantheon of espionage films, it’s somewhere in the middle—better than many of the lackluster Bond and Bourne movies and nosing ahead of 2002’s The Sum of All Fears. Anyone bracing themselves for a January bomb can sigh in relief; Tom Clancy’s Ryan is alive and well here, despite being a bit younger and more inexperienced than previous iterations. – Nathan B. (full review)

Ulrich Seidl’s films have attracted controversy for their explicit sex before, but maybe it’s the titles of his new Paradise trilogy, subtitled Love, Faith, and Hope, that make them so shocking. For the most part, they operate in ways completely contradictory to their titles, making a mockery out of both the idea of “paradise” and the sub-titular virtue. Of course, only Love is sexually explicit from start to finish, but the other two films are shocking in their own way. Faith is a twisted portrait of an overzealous fundamentalist complete with self-flagellating, and although it has one lingering orgy scene, the actions of the protagonist, Anna Maria (Maria Hofstätter), are the most disturbing thing about the film. Hope, on the other hand, delivers on its title without ironic intent. It’s a tender portrait of a young girl at diet camp making new friends and experiencing first love (love that is inappropriate, but also gets by without any actual harm). – Forrest C. (full review)

How practical, really, is a RoboCop? A rigorous machine guided by the impulses of a human brain, packed into an ass-kicking, cyborg form and loaded with weaponry and intel that make it nigh-unstoppable if it goes haywire. That’s never seemed like a sure sell, not in the original Paul Verhoeven film—where the absurdity was part of the satire—and certainly not in any of the pathetic sequels. Along comes José Padilha’s mostly irrelevant remake, offering a novel reason for its existence; it’s relentless in its effort to make us believe in a world where something like RoboCop could actually exist, and maybe even make a difference. – Nathan B. (full review) There’s a moment early in J.J. Abrams’ Star Trek Into Darkness that irrevocably moves this series away from the gentler humanist roots of its creator Gene Roddenberry and towards the temptress gleam of big-budget spectacle. New villain John Harrsion, played with stentorian authority and sinister intelligence by Benedict Cumberbatch, launches a devastating assault on the Federation and the response is one of weaponizing Starfleet and militarizing an institution dedicated to exploration and understanding. – Nathan B. (full review)

Cloudy with a Chance of Meatballs 2

The Angriest Man in Brooklyn