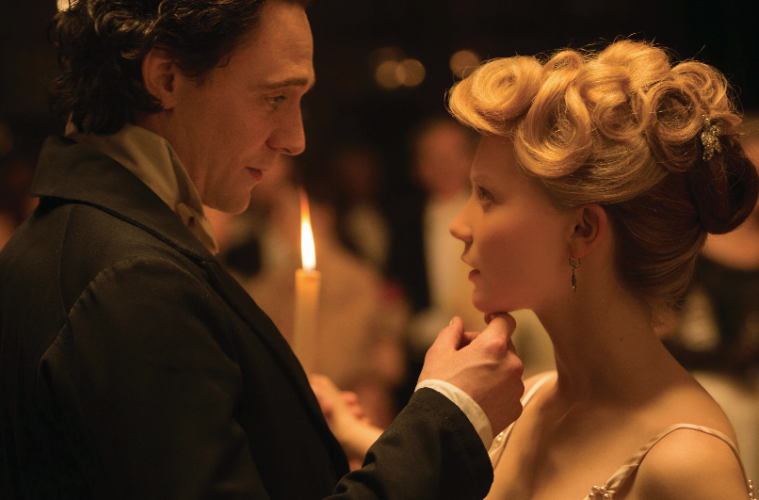 New to Streaming: ‘The Assassin,’ ‘Crimson Peak,’ ‘Hearts Of Darkness,’ and More

If the meditative stylings of Russian auteur Andrei Tarkovsky were applied to the martial arts genre, the end result would likely resemble Hou Hsiao-hsien’s rapturous tone poem The Assassin. As much concerned with the essence of nature as it is the essence of humanity, this endlessly beautiful film is equal parts enigmatic storytelling as it is purely enthralling cinema. Though some will find the plot obtuse and hard-to-follow, the elegance in the composition of each frame, combined with subtle use of natural sound, creates an absorbing atmosphere that will transport you to 8th-century China. Featuring a subdued yet spellbinding performance from actress Shu Qi as the titular killer, The Assassin delivers a detour from traditional tropes of the wuxia genre and instead creates a breathtaking experience full of wonder and awe. – Raffi A.

Crimson Peak works as many things: a melodramatic romance; both the recreation of a period and a revival of the way movies have made us perceive it; a genre-jumping comedy; and a critique of capitalistic excess. It does these things earnestly and without compromise, and it’s far braver — far more admirable — for having done so. What Guillermo del Toro’s new film doesn’t work as: a haunted-house picture. Although the director will personally tell you it’s not meant to fit this mold, the genre’s shape and intended impacts are certainly identifiable enough to spring to mind. The extent to which it fails here is rather clear, and the entire endeavor is sadly hobbled as a result. – Nick N. (full review)

Hearts of Darkness: A Filmmaker’s Apocalypse The greatest film about film? It’d be a strong possibility even if the picture around which it centers, Apocalypse Now, weren’t a masterpiece, what with all the mordant amusement that comes with a first-row seat to this horrifying set of circumstances: a director unsure of how to finish his story while everyone waits on him; a lead actor who suffers a heart attack; a supporting actor who fell into terrible physical shape and didn’t learn his material; equipment that was taken away in the middle of a shot so it could be used to kill people; the same director threatening to kill himself. It’s essentially a template for any and all subsequent stories of on-set catastrophes — but for as often as those might seem to happen, you’ve still never seen anything quite like Hearts of Darkness. – Nick N.

There’s a real issue with the media and how they have monetized news content over the past couple decades. Robert Redford has a great monologue as Dan Rather in James Vanderbilt‘s Truth speaking on the subject of “being there” when the switch was flipped. The film’s unsurprisingly very much interested in exposing this fact—despite our already being keenly aware of it and a majority of Americans preferring the sensationalism bred in the aftermath to actual investigative journalism—in the background of an exposé detailing Rather and more prominently Mary Mapes’ (Cate Blanchett) 60 Minutes story about George W. Bush being AWOL from the National Guard for a year. – Jared M. (full review) Playing like an explosion at the Cannon Films factory, Turbo Kid is part Mad Max, part Nintendo movie classic, and part The Wizard with a sinister midnight madness sense of humor. While occasionally running out of steam, Turbo Kid has moments that are truly horrifying — it doesn’t sacrifice on the blood and gore, nor does it take itself too seriously. It’s a B-movie that knows it’s a B-movie, if little else. – Jonh F. (full review)

At first blush, the desktop-set horror film Unfriended sounded like a cheap cash-grab, an easy way to capitalize on this generation’s social media habits, but the Blumhouse production found emotional resonance in a surprising way: authenticity. Other than a brief, garbled riff on the Universal logo, Unfriended ignores any pretenses of being a film at all, instead framing all of its action through Skype calls and onscreen browsing. Admittedly, brand recognition with social media, Spotify, and other real-life applications does help in immersion, but there’s an eerie meta quality to the fact that pausing the film at any moment resembles the desktop and processes of a Mac. Eventually, Unfriended does surrender to a more traditional slasher narrative, but, for a long time, Leo Gabriadze’s film ratchets up paranoia in the most mundane way possible: an unexplainable computer. It’s the rare horror film that knows that, sometimes, that phantom window that won’t close at 2 a.m. can be much scarier than a killer hiding behind a door. – Michael S.

Where to Stream: HBO GO

Something is off within the opening minutes of our Yakuza tale as heavy doses of computer-generated bloodshed elevate the proceedings to, in perhaps an understatement of all things, the ridiculous. Furthermore, our hero is Kageyama, a young gang member who doesn’t quite fit into the Yakuza lifestyle, his skin of course too sensitive for the trademark tattoo. But everything comes together once he finds his true calling: bitten by the decapitated (!) head of his fallen Yakuza boss, Kamiura, and thus turned into a near-invincible vampire, thus sent on a path of revenge on rival gangs that finally justifies the violence he’s always been wanting to enact. – Ethan V. (full review)