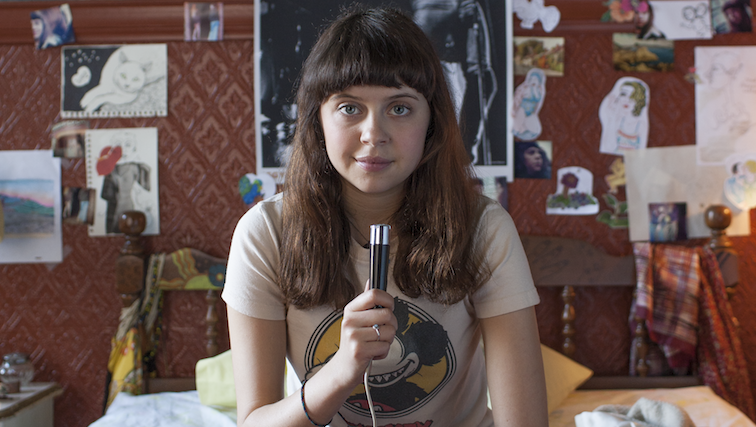 New to Streaming: ‘Taxi,’ ‘The Diary of a Teenage Girl,’ ‘Spectre,’ ‘The Godfather Epic,’ and More

The Diary of a Teenage Girl (Marie Heller)

Writer-director Marie Heller paints an accurate, honest, and vibrant portrait of her young protagonist, Minnie (Bel Powley), in The Diary of a Teenage Girl. With the use of some beautiful hand-drawn animation, an enlightening and funny narration, and Powley’s versatile performance, this is about as intimate as a subjective picture gets. We experience the world as this young girl does. What’s exciting for Minnie feels truly exciting, and the same goes for any moments of pain and confusion. The Diary of a Teenage Girl is as funny and touching as it is an unflinching directorial debut. – Jack G.

While watching the films as originally intended is initially essential, Francis Ford Coppola has made available different ways to experience his iconic The Godfather films. Back in November of 1977, NBC aired The Godfather Saga, a version which puts the story of the first two films (all that was available at the time) in chronological order with additional deleted scenes, but was partially censored as it was airing on television. With a few other editions over the years, nearly four decades later, we finally have the best version possible of the aforementioned edit as HBO has premiered The Godfather Epic, which marks the first time an uncensored, commercial-free version with 5.1 audio and full HD has become available. Now available to stream on HBO GO through January 28th, it clocks in at 424 minutes, just over seven hours. – Jordan R.

Late in Cartel Land, Matthew Heineman’s bracing, ground-level examination of vigilantism on both sides of the border, the documentary entirely shifts from its expected trajectory. It’s a mic drop moment in general, but it retroactively changes the tenor of the entire story. Previously, there’s a monastic nobility and underlined fruitlessness to the actions of Autodefensas leader, Dr. Mireles and self-appointed border lawman Tim “Nailer” Foley. The movie doesn’t quite end up at the other side of the ethical spectrum, but by the end, Mireles’ seeming halo has long dissipated into a cloud of bureaucratic corruption, personal weakness, and crime. History has decided to blot out his name, and he’s powerless to fight back. Foley, meanwhile, isn’t a sympathetic character. He has views that intersect with some of the most extreme methods and philosophies of the United States, and every scene involving him and his rogue deputies is shot through with uncertainty and self-righteousness. The first half of the film is practically a running tally of successes as the camera sprints alongside the Autodefensas in a hail of bullets, as they rescue plagued towns and stage search and destroy missions of Templar cartel members’ homes. The second half though gains a fluidly ambiguous morality that’s as porously movable as the border. Cartel Land is smart enough not to make political pronouncements, but by the end, Foley’s raving fear of the unknown is palpable. – Michael S.

A Prophet‘s Tahar Ramin stars as Nazaret, an Armenian blacksmith in Mardin forced to leave his wife and two daughters in order to join the Ottoman war effort. Such a formula sadly translated to slavery and murder for 1.5 million Armenians and other minorities, but we don’t see much of that in Akin’s film. This is mainly the story of a personal journey, as Nazaret makes it out of the conflict to learn that his two daughters are still alive, somewhere. – Tommaso T. (full review)

Daniel Craig‘s residence as 007 has delivered unexpected emotion (Casino Royale), unprecedented polish for the spy franchise (Skyfall), and the major misfire (Quantum of Solace). His latest outing, Spectre, is a culmination of these predecessors in both story and execution, for better or worse. At its best, the partial return to form is an A-to-B thriller that packs enough surface-level intrigue and thrills to entertain. At its worst, its attempts to further flesh out the agent and have a timely story with Snowden-esque relevance creates a fairly muddled entry into the Bond canon. – Jordan R. (full review)

Paradoxically but not surprisingly, the filmmaking ban on Jafar Panahi has garnered him more attention as a director than he experienced during his first stint as a director — that is, the legal one. Nevertheless, the restriction of his art has led to superficially thematic similarities in his three films since the ban, all of which have to do with that ban itself. Still, to characterize the stark, probing This Is Not A Film alongside the urgent, depressing Closed Curtain and the lively, humorous Taxi is unfair. The legal situation of their maker aside, the films have little in common; reflexivity and transparency in production have long been mainstays of Iranian film. As such, Taxi should not be seen as a novelty or experiment. (And, unlike its predecessor, it really isn’t; it is overlooked more because of distribution models than anything else.) What we have is an illuminating meditation on cinema – what it is and can be, how it is nurtured and fostered, how it is distributed and recognized and treated, what powers and capabilities it can manifest – that uses its transparency and Panahi’s restrictions to further its case. Far from being blunt or didactic, as could so easily be the case, it continues to explore and complicate a constantly growing slate of issues. – Forrest C.