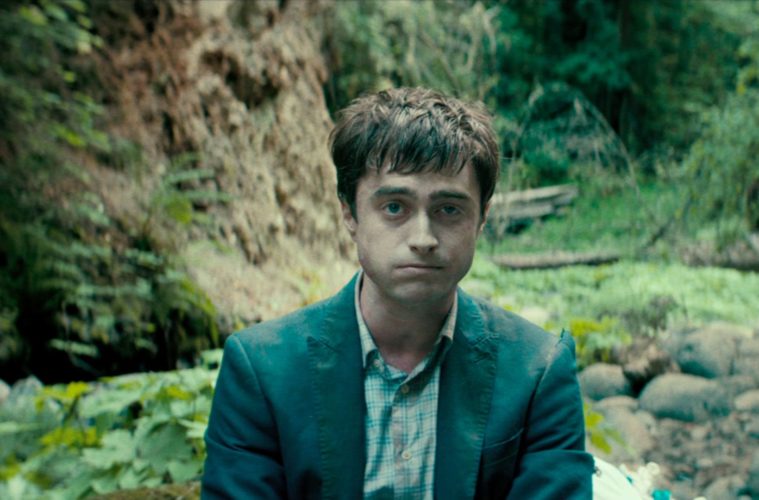 For as accomplished as Joel and Ethan Coen’s debut Blood Simple comes across as to a viewer, like any director, they can’t help but recognize their flaws. That’s not to say their newly restored debut, now available on The Criterion Collection, doesn’t look and sound gorgeous — every bead of sweat dripping down M. Emmet Walsh’s face and every gun blow feels like you’re right there in the sweltering Texas landscape — but there’s an undeniable charm in their recounting of the making of the film. Read our full feature here. – Jordan R. There are no volunteer events, community service or positive team-building exercises to be found in Goat. Director Andrew Neel is focused instead on the most vile tendencies related to frat life, notably hazing, but also the larger picture of the addictive cycle of mutually assured self-destruction. Zeroing in a perverse voyeurism of the degrading activities carried out, the environment effectively convinces even if the script (written by Neel, David Gordon Green and Mike Roberts) often comes up short. – Jordan R. (full review)

Containing a number in its title, yet blissfully not chained to franchise requirements — a decade-long gap between installments perhaps being the first clue as to a lack of continuity — Kill Zone 2 (aka SPL 2: A Time for Consequences) creates a welcome rupture within the action genre’s currently crumbling state: utterly classic in narrative beats yet unafraid to embrace the modern tools of the trade. – Ethan V. (full review)

Many of us can name more than a few Disney classics that left an imprint on our childhood in remarkable ways. However, for one family they were more significant than even the animators would have imagined. Life, Animated, which premiered at Sundance this year and won the Best Directing award, follows the story of a a boy who used Aladdin, The Jungle Book, The Lion King, and more to cope with autism. We said in our review, “An optimistic portrait of a family and personal struggle with autism and adulthood, Life, Animated is a unique exploration of themes we’ve seen in several other documentaries on the subject.” – Jordan R.

Despite most of the conversation surrounding Leonardo DiCaprio and his various on-set ordeals, Emmanuel Lubezki is irrefutably the star of The Revenant, capturing the unspoiled back country with a brisk, arresting touch. From the first action set piece, we’re immersed in the feral surroundings. A calm, patient shot moving across a brook, presenting the title, and curving up to Glass on the hunt serenely places us into his environment. When transitioning back to the camp, we meet only a few of the frontiersman in an unbroken take before an arrow bolts out of the woods, striking a man through the chest. Native Americans descend down from the hills surrounding the camp, with Lubezki’s camera hovering in and out of trees and freshly deceased bodies during the clash. In this thrilling opener, one is struck by the rare level of scale and immediacy on display. The majority of shots to follow — from vast vistas of snow-touched mountains to torches illuminating the darkness of a forest — are jaw-dropping. There’s even a glimmer of subtle optimism in visual cues, such as light peeking through the background in a moment of ultimate retribution. If you’re going to see this one, do it on the biggest screen imaginable. – Jordan R.

With each film, Denis Villeneuve proves his talent for crafting extremely effective visceral spectacles, ensnaring the viewer through expert engineering of mood and action. Yet, with each film, he undermines his achievement by attempting to aggrandize his narratives with weighty undercurrents that are, in fact, desperately vacuous. While Sicario is no exception, unlike the insufferably pretentious Enemy, it delivers a constant, exhilarating stream of elaborate and exquisitely photographed thrills that ends up largely compensating for the would-be profundity. – Giovanni M.C. (full review)

It’s rare we’d offer a recommendation of a film we didn’t love, but the mere fact that you won’t witness any other film like Swiss Army Man in this calendar year — or any other, for that matter — makes it worth a watch. Affectionally dubbed the “farting corpse drama” at Sundance this year, it finds Hank (Paul Dano) on a remote island by himself after a boating trip stranded him. Seconds away from ending this desolate existence by hanging himself, he spots a washed up body on the beach, “played” by Daniel Radcliffe. I said in my review, “This set-up could easily make for one of the silliest, off-putting films that has ever graced Sundance — in U.S. Dramatic competition, no less — yet the directing duo bring an unexpected layer of emotion to the story, even if it ends up getting eventually repetitively muddled. As Hank and “Manny,” as Radcliffe’s corpse is later dubbed, progress on their journey, themes of loneliness, isolation, true love, and more emerge.” – Jordan R.

Fair play to Walt Disney Animation Studios of late for not always venturing down the most obvious, tried and true path. Peppered in between their recent revivals of their musical formula (Tangled, Frozen) and recognizable properties (Winnie the Pooh), there’s been a full-blown foray into video game culture (Wreck-It-Ralph) and a superhero adaptation heavy on meshing together Asian and American cultures (Big Hero 6). And now, with Zootopia (or Zootropolis, as some of Europe is getting it), we have a police procedural/neo-noir that actually interrogates themes of racial stereotyping and classism, while satirizing matters like the War on Drugs. But, you know, with bunnies and buffalos. – Josh S. (full review)

The Free World (review)
The Legend of Tarzan (review)
The Lovers and the Despot (review)
Miss Stevens
My Blind Brother
The Purge: Election Year (review)