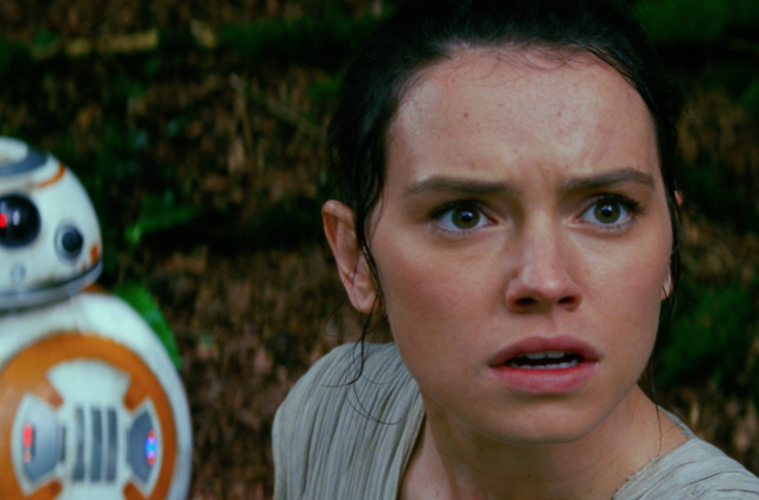 It’s easy to map out the Dennis Hopper trajectory: mid-50’s/ -60’s classical Hollywood bit player to ’70s weirdo maverick to ’90s Hollywood-blockbuster villain — or even, in more succinct terms, hippie to Bush-voting Republican. Yet even if a morphing figure, there is a tendency to zero in on the brief iconoclast period: the counter-culture icon who, for one shining moment, had it all, only to be able to say — or rather to quote his most famous film — “We blew it.” – Ethan V. (full review)

If the meditative stylings of Russian auteur Andrei Tarkovsky were applied to the martial arts genre, the end result would likely resemble Hou Hsiao-hsien’s rapturous tone poem The Assassin. As much concerned with the essence of nature as it is the essence of humanity, this endlessly beautiful film is equal parts enigmatic storytelling as it is purely enthralling cinema. Though some will find the plot obtuse and hard-to-follow, the elegance in the composition of each frame, combined with subtle use of natural sound, creates an absorbing atmosphere that will transport you to 8th-century China. Featuring a subdued yet spellbinding performance from actress Shu Qi as the titular killer, The Assassin delivers a detour from traditional tropes of the wuxia genre and instead creates a breathtaking experience full of wonder and awe. – Raffi A. One of the greatest films of all-time, Vittorio De Sica‘s Bicycle Thieves is an Italian neo-realist masterpiece. Tracking a father and his son and their search for a stolen bicycle through the worn-down, post-war Rome, the film is heartbreaking testament of survival. If you’ve never seen, make it a top priority. If you have, watch it again, now available in restored HD from Criteiron. – Jordan R.

Mélanie Laurent‘s second feature, Breathe, is an examination of proximity that’s as intoxicating as it is relatable. Favorably evoking fellow countryman François Ozon’s sensual inquiries (specifically with regard to In the House), Laurent is another voice keyed into the way friendship can bloom into obsession and consume the consciousness. The difference is that Laurent is just as enamored with the wonder of friendship as the ensuing aftermath. The high-school-aged leads — Charlie (Joséphine Japy) and Sarah (Lou de Laâge) — have opposite natures, but that doesn’t stop them from being an explosive chemical reaction, an instant, spontaneous force. Charlie is more worldly, cautious, ebbing on, but restless and unsatisfied with the conflagration of stress from school, home, and her social circles. Sarah is destabilizing; she controls the room with a slight twist of a grin, and yet the world of a healthy relationship is too small. She’s a recognizable high-schooler in her striving for more. Passion drives these women, and while scenes do flirt with sapphic undertones; this is platonic friendship as an act of seduction. They immediately fall into a rhythm of endless closeness. There are the shared rites of friendship — holding Charlie’s hair as she throws up after drinking too much, laughing about crushes, sleeping in the same bed — but these are condensed into montage, signifying the ephemeral nature of that honeymoon period; blissful realities are cut down with a single line. Sarah isn’t the usual manipulative, irrational monster that can fatally emerge in stories about obsession. Her motives are far more understandable and sad, tied to worries that are achingly universal for the average teenager. – Michael S.

Killing Them Safely is, above all, an example of excellent, ethical, fair, and balanced journalism allowing both sides to state their case. What emerges in its later passages, after the arc of its first act, is a criticism of policing that I believe to be fair: bad policing, including laziness, poor communication and training, a lack of maturity, and a reliance upon tools without further study, kills. The Taser is simply one tool and one that may be too often deployed not as an alternative to deadly force, but as an alternative to deescalation. – John F. (full review)

Early into Mediterranea, Jonas Carpignano‘s debut feature, a pair of African immigrants who’ve recently arrived in Italy are standing on the platform of a rural train station. In the background, the sign indicating location reads “Rosarno.” For Italian viewers, this image will immediately trigger an association with the two-day race riots that erupted in the small Calabrian town of Rosarno in 2010, events which received massive media coverage and caused a scandal by exposing the inhuman treatment of the region’s immigrant workers. Though the riots were reported internationally as well, they’re unlikely to have remained as firmly imprinted in popular consciousness abroad as they domestically, where they represented the most extreme manifestation of a national and continental crisis that has only been worsening for decades. Neglecting this disparity in awareness is Mediterranea’s critical weakness. Though realized with great empathy and tact, the film fails to convey the catastrophic extent of the situation it addresses by keeping its narrative too tightly focused. – Giovanni M.C. (full review)

If there’s any truth to the old chestnut that great works of art teach you how to experience them, few films exemplify it quite so fully as Jacques Rivette‘s Out 1. Then again, when so few films akin to Out 1 in the first place, comparisons will only go so far before discourse hits a wall. Or so I, in the two weeks since seeing it, have been inclined to think of a conspiracy-filled, paranoia-fueled, melancholy-drenched 13-hour movie that’s no less indebted to Fritz Lang and classic melodrama than Aeschylus and Balzac. If this weren’t a particularly good film, its restoration and subsequent theatrical release, which begins at New York’s BAMcinématek this evening, would still be something to celebrate — mostly as a signal that people with a power to save rare films are placing their resources where it counts. But given what is, to my mind, the grand scope of Rivette’s achievement — something that, if you feel it at all, might only be perceivable in full sight of the thing, when every piece can click together in one’s mind —Out 1 now stands as the great cinematic happening of 2015. – Nick N. (full review)

If Disney spent their $4 billion wisely and Star Wars really is here to stay, there will be only so many opportunities to begin on fresh ground. J.J. Abrams and Lawrence Kasdan might have planted their feet as well as possible when their opening text crawl, all set to that iconic theme, gets us up to speed with these four words: “Luke Skywalker has vanished.” It’s hardly a spoiler to say that, yes, Mark Hamill‘s now-legendary Jedi will appear before us — visibly older, somewhat weathered, a bit paunchier, and with the more-salt-than-pepper goatee that tells us we’re in the presence of a wise man — before this seventh episode irises out of its action and into the countless installments that are sure to follow. For as much as the material surrounding it can lack the fortitude to truly stand on its own, it’s this through line that finally dispels the notion of a two-hour fan service, and those stretches during which it goes into uncharted territory manage to surprise expressly because of the old tales — those of a pop-culture institution as well-known as any in the history of art — it’s building from. Star Wars: The Force Awakens is not a great film, but it flirts with that designation far more often than this lapsed fan could have ever expected. If, on a creative level, what’s contained herein is ultimately the planting of seeds that will continue growing two, four, or forty years down the line, I suspect this franchise is in its best-ever state. How fortunate that it also stands alone as a good time at the movies. – Nick N. (full review)

Concussion
The Girl in the Photographs (review)