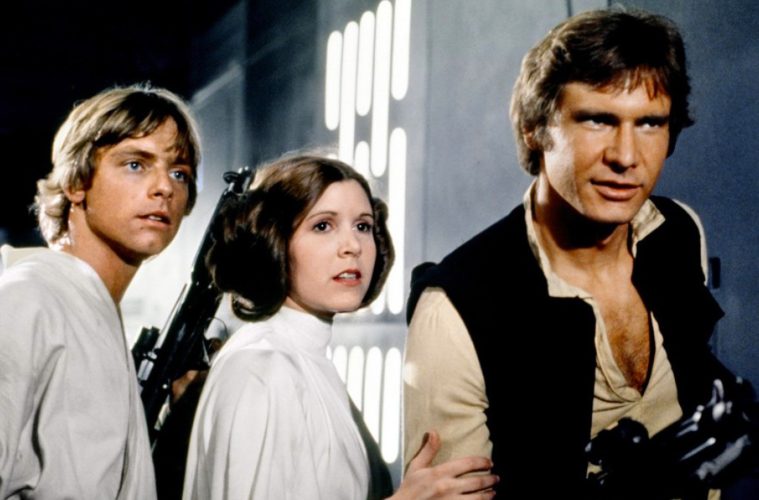 As if Sirk and the Maysles brothers had an anxiety-ridden child (don’t ask about that procreation process), Actress is one of the few functional “boundary-blurring” documentaries of late because Robert Greene, a keen observer of movement, had discovered a perfect subject and the best story for it. At one moment intimate and comfortable, at the next an unpleasant dive into an emotional maelstrom, its shape makes one wonder that the tired “we’re all actors” maxim would be tried anywhere but the documentary format. – Nick N. The best biopic of last year is also one of the most formally engrossing, two aspects that often clash. Yes, Terrence Malick‘s influence is felt in the debut of his protege, A.J. Edwards, but it’s the first film not from the renowned director to harness, not cheaply rip off, his style. With a fascinating historical approach (the voice-over dialogue comes directly from family writings regarding Abraham Lincoln) and despite never naming the iconic President-to-be, we get an intimate sense of both the harsh and tender side of his upbringing. It may not have received its proper due upon release, but I imagine few films from 2014 aging more gracefully than The Better Angels. – Jordan R.

Opening with cold, narrative efficiency, Rupert Wyatt’s remake of Karel Reisz’s 1974 film is a stylish mess. Mark Wahlberg stars as Jim Bennett, a down on his luck English professor from a wealthy family, including father Ed (George Kennedy) and mother Roberta (Jessica Lange), who refuse to fund his gabling addiction. Jim’s problem is he doesn’t know when to stop, accumulating winnings he blows for no good reason other than the thrill. He quickly becomes deeply indebted to Korean kingpin Lee (Alvin Ing) and a “business man,” Neville (Michael K. Williams), whom he arrogantly insults. After exhausting the available options Jim turns to local loan shark Frank, confidently played by a frequently shirtless John Goodman. – John F. (full review) I can see why director John McNaughton chose Stephen Lancellotti‘s script The Harvest to be his first feature length film in thirteen years, but I’m not sure it was worth the effort. There are some cool aspects to the horror thriller that may have worked better if its 104-minute runtime didn’t tick along at a snail’s pace—a shortcoming I guess he has no one to blame but himself. A lot of questions are posed, crazy becomes crazy about halfway through with a genuinely startling revelation, and yet in the end the resolution comes off as more of a “duh” than “huh.” But the biggest disappointment of all comes from realizing Michael Shannon isn’t the one flying off the handle. That’s not to say Samantha Morton wasn’t up to the task, he simply carries those expectations like a badge of honor. – Jared M. (full review)

As far as absurdly dumb, high-concept comedies go, 2010’s Hot Tub Time Machine mostly hit its mark, riffing on everything 80’s while cramming in as many crude (and mostly funny) one-note jokes as possible. Returning five years later for the sequel that one can’t imagined many asked for is director Steve Pink, the writing trio of Josh Heald, Sean Anders, and John Morris, and most of the cast, including Rob Corddry, Clark Duke, and Craig Robinson. John Cusack, however, must have used his time-travel powers to wisely foresee sitting out this stale journey into the future. – Jordan R. (full review) Art cinema — a term I use very vaguely, given its tricky historical ambiguity (as well as contemporary debates) — is often termed as such for its use of non-intrinsic cinematic modes of telling a narrative. That is, in order to set up the various formal techniques a film will use to deliver a story (or the resemblance of one), it will need to make us self-consciously aware of those techniques, creating what David Bordwell refers to as schema-based knowledge. And thus opening scenes can tell us a lot about how to watch art cinema. A great example of this can be found in Argentinean director Lucrecia Martel’s debut feature, La Ciénaga, which is now out on Criterion Blu-ray. With only three features (The Holy Girl and The Headless Woman are her follow ups), Martel quickly established herself as one of the most radical narrative filmmakers working today. If you only watch the first four minutes of her debut work, a darkly comic vision of a bourgeoisie family, it is immediately apparent how brazenly exciting her methods are, creating her own cinematic language to teach us how and what to watch. – Peter L. (full review)

A lot of fires burn in Ryan Gosling’s Lost River, consuming the wreckage of houses left standing in America After The Recession. Those images can certainly be striking — houses covered in fire will always look interesting — but that doesn’t mean Gosling is creating images that are potent or which speak to his film’s themes, characters, or really anything. Lost River is little more than “cool shots, bro.” – Peter L. (full review)

Honesty is hard to come by in the movie industry. With millions of dollars at stake, safe repetition is often the easiest, well-treaded path. My Life Directed By Nicolas Winding Refn, a 58-minute documentary about the making of Only God Forgives, challenges the norm and reveals a working director’s latest film and his struggle to figure out how to bring it to life. The film was shot by director Nicolas Winding Refn’s wife, Liv Corfixen, and it gives us intimate, day-by-day access to their life together during the six-month trip to Thailand with their two children and the way Refn tries to blend being an artist and having a family. Challenging and engaging, it’s a documentary that is perhaps more interesting and deep than the film it is about. – Bill G. (full review) Ahead of The Force Awakens this December, one can now watch all six previous Star Wars in the digital HD format for the first time. Available in a bundle or individually, the set includes never-before-seen special features, such as Star Wars: Discoveries from Inside and insightful Conversations between key contributors to the making of the two trilogies. – Jordan R.

Broken
Crank
It’s Not Over?
Pioneer
Preservation
Supermensch: The Legend of Shep Gordon