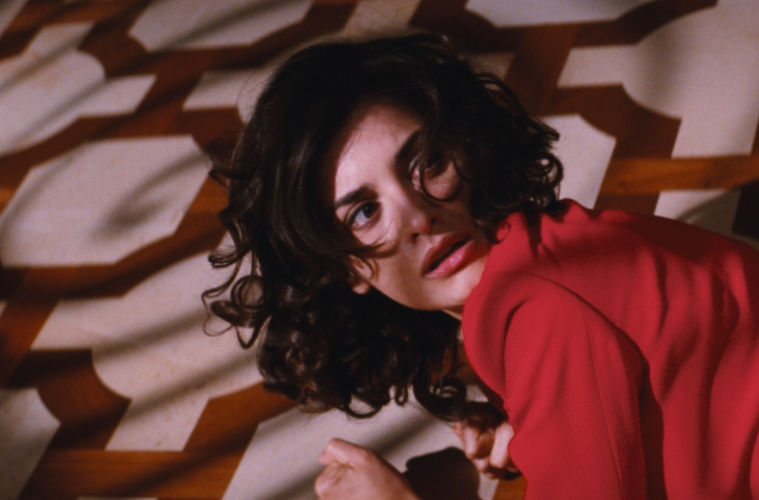 With the excess of low-budget, retreat-in-the-woods dramas often finding characters hashing out their insecurities through a meta-narrative, a certain initial resistance can occur when presented with such a derivative scenario at virtually every film festival. While Sophia Takal‘s psychological drama Always Shine ultimately stumbles, the chemistry of its leads and a sense of foreboding dread in its formal execution ensures its heightened view of a fractured relationship is a mostly successful one. – Jordan R. (full review)

CGI loses the day in Steven Spielberg’s The BFG, a partly motion-captured, eco-minded adaptation of Roald Dahl’s adored children’s book that leans so heavily on green-screen trickery that even Mark Rylance’s kind eyes — squinting out from that computer-generated abyss — can’t save it from mediocrity. The plotline of a friendly, dream-blowing giant who takes an orphaned girl under his wing has the great director’s name all over it, but those expecting something for the whole family here may feel a little let down. That is, unless fart-propelled corgis fizzing around Buckingham Palace is your kind of thing. (However, that’s nowhere near as funny as it sounds.) – Rory O. (full review)

Jafar Panahi, working with co-star Kambuzia Partovi, crafts a spiritual sequel to 2012’s This Is Not a Film that’s deeper, more mysterious, and perhaps even grimmer. What’s initially a close-quarter story of personal redemption grows into a two-headed beast: a documentary on the film you’re seeing and narrative concerning the documentation of said film. But it isn’t traveling down enough rabbit holes so as to eventually be incomprehensible — at least not when the emotional logic guiding one shot to the next is so crystal clear. 2014 offers no better option for fans of meta-textual and political cinema alike. – Nick N.

The Eyes of My Mother (Nicolas Pesce)

This film comes from Borderline Films, a production company that’s mastered the art of tortured souls in past Sundance fare like Martha Marcy May Marlene, Simon Killer and James White. The Eyes of My Mother is the bleakest of their films by some distance, and certainly the most unpleasant. In many ways, it plays less as a narrative feature and more like a terrifying thought you do your best to shake out of your head as quickly as possible. While this is clearly Pesce’s intention and the cosmetics are top-notch, the film never works as much more than a cinematic experiment solely focused on only the absolute worst inclinations of human nature. Many will respond to this positively, and it’s easy to see why. This film is so unabashedly, so unflinchingly evil that it is extremely impressive and extreme unlikeable. – Dan M. (full review)

Advances in digital technology have now given filmmakers the chance to do things that would have been impossible just a decade ago. With this bold new power comes a slew of possible pitfalls, which we see in movies both large and small. Computer animation can be distractingly bad, pulling us out of the movie with its sheer artifice, or it can be too large, striking a realistic posture while doing things that are, in our mind, impossible to scale with reality. It may be the curse of The Jungle Book that its legacy will be defined by the way it charts a new pitfall for computer animation – that it can be so good and so real that it becomes almost impossible to focus on the story, for better and worse. – Brian R. (full review) If you need to catch up before Julieta on the films of Pedro Almódovar, now is your chance. All 19 of his previous films are now available on iTunes — 9 available in HD for the first time in the United States — featuring Pepi, Luci, Bom, Labyrinth of Passion, Dark Habits, What Have I Done To Deserve This?, Matador, Law Of Desire, Women on the Verge of a Nervous Breakdown, Tie Me Up! Tie Me Down, High Heels, Kika, The Flower of my Secret, Live Flesh, All About My Mother, Talk To Her, Bad Education, Volver, Broken Embraces, The Skin I Live In, and I’m So Excited!.

Unburdened by expectations — unlike some Sundance alums who have carried the weight of Hollywood’s biggest franchises — David Lowery is the ideal director to take on a new version of this fantastical adventure about a boy and his best friend. Carrying on a lyrical, timeless approach that served his break-out drama Ain’t The Bodies Saints so well, his update of Pete’s Dragon has an emotional sensitivity, aesthetic clarity, and all-around sense of fun that creates what feels like an unearned miracle in the current summer tentpole season. – Jordan R. (full review)

“But I didn’t do anything,” cries Larry Gopnik at one point during Joel and Ethan Coen‘s A Serious Man, their beautifully deadpan ode to growing up Jewish in the suburbs of 1960s Minneapolis. He’s absolutely right. As Larry’s life unravels around him, his marriage dissolving and professional reputation at risk, he frets, panics, and worries while remaining meekly immobile. He dreams of a psychedelic sexual affair with the kooky woman next door and of saving his poor misunderstood brother; in reality, Larry is frozen, incapable of even explaining to the Columbia House Record Company that his kid forged his name on an application. Larry’s Job-like story mines the biggest laughs from its marvelous ensemble, particularly the horrified reactions of star Michael Stuhlbarg, which work as comedy because he plays them as drama. Impending dread and soul-crushing hopelessness have never been funnier. Nerve-jangling and bleakly hilarious, A Serious Man is a darkly orchestrated fable of unrelenting doom. – Tony H.

Dozens of zombie films come out every year, and yet every one of them is being dictated by a rigid moral logic. Characters are placed into categories of heroes and villains – the characters who care about themselves, and those who care about others. Few zombie films have ever made this schematic more transparent than Yeon Sang-Ho’s Train to Busan, an occasionally smart, and very entertaining zombie film that makes final judgments about nearly every major and minor character within thirty seconds of their first appearance. – Michael S. (full review)

The gorgeously rotoscoped Waking Life is a dream within a dream within a film. Its plotless narrative is told from the perspective of a nameless dreamer, an utterly passive protagonist (Wiley Wiggins from Dazed and Confused) who enters town on a train and proceeds to drift from conversation to conversation, experience to experience. Boasting uproarious performances from Julie Delpy, Ethan Hawke (both reprising their Before roles), and even nut-ball conspiracy theorist Alex Jones, the film marks a return to a structure Linklater previously employed on his debut feature, Slacker. We follow one character for a while and then abandon them for another, a freeform stream-of-consciousness narrative that even ditches its own protagonist for multiple scenes at a time. One of the most memorable moments involves weirdo raconteur Steven Prince, of Taxi Driver fame, telling yet another harrowing true-life story as he did in Scorsese’s documentary, American Boy. As the mysterious Boat-Car Guy says, “The ride does not require an explanation — just occupants.” Likewise, Waking Life does not require an explanation — just an audience. – Tony Hinds

Testing the patience and sanity of its audience, White Girl plays like one of those nights where a friend lets their freak flag fly while you’re the sober one explaining why what they are about to suggest is not a great idea and will probably get you arrested. We’ve all been there before, usually around sophomore year of college, which is where Leah (Morgan Saylor) finds herself. – John F. (full review)

The Fighter
Lars and the Real Girl
Love is Strange (review)