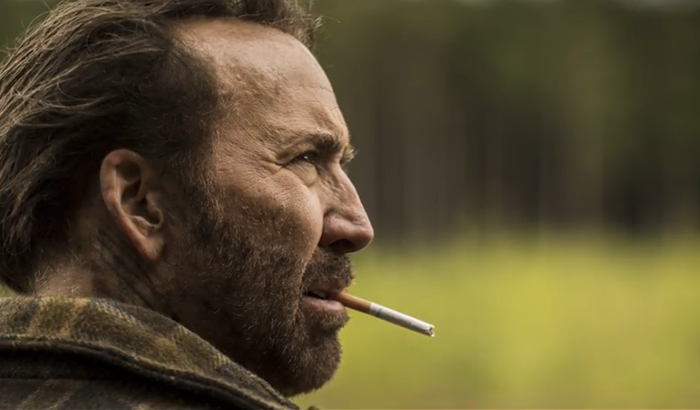 New to Streaming: ‘Mandy,’ ‘The Land of Steady Habits,’ ‘Solo: A Star Wars Story,’ and More

In director Wilma Labate’s Arrivederci Saigon (Goodbye Saigon), we follow four Italian women who were unknowingly sent to Vietnam for three months to stand alongside American soldiers, performing music for them nightly, under the guise of their manager sending them on a world tour. Labate immediately makes the connection between these women and the American soldiers through the factor of not having a choice in the matter. For the Americans, this was obviously the 18- and 19-year-old boys who were called through the draft to fight a war that some didn’t agree with and none understood. For Viviana, Rosella, Daniela, and Franca this wasn’t their Budokan Hall. It would be a hell they never anticipated. – Willow M. (full review)

Hearts Beat Loud, directed by Sundance mainstay Brett Haley, is a film made of optimism. Starring the immensely likable Nick Offerman and Kiersey Clemons, it tells the story of a father and daughter who bond during the summer before she leaves for college by starting a band together. Set and shot in Red Hook, Brooklyn, this film is often slight but always welcoming. The two leads have a pleasant chemistry that elevates each exchange and build out a meaningful–and meaningfully deep–relationship that’s easy to engage with and root for. – Dan M. (full review)

Gaston Solnicki’s previous film Kekszakallu, which placed him on the festival circuit radar, resembles a documentary. A film about a group of teenage women born into wealth, Solnicki takes a landscape approach, representing their anxieties regarding a premature coming of age with loaded imagery that exposes the oppressiveness of setting. Rather than focus on significant events or major actions as films tend to do, Solnicki characterizes his ensemble by reflecting on their routine, arguing for the value inherent in mundane circumstances. – Jason O. (full review)

A title like Promised Land can be appreciated for its duality: primarily meaning a land of promise but also, in another sense, a land that was promised. We’re talking about the United States of course, or rather filmmaker Eugene Jarecki is in his latest documentary. It’s an abstract road movie, fueled on disillusionment and rock and roll, and one that attempts the quite ambitious task of sketching out a narrative line to link the rise and decline of the nation with the rise and decline of Elvis Presley. If Jarecki struggles a little with this alchemy at times it is because Promised Land is essentially three movies in one: a detailed account of the King’s career; a loose account of the last 80 years of American politics; and a musical performance film. It can be a little jarring to shift between those gears but the director has form with this kind of sprawling state of the nation documentary (as seen with The House I Live in) and manages to keep things running along smoothly. – Rory O. (full review)

Nicole Holofcener is known for her character-driven stories and snappy, melancholic dialogue, which for her five previous films have all been (mostly) driven by women. However, the lead of her upcoming film The Land of Steady Habits, which premiered at TIFF and quickly landed on Netflix, is Anders Hill, played by the always-great Ben Mendelsohn. He plays a retired man who decides to quit his life of “steady habits” in Connecticut, leaving his wife Helene (Edie Falco) in the process. – Stephen H.

Memories of My Body (Garin Nugroho)

Gender complicates everything. It dictates how our we live our lives. The image that we project is usually aligned with the image we were saddled with at birth, but sometimes these two things become dissonant, making the person abstract in the eyes of a vicious public, and making life that much more difficult. In Memories of My Body, that is the case, as a young Indonesian boy Juno suddenly finds himself at odds with all things masculine, and gravitates towards activities that could be considered more feminine. – Willow M. (full review)

Rare is it that one gets to see a performance as strong as Andrea Riseborough’s in NANCY. Written and directed by Christina Choe, the film concerns a thirty-something woman living in Oswego, New York who begins to suspect she was abducted when she was a child. Following the death of the woman that raised her (Ann Dowd), the titular Nancy reaches out to a couple (J. Smith-Cameron and Steve Buscemi) whose daughter disappeared thirty years prior, as she learns from the local news. Cautious but hopeful, they take in the young woman while they attempt to confirm she is their long-lost child. What they don’t know about her will soon cloud circumstances and complicate the visit. – Dan M. (full review)

I’d be curious to see how Solo plays out to the casual observer. Ron Howard’s sci-fi jaunt is rife with “Oh look!” moments that track for anyone in the know (which is a large swath of the audience, but still), but lack significance or context when viewed in a vacuum, or even chronologically. The second entry in Disney/Lucasfilm’s likely endless Star Wars Stories after 2016’s Rogue One, these auxiliary tales are starting to look less and less like true standalone efforts, picking up the bad habits of one too many convenient tie-ins from their MCU cousins. – Conor O. (full review)

Is The Wild Boy indescribable? On the most fundamental level, the directorial debut feature of Bertrand Mandico is certainly not: its structure and central conflict is more-or-less a direct cross between the rebellious coming-of-age story and the sea adventure. But it would be equally misleading to say that this film is in any way stale, rote, or conventional. For this is one of the more truly strange visions from narrative cinema in the past few years, one that dares and succeeds as much as it fails. To call it bizarre would be an understatement. – Ryan S. (full review)

The Children Act
The Guardians
Slice

Champagne Charlie
Went The Day Well?
Tiny Furniture
The Pleasure of Being Robbed
Disorder
The Life and Adventures of Nicholas Nickleby